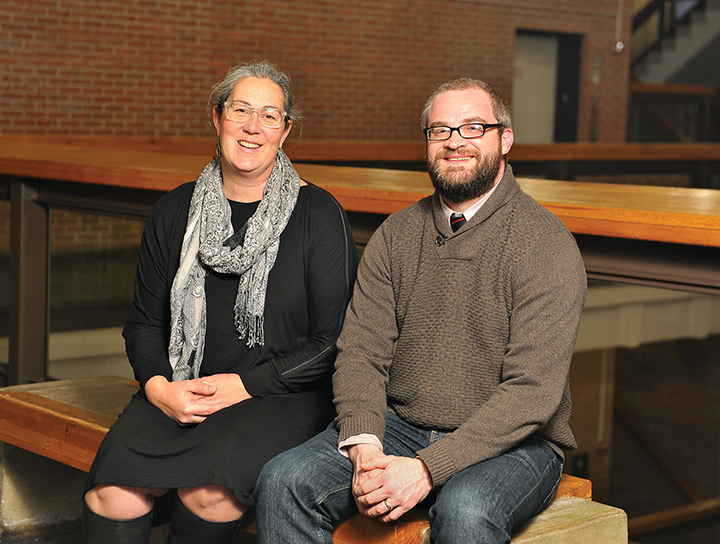 Researchers Meredith Kleykamp and Thomas Crosbie are conducting a study on the evolution of military professionalism. It is the first on this subject in 60 years and was made possible by a grant from The Army Research Institute.

University of Maryland researchers received an $810,000 fund from the The Army Research Institute to conduct a study of modern-day military professionalism, the first of its kind in almost 60 years.

The university’s Center for Research on Military Organization will revisit a 1960 study called The Professional Soldier, an influential book tracing what it means to be a military professional in the United States, said Thomas Crosbie, a research associate with the organization.

“Even though people keep referring to it and drawing from it, in terms of new research, its basic theoretical claim and its empirical evidence have fallen out of date,” Crosbie said. “So our project is to basically redo the project, and updating it in order to figure out what it means to be a professional in the military today in the United States.”

There are three aspects of collecting data for the project, Crosbie said. The first develops a database for historical biographies to look at the career paths of current generals. The second creates surveys that target students at war colleges and the third involves interviewing generals, admirals and some junior personnel.

Being a professional can have different meanings to many people, said Meredith Kleykamp, the organization’s director.

“Part of the motivation for the study is professionalism gets used as an umbrella solution to a whole host of problems and challenges that the military’s been facing,” Kleykamp said. “That could run from sexual assault, sexual harassment to people cheating on exams who are going to have nuclear codes in the Air Force.”

While these are all very different problems, Kleykamp said, the go-to solution is often “be more professional.”

“Sometimes it means acting like a professional,” she said. “We think about it as going beyond … just acting professional, you know, being upstanding in some way, but really having a sense for the obligation that comes with your role.”

But people in the military don’t agree about who is a professional, Crosbie said.

“In the ’60s, it was very clear that a military professional was a member of the officer corps, who was making his career as a military officer,” he said. “But now there are people who are civilians who’ve never been in uniform who are considered professionals by some people.”

This includes Army and Marine civilians, people who are enlisted, mercenaries and more, Crosbie said, which makes the boundaries of who constitutes a military professional “hotly contested.”

“But then again, we still have the same kind of idea that everyone will be good at their job if they just be a professional, even though we don’t know what that means or who it applies to,” Crosbie said.

Christine Addo, a student assisting Kleykamp and Crosbie by coding data from 800 biographies of active or retired officers, said she chose to be a part of the study because she finds military life “fascinating.”

“It is vital that information in this field is updated in order to address current issues facing those in the military,” the sophomore psychology major and military studies minor said.

Addo said she also plans to get a doctorate in industrial organizational psychology and join her twin in the Navy as a research psychologist.

Senior criminology and criminal justice major Michael Osher, who is also assisting with the project by helping create of the study’s survey, said he became involved after taking Kleykamo’s sociology course on what society owes veterans.

“I hope that we can create a study that may be used as a template for measuring issues of professionalism, education and ethics for future researchers,” Osher said.

Kleykamp said she and Crosbie understand what it means to be a military professional looks different now than in 1960, especially with women in the military and with the repeal of Don’t Ask Don’t Tell, which allowed gay members to serve openly in the military.

“Transgender issues are the next issue on the horizon,” Crosbie said. “We’re very aware, and the military’s very aware that there’s all of these waves of critique from outside trying to bring the military’s traditional culture more in line with the rest of American society.”