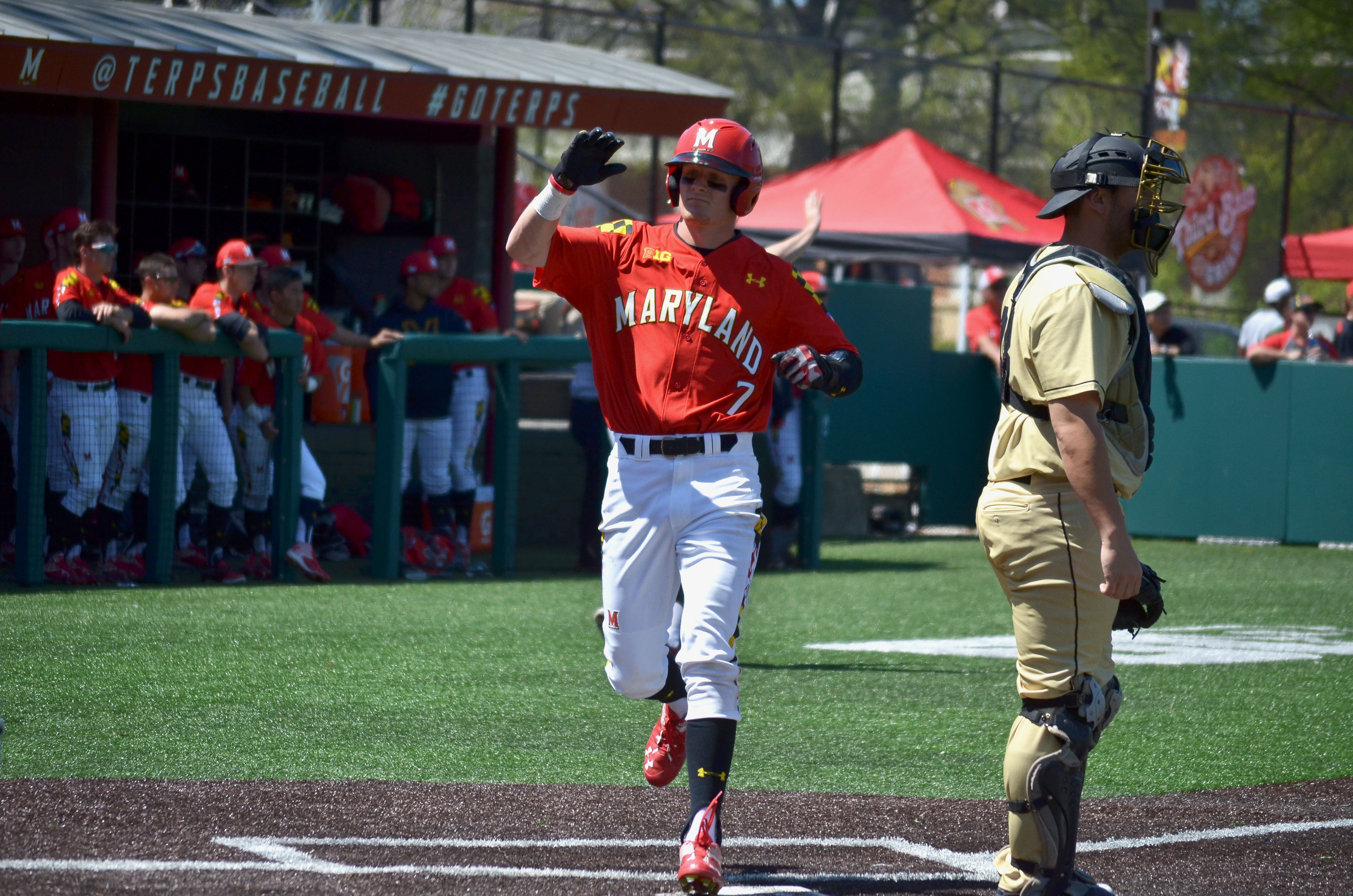 Maryland baseball center fielder Zach Jancarski has struggled to find a consistent spot in the field this season, as outfielders Marty Costes, Madison Nickens and Anthony Papio bring more power at the plate.

Still, Jancarski has logged 10 starts, and the Terps have emerged victorious in his last three.

So with the Terps searching for a spark Saturday afternoon after falling to Purdue in the first game of the series, coach John Szefc turned to the sophomore.

The move paid off, as the Terps won Saturday and Sunday to clinch the series victory, and Jancarski notched a combined three runs and drew two walks in his two starts. Jancarski hopes to continue providing the Terps (21-18) with an energy boost as Maryland travels to James Madison (17-23) on Tuesday night.

“Good things seem to happen to that guy,” Szefc said Saturday. “It’s hard to explain, but he always seems to be in the middle of good stuff, individually and for us. We needed something good to happen [Saturday], so we started him.”

Like he had in previous opportunities, the East Norriton, Pennsylvania, native took advantage of his increased role.

At VCU on March 30, Jancarski hit his lone home run of the season over The Diamond’s 10-foot wall. Szefc said he had never seen someone clear the fence in that stadium before.

On April 8, Jancarski scored the walk-off run against Ohio State after he recorded Maryland’s first hit of the contest in the same inning. When he reached base before his game-winning score, Jancarski jumped in the air, pounding his fist in excitement.

“He brings a ton of energy,” Papio said. “He really brings everybody else up and gets everybody else fired up when he makes big plays. That’s going to be a big part of what we got going down the road.”

Jancarski said his speed is one of his best skills, and that quickness was on display again Sunday. After Boilermakers third baseman Brett Carlson failed to control Jancarski’s knock in the seventh, one of Purdue’s three errors in the frame, Jancarski beat out Carlson’s throw to first to give the Terps a runner with one out.

Jancarski said he focuses on reaching base so his teammates can drive him in. Two batters later, shortstop Kevin Smith came through with a single.

Aside from his physical traits, Szefc said one of Jancarski’s best characteristics is his personality.

The coach said Jancarski is a team-orientated player and helps keep the mood light in the dugout by cracking jokes with players when they’re struggling.

“I like to joke around,” Jancarski said. “At the end of the day, you’re playing the game you love at an extremely high level. I just try to bring out the best in everybody.”

Added Szefc: “He’s the kind of guy you’d want to hang out with.”

So when the Terps offense only managed one run in Friday’s defeat, Szefc turned to Jancarski because he knew the six-foot, 184-pound outfielder could boost his teammates’ energy by exerting his own.

“I’m going to give it my all every single time,” Jancarski said. “I’ll run through a wall for these guys if I have to make a catch.”