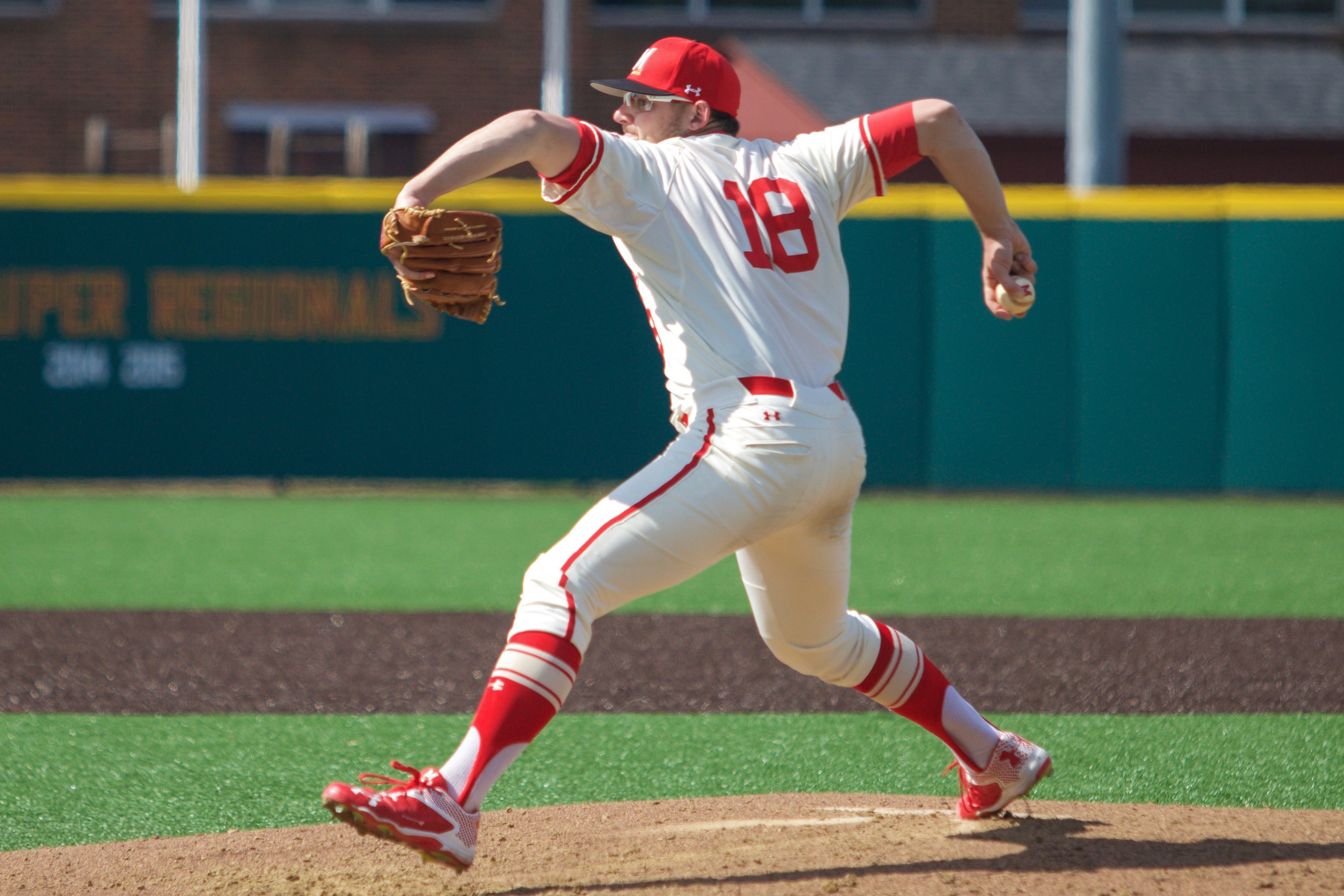 But Shawaryn was too focused on shutting down the Nittany Lions’ order to revel in his latest accomplishment. It wasn’t until after his complete-game, one-run outing that the Carneys Point, New Jersey, native collected the record-setting ball for safekeeping.

“It’s a true honor,” Shawaryn said. “There’s a lot of guys to come through here and play pro, and to be considered with them is pretty special.”

Along with Shawaryn’s achievement came a dominance many Terps fans came to expect from him last season in his All-American campaign. He allowed four hits and struck out six over nine innings, helping the Terps to a 7-1 win. Szefc’s team would go in to win the series with Penn State after splitting a doubleheader Saturday.

“He’s been sharper in his last two starts,” Szefc said. “The command has improved vastly as the season goes on.”

The junior right-hander knew his team was playing two games Saturday, so he did his best to work efficiently and save the bullpen. Shawaryn said his goal was to get up early on the Nittany Lion batters with his fastball while keeping them off balance with his off-speed pitches. The game plan worked, as the Nittany Lions’ only run came off a fielder’s choice in the sixth inning.

After going 13-2 with a 1.71 ERA and 138 strikeouts last season, Shawaryn’s numbers have dipped this season. Shawaryn already has three losses, and his 3.26 ERA is the worst among the Terps weekend starters.

Still, opposing hitters are batting .189 against Shawaryn this season, the lowest mark on the team.

“Everybody has ups and downs,” Szefc said. “The numbers aren’t what they were in the past so people will wonder what’s wrong. Their good numbers, just not tremendous.”

Szefc also said many of Shawaryn’s early losses came from a lack of run support. Before Friday’s match-up with Penn State, Shawaryn received two runs or less in four of his six starts.

“I ran into a tough patch,” Shawaryn said. “The most important thing is to learn from it and make sure it doesn’t happen again.”

While the season hasn’t been the sequel to last season’s campaign, Szefc is confident that Shawaryn can finish the season strong.

After all, he’s seen his star pitcher thrive since arriving in College Park a few years ago.

“He’s been a real model guy for the program,” Szefc said. “First the win’s record and now this. He’s a pretty big face of this program, and he’s earned this all.”