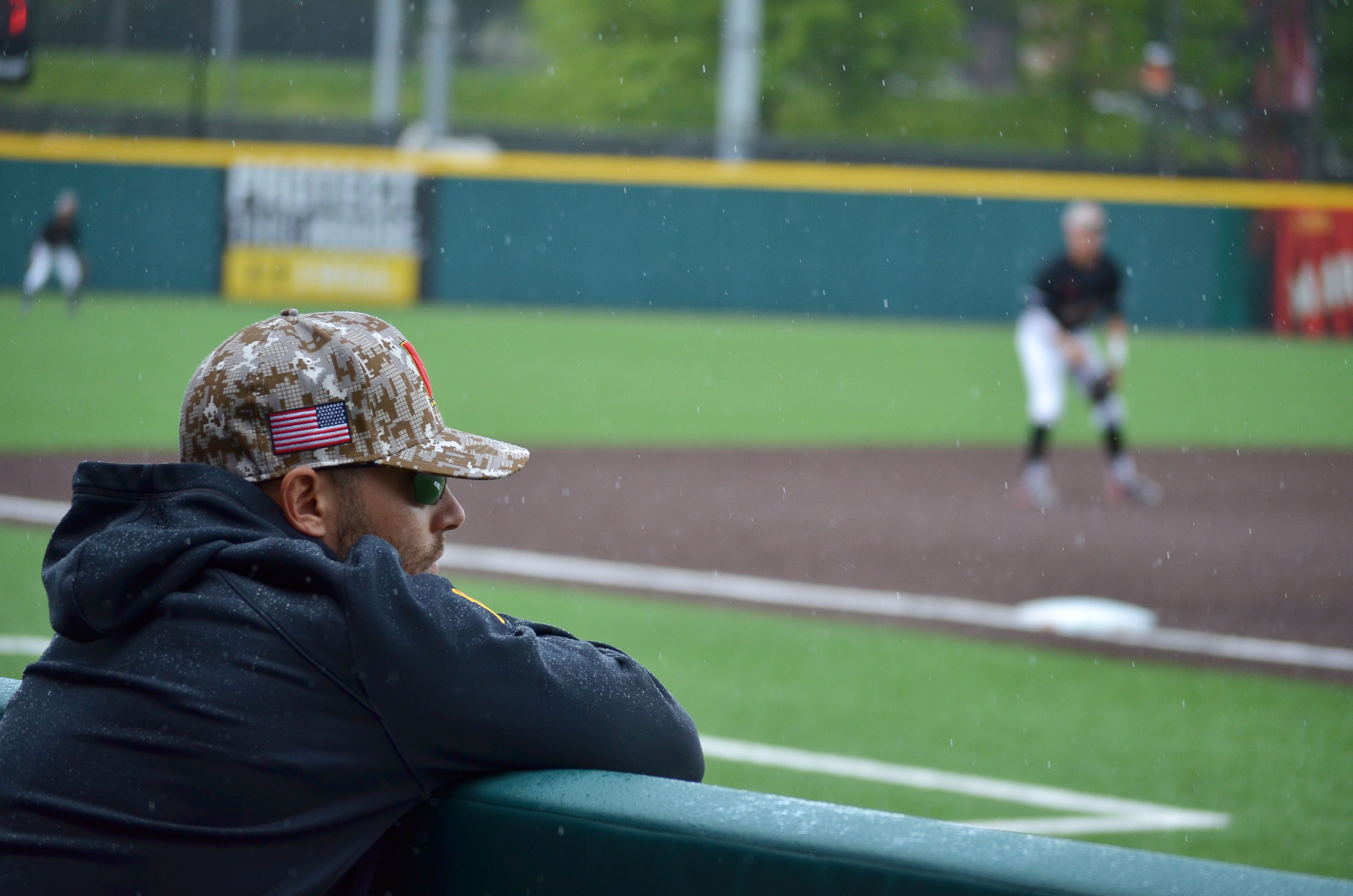 The Maryland baseball team entered its series with Illinois this past weekend sixth in the Big Ten standings, a spot that would qualify the Terps for the eight-team conference tournament field.

Still, coach John Szefc said it was crucial his squad win the rest of its Big Ten series if it wanted to seal its spot in the conference tournament and also make the NCAA Tournament for the third straight year.

After splitting their doubleheader Saturday, the Terps had a chance to claim the three-game set a day later with right-hander Brian Shaffer, who entered this weekend with a 2.78 ERA, on the hill.

But the offense managed four runs, while the pitching staff allowed Illinois to score three times in the final two innings in the Terps’ eventual 5-4 defeat. Szefc’s team is now 3-3 in Big Ten weekend series.

“This is an interesting group because sometimes they get right to the end of the pier, they look over it and they take a step back,” Szefc said. “We didn’t have good at-bats when he needed them [Sunday]. We kind of gave up late. That’s happened to us a far amount. It’s not anything new unfortunately.”

In the first game of a doubleheader Saturday, the Terps offense recorded three hits in a 4-2 loss. Szefc said Illinois right-hander Cody Sedlock, who holds a 2.82 ERA, is the best pitcher the Terps (25-21, 10-8 Big Ten) have faced all season. Sedlock didn’t allow a baserunner after the second inning.

Szefc told his team not to let one lapse in the first contest define its doubleheader, and the Terps responded with a late-inning rally against the Fighting Illini hours later.

While Maryland’s offense struggled again early on in Game 2 — the Terps did not record a hit until the fifth inning — right-hander Taylor Bloom, who threw his fifth complete game of the season, held the Fighting Illini (25-20, 9-9) off the board for the first six frames,

When Bloom allowed Illinois to plate the game’s first run in the top of the seventh, the Terps immediately erased the deficit.

With two runners on and two out, shortstop Kevin Smith hit a three-run home run to put the Terps ahead. In a contest Smith said was “a must win,” if Maryland wanted to be in good position to make the Big Ten tournament, the sophomore’s blast gave the Terps all the offensive production they needed in a 3-1 victory.

“We put the pressure on ourselves to come out and play a good game,” Smith said Saturday. “To get a ‘W’ and for Bloom to throw as well as he did, that was really big for us.”

It still seemed as though the Terps wouldn’t be able to claim the series, especially after Shaffer allowed Illinois to load the bases with one out in the eighth inning Sunday and went on to score two runs off right-hander Ryan Selmer to take a 3-1 lead.

But in the bottom of the frame, Maryland came back. Third baseman Andrew Bechtold and center fielder Zach Jancarski each provided RBI singles to tie the game.

The Terps had the momentum, only to see right-hander Mike Rescigno allow Illinois to plate the go-ahead run in the ninth inning in their eventual one-run defeat.

“[Sunday] was not the bullpen’s fault by any means,” Shaffer said. “You don’t load the bases with one out in the eighth and expect someone to pitch you out of it. We have complete trust in the bullpen, but today was not one of those days. Today was a difficult day.”

Szefc said Maryland would still be in “good shape” if it can win its final two conference series against Rutgers and Michigan State, who entered Sunday ranked 11th and fourth in the conference, respectively.

But to do so, Szefc said the Terps must fix the offensive inconsistency that’s plagued them all season.

“We were a little bit up and down [Sunday],” Jancarski said. “That’s kind of how the whole weekend went.”