“Either maintain it, or don’t plant it”: College Park will remove trees after backlash 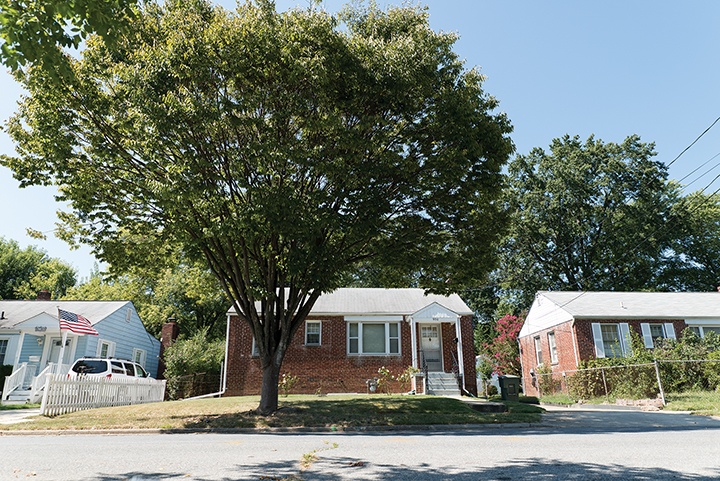 According to neighbors, the city of College Park planted these trees in front of homes along Wichita Ave. The trees have caused damage to side walks as well as the sewage piping in their front yards (Ryan Eskalis/For the Diamondback).

The city planted the trees without resident approval in 1999, according to council records. But the council rejected a 2013 proposal to remove the trees because of opposition from the city’s Tree and Landscape Board, according to a Sept. 6 mayoral update.

“I think the city made a mistake in this situation [17] years ago when we planted those trees, and that we failed to consult with the residents to see if that was what they really wanted,” Wojahn said.

Residents told the council that the tree species, Zelkova, is the issue, District 3 Councilwoman Stephanie Stullich said. There are only four Zelkova trees planted in College Park, Stullich said, all of which are located on Wichita Avenue.

Stullich added an amendment to Tuesday’s proposal to remove the trees — including 24 resident signatures supporting it -— that calls for the city to not replace the trees once they are removed.

The trees will be disposed of because moving such a large tree and keeping it alive is expensive, Stullich said.

“I’m just not convinced that the species is the problem,” Stullich said. “I think that if we plant new trees, and they continue growing, 15 years later, it may be a different situation.”

Residents said the tree roots clogged pipes and that the trees had birds living in them that made too much noise, Stullich said.

Tina McCloud, a city resident who has lived on Wichita Avenue for more than 20 years, said roots from the city-planted trees grew into her neighbor’s water pipes.

“She had to … dig it all out and excavate it, and she had to pay the price,” McCloud said. The city should “either maintain it, or don’t plant it,” she said.

“College Park is a tree city, [and] I think that’s a good thing. … We’ve affirmed our intention to have diverse trees throughout the community,” Stullich said. “And we certainly work toward that by planting trees regularly.”

The city plants hundreds of new trees every year, she said.

In the future, Wojahn said the city should be more careful to make sure that residents have more input when the city plants trees in front of their properties.