The University of Maryland is tight on parking. Here’s how they’re handling it. 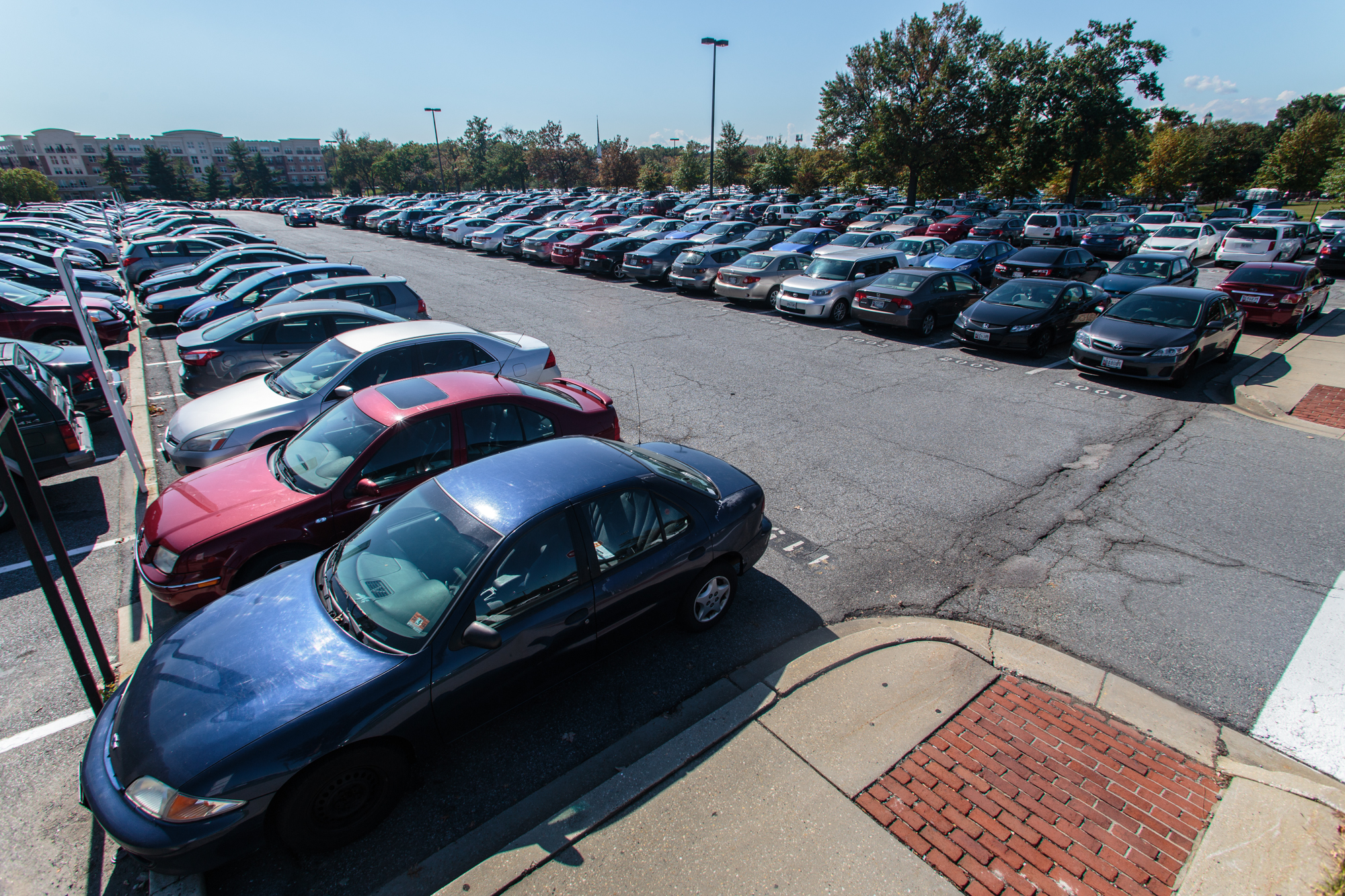 Faculty, staff, commuters and even students who keep their cars on campus might have noticed the lack of parking spaces at the University of Maryland.

And it’s not much better at the city level. College Park is one of the worst college towns in the country to own your own car, according to a recent study. Overall, it ranked 91st out of the 105 college towns compared in the study.

But why, at such a big university, is parking so hard to find?

The main reason is construction, according to Bill Olen, the university’s capital projects director. He said the construction for St. John’s Learning and Teaching Center, A. James Clark Hall, Cole Field House and the Brendan Iribe Center for Computer Science and Innovation have all cost the university parking spaces.

Between the four projects, 646 parking spots are now gone and 1,324 will be gone with the completion of Cole Field House, said David Allen, Department of Transportation Services director. But the 61 parking spots lost from St. John’s construction are only temporary, he noted.

Even more bad news for the parking permit-holders — which amount to almost 21,000 students, staff and faculty — more on-campus construction for the upcoming Purple Line will result in more parking spots being eliminated in the upcoming years. The project is slated to get rid of 550 parking spaces. The innovation district construction in lot 7 will eliminate 125 spaces, and the new school of public policy will dispose of 122 parking spaces, Allen said.

Ethan Pedoeim, a senior computer engineering major, commutes to the campus every day and parks in Lot 9. He said the loss of parking is a huge issue.

“My biggest complaint right now is the fact that they keep limiting commuter parking spaces and getting rid of or closing off parking lots for construction,” he said. “They keep changing the restrictions on some lots without making it clear to everyone, and … it sucks that I pay almost $300 to park in a single lot on the outskirts of campus for the bulk of the day.”

There are 18,558 parking spaces on the campus, but after 2018, that number will drop to 15,749 spaces, according to the DOTS’ 2015-16 annual report. But DOTS has a plan to affect less commuters: prohibiting freshman and sophomore residents from parking on the campus.

“Depending on how the additional losses spin out, if we have more construction, we would have to either restrict more resident students, restricting juniors if we have to,” Allen said. “In general, we have a buffer of 1,600 spaces that people don’t use [each] day, but because of this construction, we have to eat into that buffer.”

In the past, DOTS has combatted construction by adding in more parking garages, Allen said.

“I have been here for 30 years and parking losses due to construction have always been the case,” Allen said in an email. In the past 20 years, three garages with a total of 3,600 spaces have been built due to previous parking loss, he added.

There is always talk of putting more parking garages on the campus, but in the past 10 years, a parking garage has been proposed in lot 11 across from Xfinity Center, Allen said.

The garage would have about 3,000 spaces, which would allow even more people to park at this university, but the cost of creating it would be more than $100 million, resulting in much larger fees — a 35 percent increase for all students who buy parking permits, Allen said.

For now, the parking garage proposal will not move forward, he said.