The party’s over; With Trump, the GOP gives up its monopoly on values 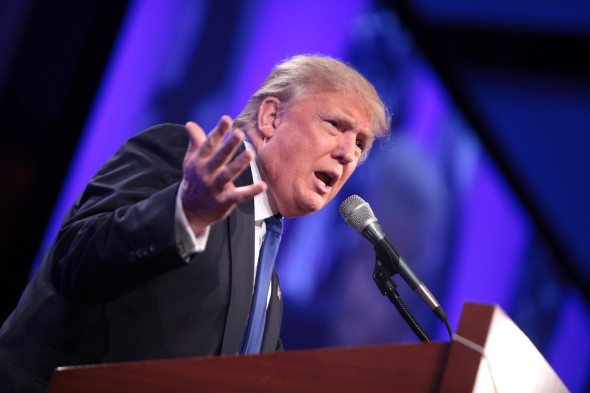 The latter may still be true, but for decades the GOP has tried to run against the first bit of that age-old phrase.

Then, they nominated Donald Trump and he blew the whole thing up.

Because now, Grand Old Party, you are no longer the exclusive party supporting the troops because your nominee questioned whether Sen. John McCain, one of your greatest members, was a hero because he suffered as a prisoner of war in Vietnam.

You are no longer the exclusive party of family values because your nominee, in a recently released video recording, bragged about his ability to freely commit sexual assault and his attempt to “fuck” a married woman.

You are no longer the exclusive party of religion and spirituality because your nominee believes that Muslim people — who pray to the same conception of God that Christian and Jewish people do — ought to be unilaterally barred from entering this country.

You are no longer the party of the Constitution because while you may wholeheartedly uphold the Second Amendment — even as no lefty army traverses hills en route toward your myriad guns — your nominee has functionally advocated for a gutting of the first in remarks calling for expansions to libel laws.

Furthermore, he has advocated in debates for policies such as stop-and-frisk, which was found unconstitutional, and in speeches for religion-based immigration bans that are against the intent, text and extrapolation of our governing document’s Bill of Rights.

You are no longer the party of patriotism because, besides your nominee frequently praising Russian dictator Vladimir Putin, his policy proposals have consistently taken a stance against almost everything this nation stands for.

You are no longer the thousand points of light, charitable party because The Washington Post recently revealed that it appears your nominee hasn’t donated significant sums of his own money to charity in years.

You are certainly no longer the party of apple pie, as your nominee this cycle is decidedly more orange.

So just stop it, GOP.

Stop asserting I am not American enough because I freely admit our country’s past is lousy and that we must amend it.

Stop intimating I don’t support our fighting men and women because I want to see them fight and die less.

Stop emasculating me because I find the sight of a large automatic weapon revolting and upsetting.

Stop implying I live in Whore of Babylon levels of sin because I feel values can move beyond the Scriptures.

Stop implying I am perverted because I acknowledge that my friends and neighbors might not fit into the boxes of sexuality and gender that have been incongruously prescribed.

Stop telling my female friends that they are sluts because of what they wear, how they use contraception or how they choose to approach an unplanned pregnancy. Stop blaming them for the harassment and assault perpetrated by your esteemed nominee and people like him.

Stop thinking I hate police officers because I admit they treat me differently than my counterparts of color.

And stop telling my counterparts of color it’s their fault for being targeted.

But I guess I shouldn’t be surprised by your nominee.

For my entire life, you’ve told me I’m not man enough, not American enough, not strong enough. You’ve veiled it at times and you’ve painted it as a positive; something to build grit.

But now it’s clear and obvious: You’re the schoolyard bully of politics.

The one who hates gay people because to embrace them would acknowledge sexuality as a spectrum.

The one who hates women because to value them would mean acknowledging the femininity that exists within men.

The one who hates people of color because to recognize them means to acknowledge an uncomfortable path of white privilege tracing back centuries.

Then, that schoolyard bully grows up, though, and you see the shell of a person he becomes.

You see a husband and father talking about grabbing women’s genitalia. You see a college graduate crudely impersonating a reporter with a disability. You see a business owner wailing about jobs being taken by China.

You see the worst nominee either party has ever put up for elected office. And the whole Party of Lincoln sham falls apart.

Sweet dreams, GOP, because the death of your party is going to be a nightmare.

Evan Berkowitz, a Diamondback design editor, is a junior journalism major. He can be reached at evanjberkowitz@gmail.com.