For some, College Park’s new weekly 5k isn’t about running at all 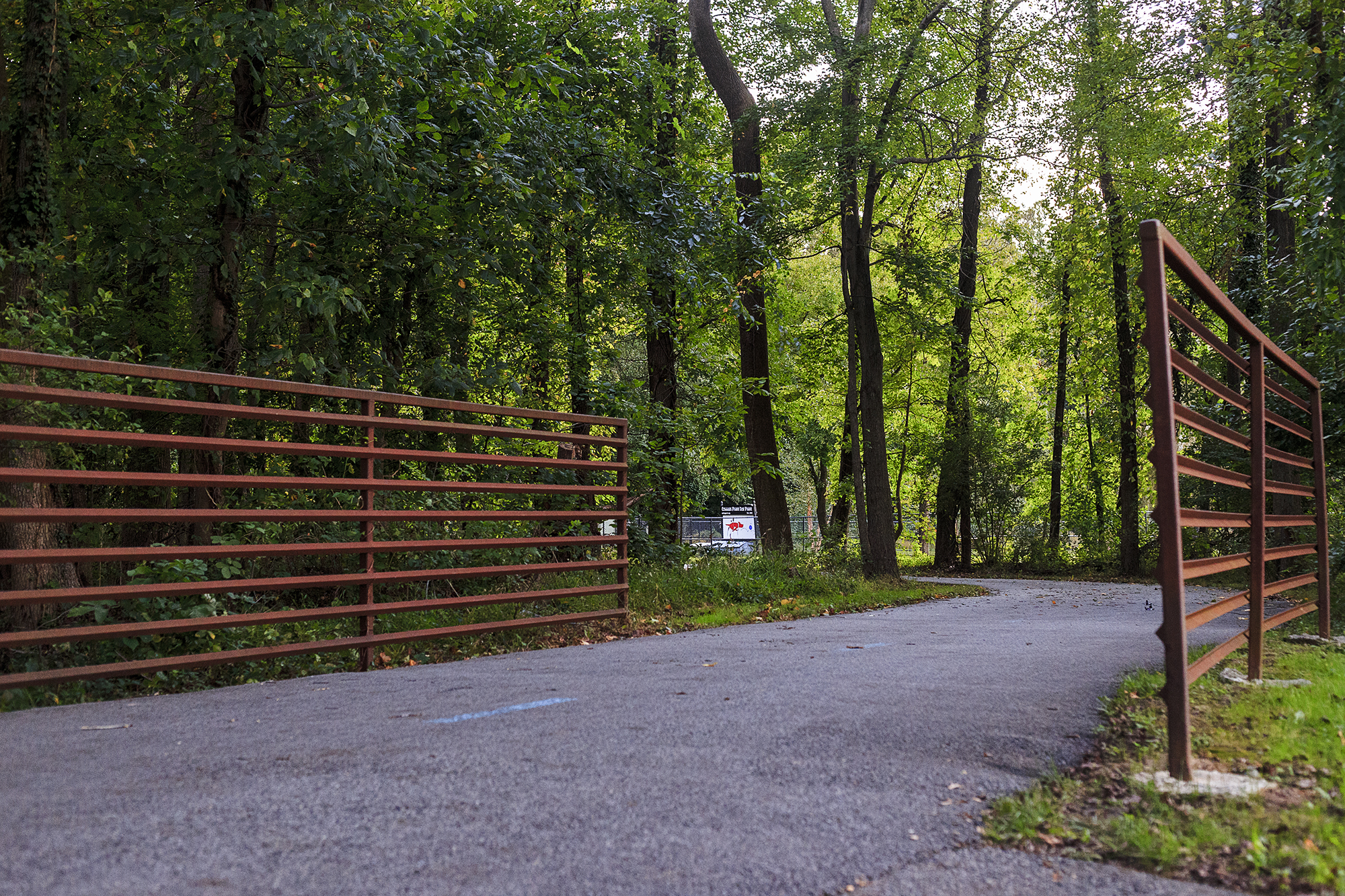 A portion of the Paint Branch trail. (Tom Hausman/The Diamondback)

Ready. Set. Go. Three words almost every runner is fairly familiar with, but participants of the city of College Park’s first parkrun event don’t have to be runners. They just have show up and do their best, said Kim Fisher, a parkrun participant and volunteer, as well as the program manager of the University of Maryland’s PALS program.

Parkrun is an international organization that arranges weekly meetings where participants run a 5k together for free, according to its website. But it’s not a race, said Colin Phillips, a run director for this city’s parkrun and a professor of linguistics at this university.

“It’s not about competing against other people,” Phillips said. “It’s the community supporting each other in fitness.”

The event will take place on Oct. 15 at 9 a.m. at the Paint Branch Trail at Metzerott Road and continue every Saturday after that date, rain or shine. It will mark the first parkrun held in the state of Maryland, Phillips said. There are parkruns in 14 different countries, with seven locations in the United States, two of which are located in Washington near Fletcher’s Cove and Roosevelt Island, according to parkrun’s website.

Those interested in participating can visit www.parkrun.us and register online just once, for free. Those registered will receive a barcode, which individuals can bring to each event, Phillips wrote in an email.

With a growing global presence, parkruns have become somewhat of a tourist destination, Fisher said. Nick Huang, a third year graduate student studying linguistics at this university, said he researched the event before visiting Singapore over the summer after hearing about parkrun from Phillips and other department officials.

“When I was back in Singapore to visit family I thought maybe I should see what it was like,” Huang said. “It was a really good experience — it was nice to go somewhere else and run a 5k and not feel out of place.”

Phillips, along with his wife Andrea Zukowski, the event director of this city’s parkrun and a linguistics research scientist at this university, first heard about this initiative three years ago while they were visiting family in London, Phillips said. After returning to the state of Maryland, the couple said they wanted a parkrun location in College Park, but didn’t know where to begin.

“We loved the enthusiasm of these different events and how they made it so easy for everyone to participate,” Phillips said. “We were really impressed by that and we were leaving London and thought, ‘Wouldn’t it be cool if they had this in College Park?'”

After attending Washington’s first parkrun last January, both Phillips and Zukowski said they were determined to bring the event to this city.

“In College Park, it bridges the city and university communities …” Phillips said. “There’s been all these initiatives in building the city-campus connection and a lot are through buildings [and] service activities … but I don’t think there’s been anything in the area of recreation and wellness.”

Zukowski and Phillips approached Andres Falconer, the event director of Fletcher’s Cove parkrun, about bringing the event to this city, Falconer said. In order to prepare for a parkrun in College Park, the couple has held very “small” and “informal” practice parkruns in the city almost every Saturday since this past January, Phillips said. College Park Mayor Patrick Wojahn attended the group’s final “dress rehearsal” on Oct. 8, where he said he supports the community-oriented goals of this city’s parkrun, Phillips wrote in an email.

“There really is a vision for us to make the metropolitan area, the DMV, [extend] further into Maryland, into Baltimore, down to Virginia,” Falconer said.

This city’s event has received support from various organizations, including $1,000 each from the College Park Community Foundation, University Recreation and Wellness and this city, Zukowski said. The event also received a small donation from the Berwyn District Civic Association and raised money via their CrowdFunding site, she added.

When communities want to start a parkrun, the organization expects new events to raise $5,000 as a one-time contribution to startup costs for equipment such as timers, route signage and liability insurance, Phillips wrote in an email. After these initial costs there will no additional fees, ever, Phillips added.

However, this event would not be possible without the partnership with Prince George’s County Department of Parks and Recreation, which allows them to hold the event on the Paint Branch Trail every Saturday morning, Zukowski said.

This event is all about building community connections, Phillips said, which rings true to students like fourth-year linguistics doctoral student Lara Ehrenhofer, who said parkrun has introduced her to new people and broken down barriers of participation.

“For me, it’s been a really fun way to … make sure that I’m doing something sporty on a Saturday morning,” Ehrenhofer said. “…There’s this really nice tradition and grabbing that coffee [at the Board and Brew] together afterwards. I really like this social aspect.”