UMD RHA wanted students to vote. So it gave them root beer floats. 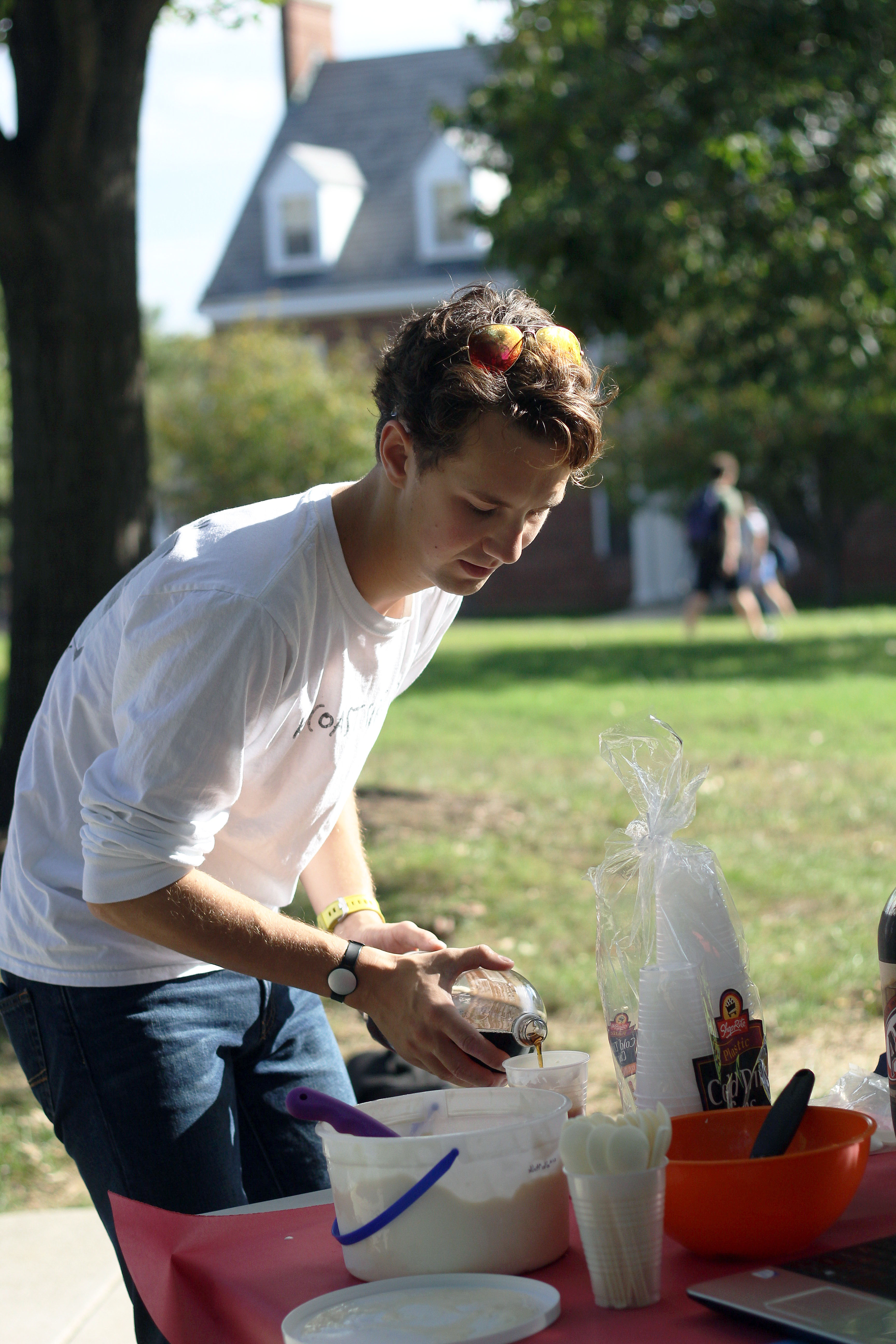 The University of Maryland’s RHA has traditionally supported civic engagement, but this year they’ve kicked it up a notch as a part of a campuswide effort to motivate students and faculty to vote.

“Now the mindset is different going in,” Residence Hall Association President Steve Chen said. “Our voter registration drives are a part of something bigger, are part of a larger theme of getting students involved on campus.”

The RHA’s fall leadership training day Sept. 25, which was solely for members, was centered around community involvement, and the group’s members hung flyers and posters encouraging voter registration and participation in their residence halls. And this week, La Plata Hall and the North Hill Area Council all held voter registration drives with various themes, which have become more common this year in accordance with the RHA’s push for civic engagement.

La Plata Area Council senator Doron Tadmor helped organize the hall’s “Floats for Votes” event Thursday, in which students who registered to vote received a root beer float. He called the event a success, with the council registering about 60 people to vote.

“People aren’t just voting for president, they’re voting for local senate and council positions and other amendments that’ll directly affect them after the election is over,” the freshman international business and finance major said. “And who doesn’t love a good root beer float?”

Sophomore journalism major Bryan Gallion, the president of the North Hill Area Council, said his “Floats for Votes” event Thursday — which was separate from the La Plata event — also garnered interest from students.

“A lot of people seem excited to have a say in how this election goes, so we’re really excited for our residents to get more involved in the political process,” Gallion said. “A lot of events just have tables out with laptops or paper forms that [students] come [to] and register to vote, but we wanted to have some sort of incentive — something different that you don’t really see every day.”

The RHA has also worked with Terps Vote, a coalition of student groups that includes the Student Government Association, MaryPIRG and this university’s College Republicans and Democrats, to encourage students to register to vote and cast their ballots on Nov. 8.

Chen, a senior biology and public health science major, also represents the RHA on this university’s All In Democracy Challenge committee, which includes numerous students, staff and faculty from groups ranging from the SGA to the University Career Center.

The committee was established this year in response to research from the Tufts University National Study of Learning, Voting, and Engagement, which found that more than 54 percent of students at this university voted in the 2012 presidential election.

The committee is promoting TurboVote, an online system that seeks to register more than 2,000 students at this university. Its action plan has included efforts by the College of Arts and Humanities and Clarice Smith Performing Arts Center to bring speakers such as poet Claudia Rankine and Baseem Yousseff to campus, respectively, as well as the College Republicans’ effort to hold two presidential debate watch parties in Hoff Theater this semester. It was this action plan that inspired RHA to expand their civic engagement initiatives, Chen said.

Dana Rodriguez, the RHA student groups and organizations liaison, noted the importance of laying the foundation of civic engagement for students at this university.

“We think that in as much as we like to think that we’ll be at UMD forever, we won’t,” said Rodriguez, a junior finance and government and politics major. “We have to equip these students and residents with skills that will leave them to be civically engaged people as they move forward.”

“It’s important for us as student leaders to be … engaged,” the junior information systems and marketing major said.

Chen said he was looking to inspire a sense of political efficacy in his members.

“We want to inspire in our members, and our residents as a whole, that we as students, we as members, as citizens, are able to make change — whether that’s small or big.”

CORRECTION: Due to an editing error, a previous version of this story identified Helen Liu as a senior. She is a junior. This article has been updated.