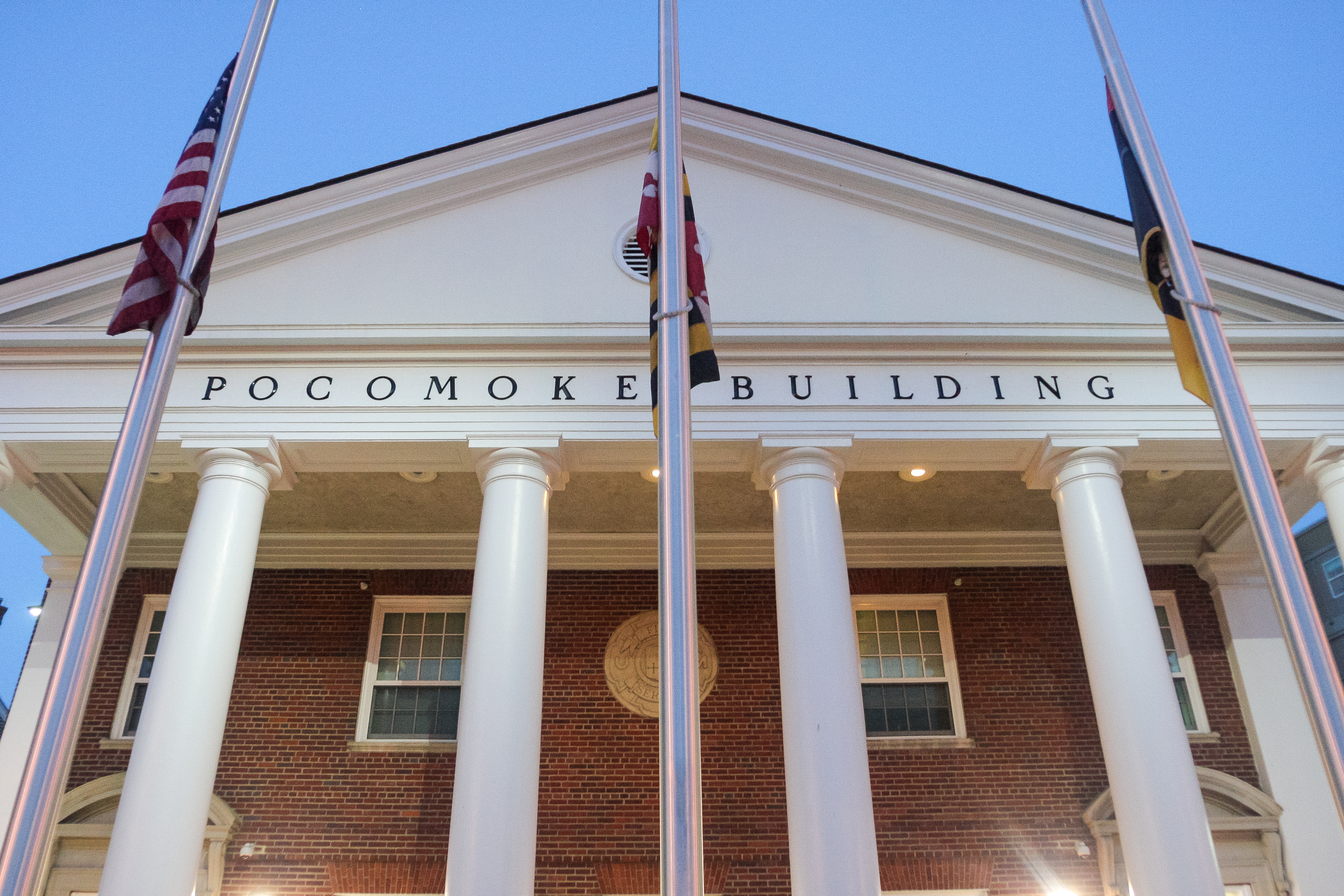 “Breaking Bread,” hosted by University Police and the Student Government Association with co-sponsorship from the Theta Nu chapter of Alpha Kappa Alpha Sorority, Inc., placed students and officers at tables together to bridge gaps between the two groups.

The goal was to get “as many students as familiar with police officers as possible,” said SGA Off-Campus-Outlying Representative Greg Brown, who helped organize the event.

“When there’s that familiarity within a police interaction, it has a likelihood of going a calm route instead of going a frantic route that could possibly end up in something bigger than the interaction needs to be,” said Brown, a senior government and politics major.

Last May, University Police used pepper spray to break up a graduation party of predominantly black students, prompting community outrage. University Police Chief David Mitchell released a summary report three months ago that found the pepper spray deployment was justified, but could have been avoided had the officers used a less hostile approach.

Brown said he hoped the event gave students resources on how to change what they don’t like about the university police and “amplify what they do like.”

Kamani Brown said her table “spoke on the importance of events like these,” and the necessity of community and conversation.

“Our table was lit,” said the senior landscape architecture major.

Student shared suggestions about how to improve communication between the university community and police, including adding police relations programming in residence halls and creating a website feature where student groups could invite police officers to their events.

Lauryn Froneberger, president of this university’s chapter of the NAACP, said her table “talked about how implicit bias affects the culture of community policing.”

“We like the fact that some of our officers went to school in this area, they’re familiar with the area,” said Froneberger, a senior journalism major. “When they’re interacting with students, they know what it’s like, … so I guess that affects the one-on-one interactions or the group interactions that we have on campus.”

“It does go both ways,” the criminology and criminal justice major said. “There is a sense of implicit bias, from us as students and from them as police officers.”

Tyesn Barley, a sophomore mechanical engineering major, said she discussed that “here on the University of Maryland’s campus, the police department is very patient with us.”

“They understand that this is a growing state for us,” Barley said. “So they are very patient and … trying to help you grow as a person … not trying to lock you up for the rest of your life.”

By 2018, Marsh hopes to do in-service training on implicit bias for 1,700 county officers during 10-hour weekly sessions at this university over eight months.

Mitchell said this was the first he’d heard of the idea but said he was “very interested.”

University police already plan to undergo implicit bias training in January 2017, Mitchell said, as part of the department’s response to the May 21 pepper spray incident at Courtyards apartments.

However, Mitchell said, “this is ongoing, this is not a one-time thing,” and his department would be receptive to additional training in implicit bias.

Brown said the goal is to have events like “Breaking Bread” monthly, and “if we can get the ball rolling even further, more often than that.”

“This is not the end, it’s the end of the beginning,” Mitchell said in his closing remarks. “I certainly enjoyed … being able to dialogue with students at my table and hear what they would like to see more of from UMPD [and] what they’d like to see less of.”