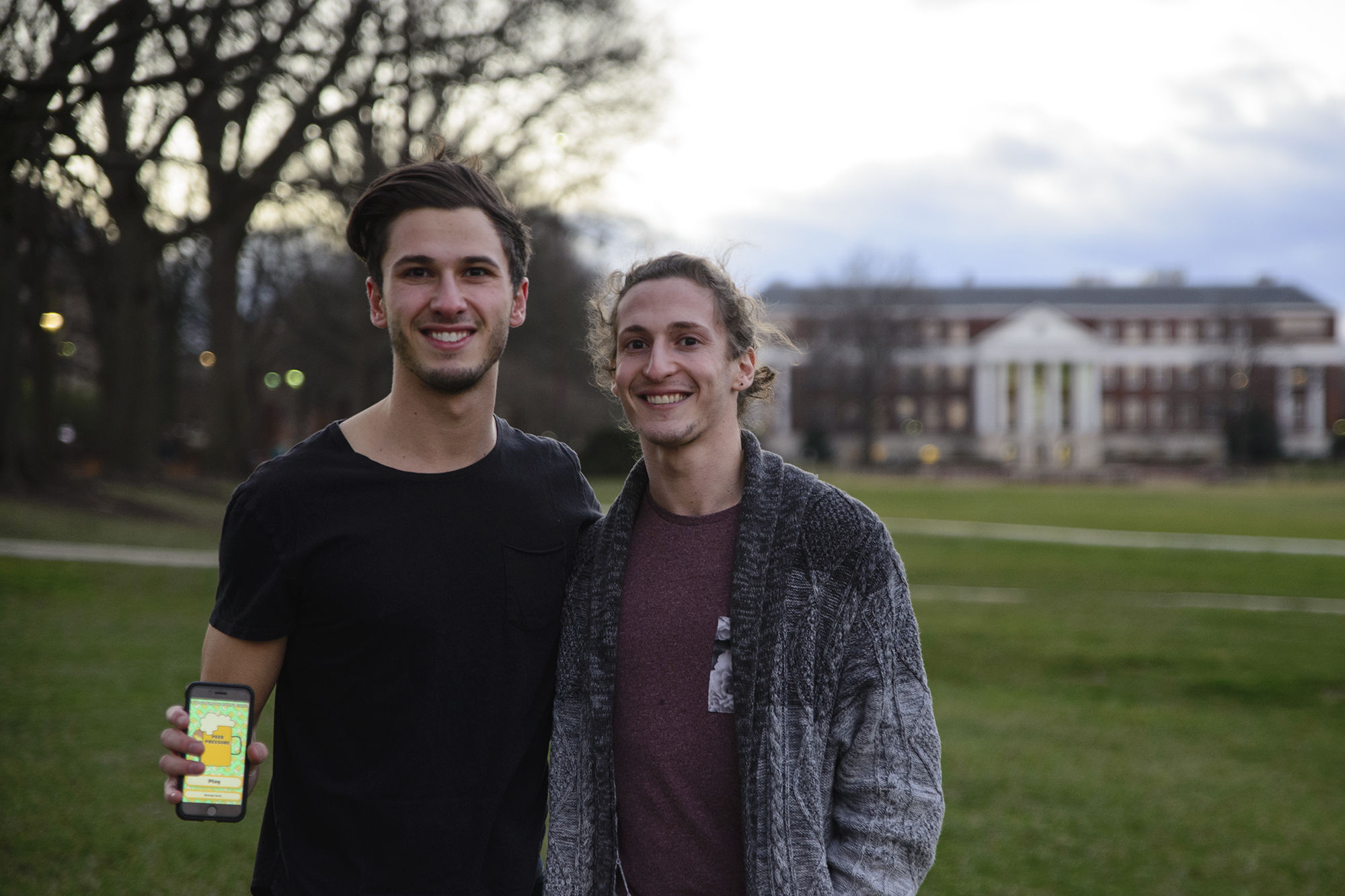 For decades, drinking games have revolved around red Solo cups, ping pong balls and a card deck. No longer, now that three University of Maryland students created an app that focuses on giving college students a unique experience.

The app, named Peer Pressure, was released Saturday, but its developers have worked on it for almost two months.

Peer Pressure is essentially a card game for a smartphone with different tasks on each card. One person downloads the app and passes their phone around to the other players. During each player’s turn, they can either choose to do the task on the card or drink.

The app is free and comes with 53 unique cards in the base pack. An additional 28 cards are available for purchase for 99 cents if users would like to extend the game to accommodate more people, said app-creator Chandler Pierce.

Pierce, a senior accounting major, said he came up with many of the ideas for the cards and focuses more on administrative aspects now. His brother, Harrison Pierce, did all of the coding for the app and their friend Sarah Sampliner worked on the illustrations.

The app was a relatively recent undertaking for the Pierce brothers, but Chandler Pierce said it stems from a physical card game they created a few years ago.

“I got my wisdom teeth out, and I was sitting at home on the couch for a couple days with nothing to do, and I started thinking of these funny ideas for cards and just started creating it,” he said. “We printed our own cards, made it for our friends, and everyone loved it; it was such a hit.”

To make the game feel authentic, Chandler Pierce said he focused on the game’s originality, noting that typical games such as Kings grow repetitive since there are four of each card in a deck.

“Every time you play the game, it’s different,” he said. “Every group of people you’re playing with, you have a different experience. I think that’s one of the greatest things about the game.”

Although each card has a task that the players are encouraged to do, he added that “there is always an out.”

“We don’t want people to ever feel like when you’re playing a game that you have to do something, so every card has like, ‘Do this task or take a drink,'” he said.

Harrison Pierce, a senior computer science major, said he has done the coding for one app before, but making this one was a completely new experience.

“I chose to write it in a different language than I did the first one, and took on more ambitious of a task because we’re trying to get the Android app made as well,” he said. “It’s definitely been a learning process.”

The iOS version of the app is available for download now, but the Android version is still in the works. Harrison Pierce said it hopefully shouldn’t take that much longer to release that version as well.

Vivian Bui, a senior animal sciences major who was one of the first people to try the beta version of the app, described it as “convenient, accessible and original,” noting that each card was different, keeping the game interesting.

Bui said she preferred the app to regular card-based drinking games because it is a lot more convenient and natural for a generation that is so oriented around technology.

Chandler Pierce said he has been testing out the game with his a cappella group for some time now, and he is excited to see how everyone else will react to it now that the iPhone app is available. He added that they might put up fliers and posters around campus to promote the app in the next few weeks.

“In general, people have really enjoyed the app,” he said. “It’s really rewarding for me to see people using it and having fun with it.”