There was literally a garbage fire at Commons 5 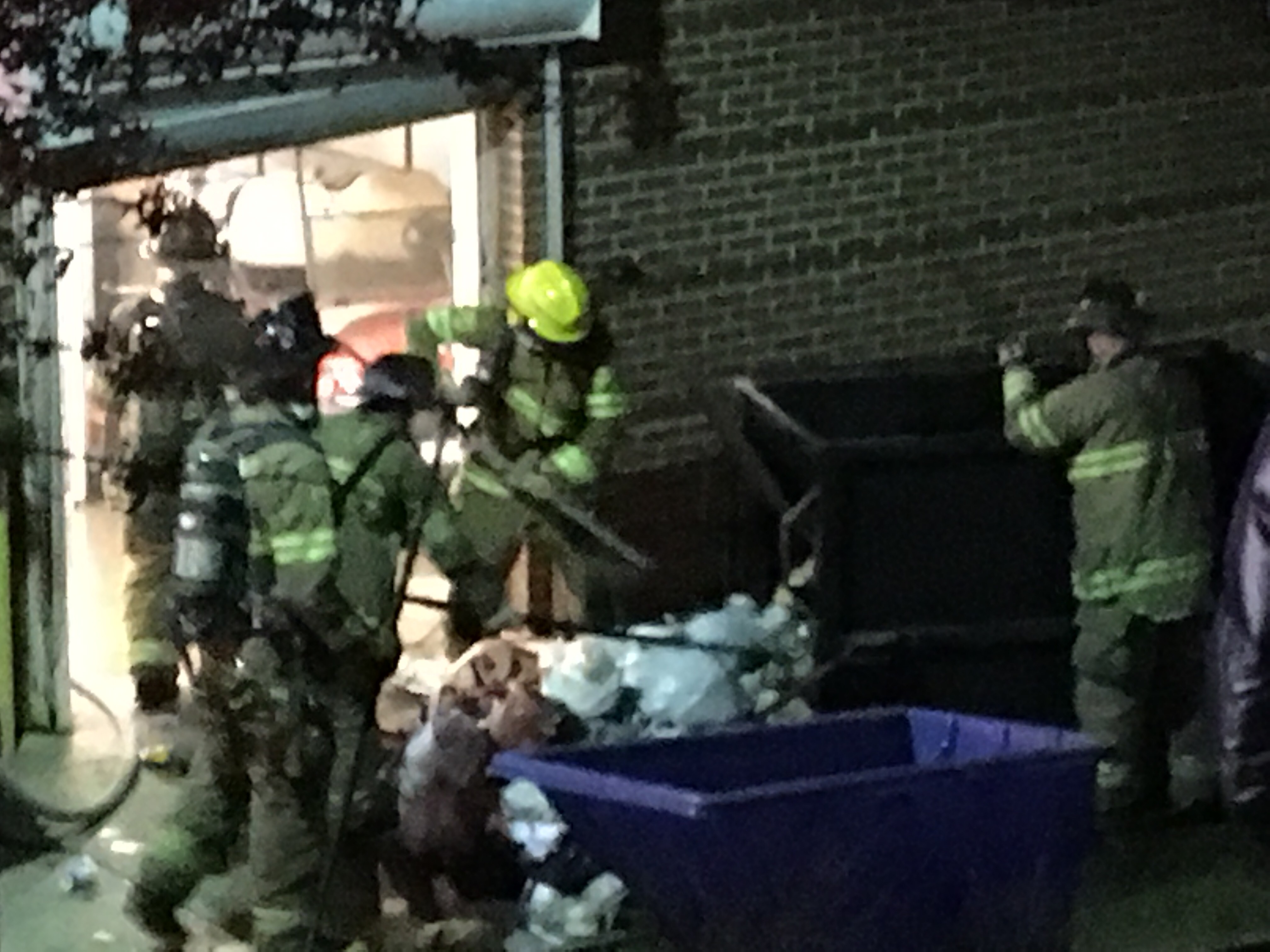 The College Park Volunteer Fire Department tweeted Sunday night that they responded to a small fire in a trash compactor at Commons 5.

After an alarm prompted evacuation of the building, College Park volunteer firefighters were seen hosing out and extracting garbage from a dumpster they’d removed from a maintenance door in the northeast corner of the building’s ground floor.

The dumpster was still smoking when firefighters removed it and several empty recycling bins from the room. The floor was covered in a layer of water by the time it became visible.

Michael Errigo, who is an employee of The Diamondback and lives in Commons 5, was recycling on an upper floor when he noticed smoke emanating from the garbage chute, he said.

Soon after the alarm began, a firetruck arrived and parked on Preinkert Drive in front of Commons 5’s west front. Firefighters entered the building, and shortly after two quickly exited then reentered carrying what appeared to be fire extinguishers and axes.

Soon after, the Commons employee to whom Errigo had first reported the smoke was overheard asking a firefighter, “Is the fire out?” but the firefighter’s response was inaudible.

The firetruck then drove to to the east side of Commons 5, parking in the lot behind South Campus Dining Hall.

It was near that location that firefighters could be seen using apparent axes to open a maintenance overhead door, from which they then removed multiple recycling bins and the smoking dumpster.

They then repeatedly hosed out the dumpster and removed garbage from it with a pick.

The Diamondback will update this post when more information becomes available.