From Uber to Starbucks to Budweiser: consumers boycott brands after political statements 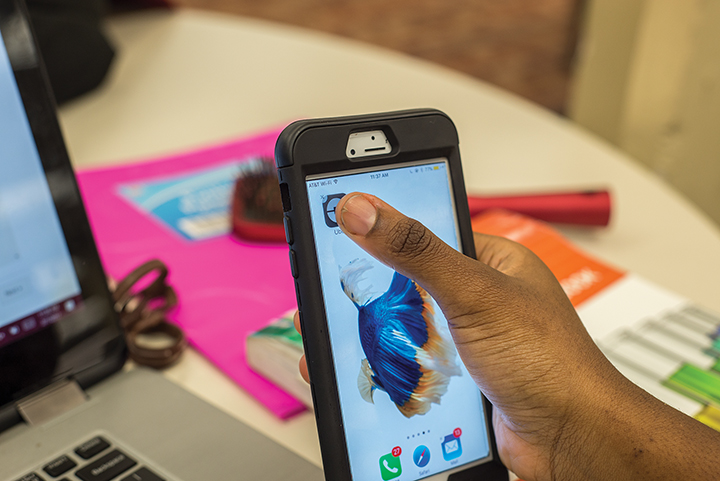 From Uber to Starbucks to Budweiser, corporations have found themselves the targets of a growing consumer activism in response to their opposition to or support of President Trump’s recent executive orders.

Uber experienced backlash after it suspended its surge pricing during a New York taxi strike in response to Trump’s executive order on immigration, which temporarily barred people from seven Muslim-majority nations from entering the country. Many saw this as the ride-sharing company’s attempt to end the strike, and responded by using the hashtag #DeleteUber to urge other customers to boycott the company.

Averi Ager, a junior English major, said they deleted the Uber app because they didn’t want to contribute money to a corporation that had ties to the Trump administration. Until recently, Uber CEO Travis Kalanick sat on Trump’s economic advisory council.

Although it hasn’t been easy to stop using the ride-sharing service, Ager said they felt a “moral obligation” to abstain from the company.

“We live in a capitalist society and so consumer choices are kind of our form of vote when it comes to businesses,” Ager said. “If we start to support companies that make certain choices, like that are environmentally friendly, inclusive or treat their workers well, then that will tell companies how to get consumers.”

Starbucks has also faced criticism after the company announced plans to hire 10,000 refugees in response to the immigration ban. Opponents of the move claim these jobs should go to unemployed Americans.

Most recently, Budweiser aired an ad during the Super Bowl with a strong pro-immigrant message, prompting blowback from people who circulated a #BoycottBudweiser hashtag on Twitter.

Consumer boycotts of these companies have produced mixed results. Kalanick stepped down from his position on Trump’s economic advisory council and condemned the ban as “unjust” in a Facebook statement. Starbucks further opposed Trump’s ban by offering their employees free legal advice, but neither they nor Budweiser have issued any statements indicating a change in course following the boycotts.

Sophomore psychology major Elsa Moeller said she didn’t know about the Starbucks boycott but was glad to hear about their refugee hiring initiative.

“I think that’s a great opportunity for those people and is something America should be doing,” Moeller said.

Yvonne Slosarski, a communications doctoral student who has studied consumer activism as part of her dissertation, said these boycotts can be a powerful tool in enacting changes in corporations. The rise of social media, such as Twitter, has allowed consumers to more easily organize, contributing to the recent rise of pocketbook activism, she added, a movement describing consumer’s tendency to boycott companies they disagree with on some moral ground.

“As long as people [boycott] together in an organized manner and one that amplifies their message, it’s really effective, because people care so much about consumers and how they spend their money,” Slosarski said.

The impact of consumer activism, however, can be limited, Slosarski added.

“You can get a single company to do something, but unless [there’s] a push for widespread legislation … then it’s going to be a battle of going to one company to another, which is exhausting and not really efficient,” Slosarski said.

Lilliana Mason, a University of Maryland government and politics professor, said while pocketbook activism can be an effective way to create corporate change, its recent rise stems in part from a heated partisan divide bubbling over into the brands we identify with.

“This is actually a gradual process that’s been happening for a decade,” Mason said. “The Trump phenomenon is sort of a culmination of this. We’ve been seeing it happen for a long time that Republicans and Democrats are just becoming much more socially isolated from each other.”

The two parties are more divided along ideological lines — and experiencing more partisan animosity — than at any point in the last two decades, according to a 2014 Pew Research Center survey.

In this environment, pocketbook activism may result in the further isolation of Republicans and Democrats, Mason said.

“It’s a slightly disturbing continuation of a trend that’s been going on for a long time,” Mason said. “Every time one of us boycotts something or ceases to use a service or politicize a product, that’s one more thing that partisans cannot come together on and we’ve already been losing so many of those things.”