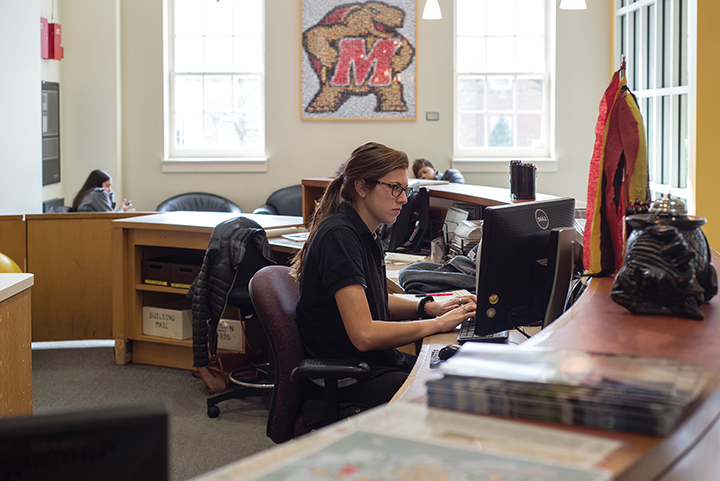 The Fearless Student Employees Coalition is teaming up with a Maryland delegate this semester to gain collective bargaining rights for undergraduate and graduate student workers in the University System of Maryland.

Collective bargaining rights allow for workers to negotiate their pay and their work.

“We are trying to start a campaign to reach out to students,” said Brown, noting that oftentimes student workers do not realize that they are not considered employees. “We want to show them that there are ways to fight back.”

Del. Korman introduced a bill to the General Assembly on Feb. 10 that removes student employees in the system, St. Mary’s College, Morgan State University and Baltimore City Community College from a list of employees who are not allowed to engage in collective bargaining. This bill is meant to be the start of giving student employees the ability to ask for higher wages and better working conditions, Brown said.

[Read More: University of Maryland students are working to get collective bargaining rights]

The Student Labor Action Project, whose mission is to promote economic justice in the university, has been working to document stories of student workers struggling to make ends meet with their student jobs on top of their classes. So far, they have been posting pictures of students on social media along with statements about how they’ve been struggling.

Last August, the National Labor Relations Board ruled that graduate students at private colleges who work as teaching or research assistants are employees and have the right to join unions. Graduate students from public schools in this state pushed for collective bargaining rights in 2012. The state legislature almost passed a law that year allowing them to do so, but at the last minute the state opted for a meet-and-confer process instead, Brown said.

The meet-and-confer process, which allows students to express concerns and make requests regarding their jobs without any structured agreement, is not preferable for student workers, Brown said, adding that the process and student worker demands or concerns are not taken seriously enough

“Meet and confer is not working,” Brown said. “We need to push back against legislation that prevents students from collectively bargaining.”