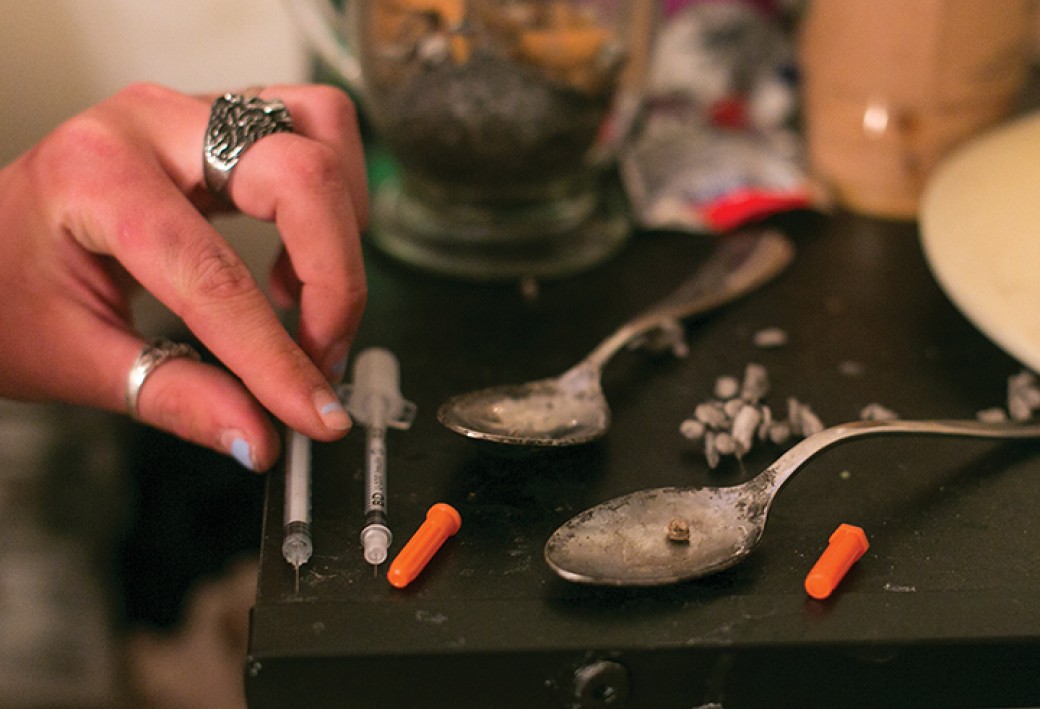 On Wednesday, Maryland Gov. Larry Hogan declared a state of emergency over the opioid addiction crisis, announcing a $50 million commitment over the next five years to decrease opioid addiction, according to the Washington Post. Opioids are a class that includes both prescription pain relievers and illegal drugs like heroin.

Opioid abuse is a public health crisis in Maryland and the country as a whole. In the first nine months of 2016, over 1,400 Marylanders died from opioid overdose. Nationally, the death toll continues to climb. With overdose rates escalating, the governor is finally following through on a campaign promise he made in 2014. This public health epidemic is real and urgent. Serious government action is necessary to curb its effects. The people facing opioid addiction deserve officials that recognize the problem as the emergency it is. However, in addressing this problem, we must be conscious of the role played by historical, racial bias. Gov. Hogan’s actions and prevailing social attitudes demonstrate a prioritization of whites when it comes to safety.

Journalist Hernandez Stroud has written on the hypocrisy of U.S. drug policy in treating black drug users as criminals and white addicts with compassion. He focused on the 1980s crack cocaine epidemic that brought on a response motivated less by data than by racial fear. The fear of “crack babies” and “super predators” emerging from black communities led to a strong increase in racially biased law enforcement. Afterward, America began caring more about the wellbeing of black newborns. The fact remains however, that illegal drug use among white women was as prevalent. Nevertheless, black mothers were the ones incarcerated at high rates, deepening the social association blackness with criminality.

Today, a baby is born dependent on opioids every 19 minutes, and the drug crisis continues to scorch its way across the nation. However, most addicts are white. And suddenly, when those suffering are white, our approach to the problem has shifted. Now politicians, like Gov. Chris Christie who said of opioid addiction, “This is not a moral failing. This is a disease,” speak of empathy and compassion. The governor is correct, but why do we only hear drug addiction talked about in these terms when the victims are white?

Of course, it is tragic that the governor is one who lost a family member to heroin addiction. But it is also true that a white politician is statistically less likely to have lost a relative to crack cocaine, or any other drug we’ve come to classify as “black.” This fact is not meant to critique the governor’s commitment to addressing the opioid crisis, but to point out a continuing trend of responding with compassion to drug abuse only when the user is white. We do not need to minimize the pain and loss of white people to also acknowledge the suffering of people of color. Until we treat all overdoses as equally dangerous and acknowledge the historical wrongs of our drug policy, we are failing to address the needs of all citizens. Any law enforcement increase in Hogan’s plan runs the risk of disproportionately and negatively affecting people of color unless steps are taken to root out racial bias. I urge the governor to work for the safety of all addicts in Maryland, focusing on policies that provide help to underserved communities. I hope that going forward, our drug policy will increase public safety for all.

Jack Lewis is a junior government and politics major. He can be reached at jlewis20@umd.edu.