In its most successful year ever, Terp Thon raises more than $1 million 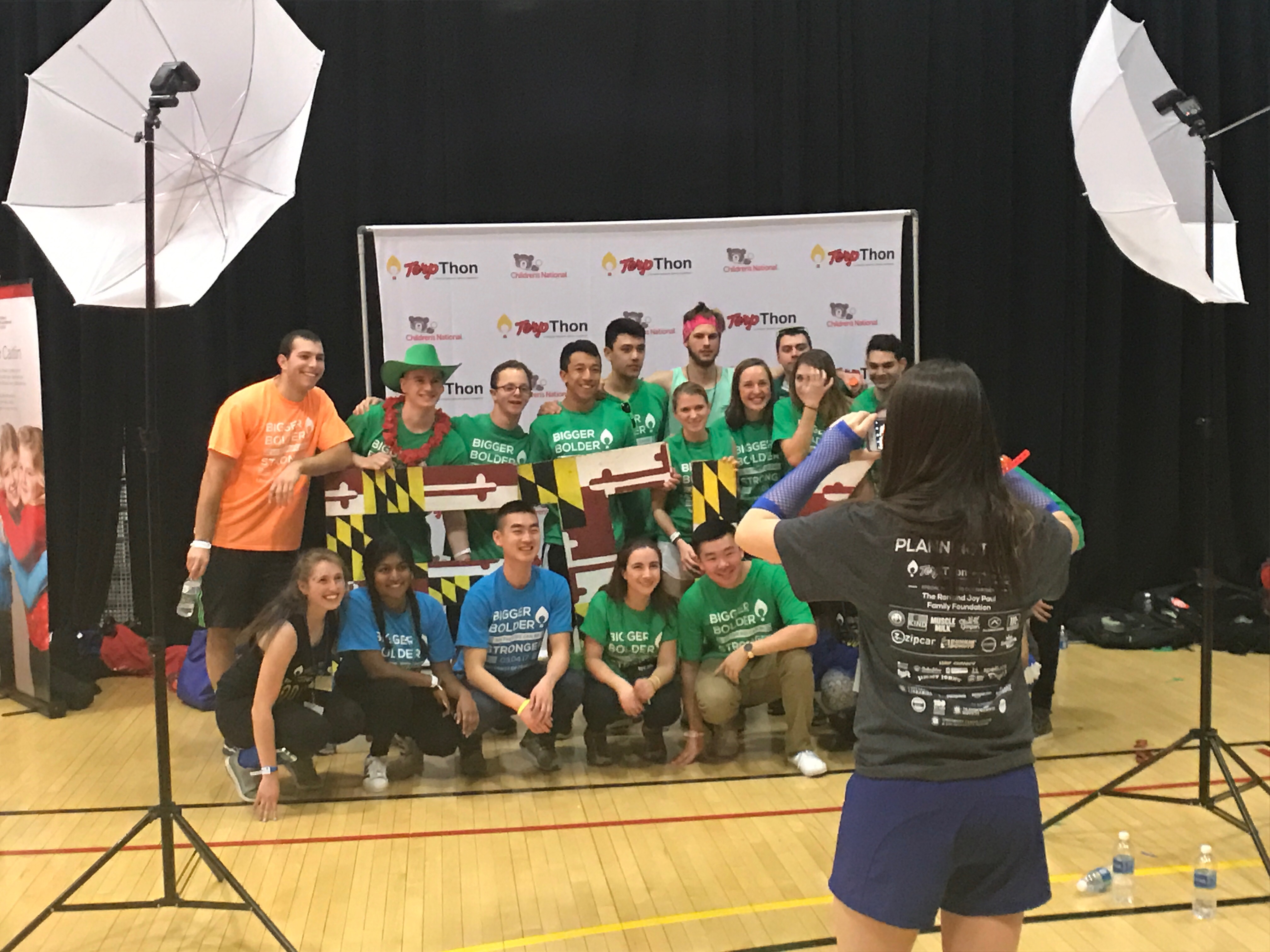 By Carrie Snurr and Angela Jacob

This year’s Terp Thon raised more than $1 million for Children’s National Health System in Washington, trumping last year’s total by about $270,000 and becoming the youngest dance marathon to reach the fundraising benchmark.

After its eighth 12-hour dance marathon Saturday in Reckord Armory, the organization revealed that it raised $1,001,394.26 over the course of the year for the health system, the local Children’s Miracle Network Hospital. Last year, Terp Thon raised a record $728,453.16, placing it as the ninth top college fundraising Miracle Network Dance Marathon in the country for that year.

“It was an incredible event. It was really incredible to see the entire campus come out to support our cause,” said Kaiwei Hsu, executive director of Terp Thon, noting the organization also saw a record number of participants. “The university itself gave incredible support this year. We had so many supporters.”

University President Wallace Loh made an appearance at the dance marathon for the first time in its eight years, said Hsu, a senior public health science major. Dining Services, Stamp Student Union and the Department of Transportation Services were all partners for the event.

More than 3,000 people were registered for the event, which is held every March and culminates a year of fundraising efforts. There were nearly 1,200 participants in attendance at about 8:45 p.m., said Katherine Wright, a freshman criminology and criminal justice major who serves on Terp Thon’s operations committee.

Participants stood on their feet for 12 hours to represent how long the average shift is for nurses at Children’s Miracle hospitals. Despite the long hours, sophomore Erin Nebbia said the energy and excitement that people exhibited was unwavering.

“I thought I was overenthusiastic in the morning; I put on a lot of pink with my pink eyeshadow, pink face paint, pink knee socks and a pink tutu, but when I showed up I actually felt underdressed,” the criminology and criminal justice and journalism major said. “There was a lot of vibrant colors and everyone was really enthusiastic. It was kind of shocking to see that enthusiasm keep up for an entire 12 hours; I don’t really feel like it died down at any point.”

Sam Goldman, a sophomore biology and Spanish major who was involved in a Terp Thon committee this year and last year, said after the organization came up short of its $800,000 goal last year, participants pushed harder than ever this year. As the night was winding up, Goldman said they met in their committee and found out they had two or three hours to raise the last $100,000. They held a similar effort earlier in the year when they challenged participants to raise $100,000 in 24 hours.

Everyone in Terp Thon then took to social media to scrap up the last $100,000, Goldman said. The CEO of California Pizza Kitchen and the company itself donated a total of $10,000 in those last few hours, helping the group reach its total.

“As it got closer to reveal, my whole committee found each other, we were all holding hands, we were all so nervous that we were crying,” she said. “By the end, when they held up those numbers, we literally all fell. We were sobbing and so happy. It was absolutely unreal. What was really nice is that a lot of the Miracle Kids were on stage when they held up those numbers, and they were crying too. It means so much to them.”

The money raised from Terp Thon helps cover medical expenses that aren’t covered by insurance, along with support services such as scholarships.

Goldman said she was glad the Miracle Kids were able to experience Terp Thon’s milestone, adding that throughout the planning process and the actual event, the kids said Terp Thon is “one of their favorite days of the year.”

Fifteen families of Miracle Kids attended the dance marathon, Hsu said. For Nebbia, having the kids there and hearing people’s stories is something she didn’t expect as part of her first year doing Terp Thon. Nebbia was part of the pink team, which hosted Amanda, a 13-year-old Miracle kid who danced for 12 hours with a prosthetic leg. Shortly after her second birthday, Amanda was diagnosed with Ewing’s Sarcoma and “immediately underwent treatment at Children’s National. At only two-and-a-half years old, she had her left leg amputated and replaced with a prosthesis,” according to Terp Thon’s website.

“I expected it to be kind of a good time with friends to raise money for a good cause, but there were a lot of really emotional stories from the speakers, so I guess I wasn’t fully ready for how emotional the day could be,” she said. “That was kind of a good motivation for the rest of us to keep it up — because if she could do it for 12 hours, we could definitely do it.”

Nebbia said she initially thought the $1 million goal was too ambitious because Terp Thon wasn’t able to reach its goal last year. Her shock in seeing that they reached the goal just made the event more memorable, she said.

“As soon as we saw the extra comma — we didn’t even wait for the one — everyone started jumping and screaming,” Nebbia said. “People were hugging people they didn’t even know.”

Goldman noted Terp Thon’s $1 million accomplishment is something that will make them stand out among similar events at other colleges. At least eight other Big Ten universities, including Penn State and Rutgers University, participate in dance marathons to raise money for various beneficiaries.

“We are the fastest-growing dance marathon in the country,” Goldman said. “It took Penn State’s Thon — which is the really famous one — it took them 20 years to raise $1 million, and it took us eight. So we made history.”

With the $1 million mark in the bag, Goldman said the focus now is on seeing what’s next.

“I cannot wait to see what our goal is going to be next year … can you imagine how big we’re going to be in five years?” Goldman said. “What I’m really looking forward to is coming back as an alumni and seeing how much we’ve grown.”