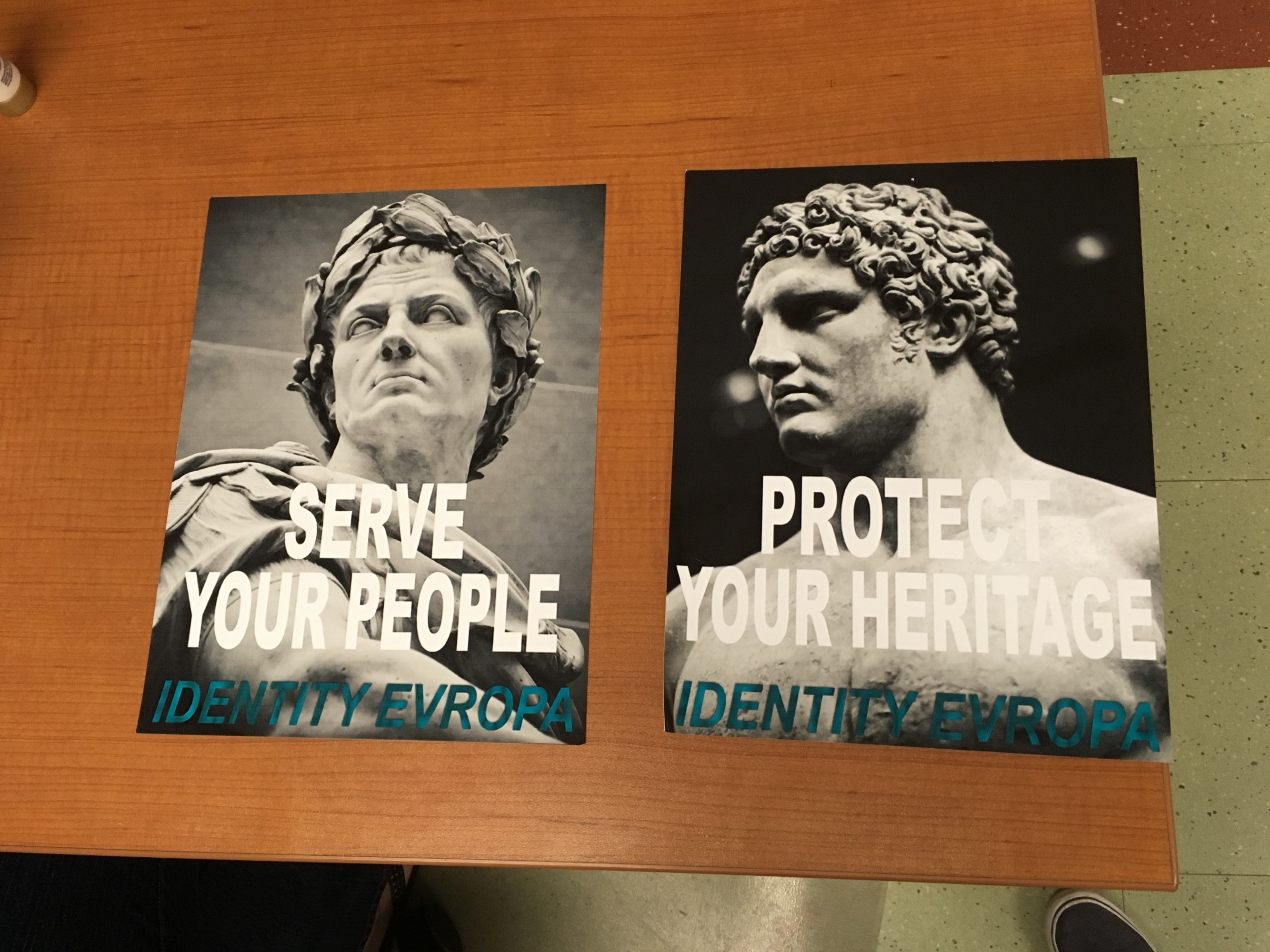 Four racist posters were found hanging in a University of Maryland building Monday morning — the second such incident of the semester and the fifth reported incident since December.

University of Maryland Police officers responded to the Biology-Psychology Building at about 11:30 a.m. Monday, university police spokeswoman Sgt. Rosanne Hoaas said, where they discovered a university student had torn down and delivered the posters to the biology department office.

University Police conducted a search of the building, which yielded no additional posters, Hoaas said.

The situation is being investigated as a hate bias incident, she added, encouraging anyone with more information to contact University Police.

The posters discovered in the building featured slogans such as, “Our future belongs to us,” and, “Protect your heritage,” along with images of European sculptures of white men. They also included the name of white nationalist group called Identity Evropa.

The group calls itself a “generation of awakened Europeans who have discovered that we are part of the great peoples, history, and civilization that flowed from the European continent,” according to its website. It’s mission statement says, “We reject the idea that our identities are mere abstractions to be deconstructed.”

A biology doctoral student found two posters hanging on the building’s first-floor bulletin boards, the student said. She said she removed the posters and took them to the biology department office. Shortly after, department administrators searched the building and removed two additional posters, she said. Though she did not file the initial report, the student filed reports with University Police and the Office of Diversity and Inclusion later that afternoon.

A similar incident involving white nationalist posters was reported at this university March 13, when flyers were found in four locations on campus. Posters were glued to the walls of the Chemistry Building, as well as the Jeong H. Kim Engineering Building, in the courtyard between the A.V. Williams Building and the Computer Science Instructional Center and on a dumpster outside of Symons Hall.

These posters directed students to the website of Vanguard America, a white nationalist group formerly known as American Vanguard. Its manifesto states, “We want to be at the forefront of the reawakening of White racial consciousness.”

Editor’s note: This story originally said the student who found the posters did not file a report with University Police. She did not as of 3:30 p.m. when she spoke to a Diamondback reporter, but did later that afternoon. This story has been updated.