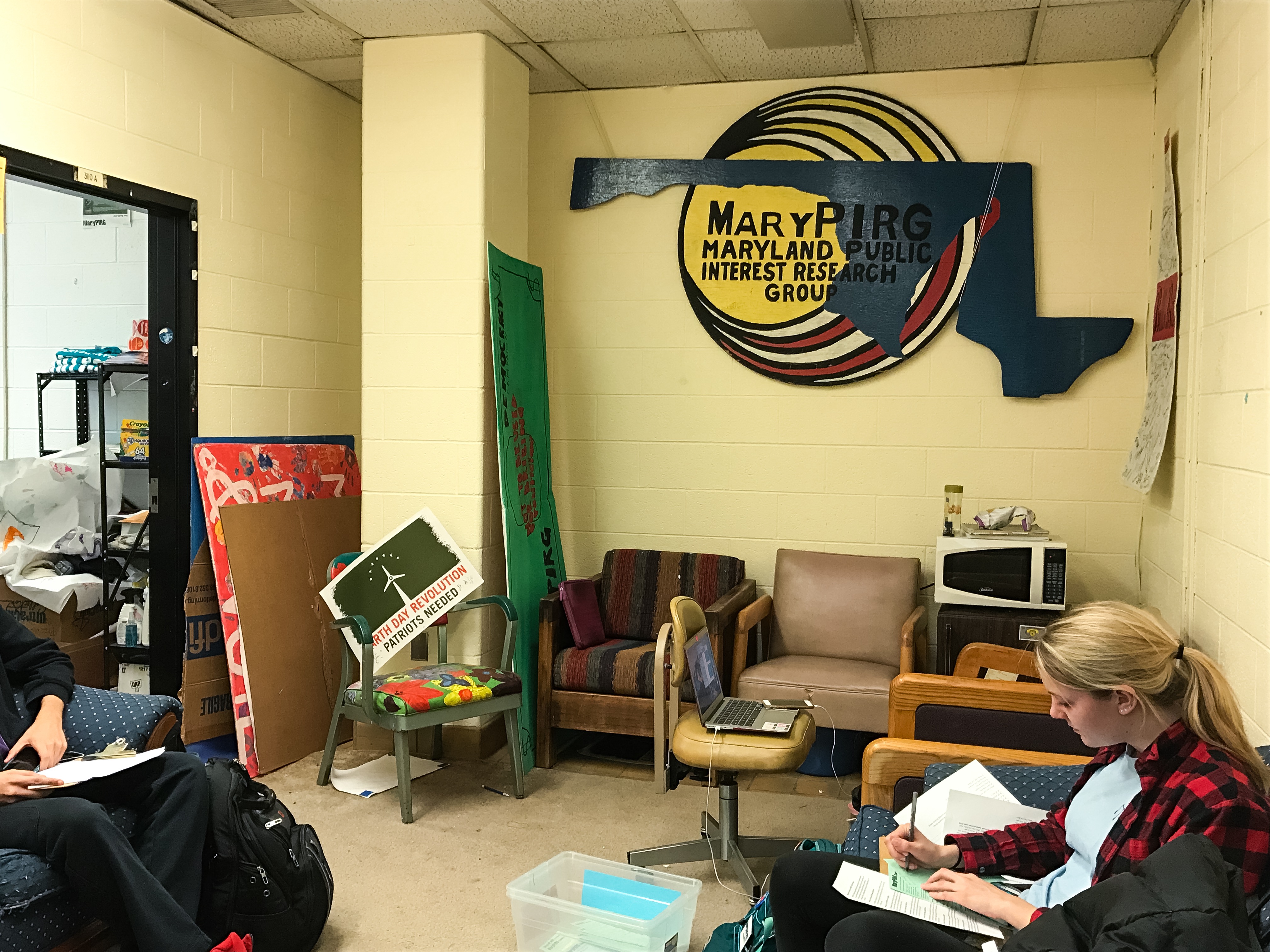 In an effort to reduce corporate influence in politics, University of Maryland MaryPIRG members are petitioning to expand statewide campaign donor matching programs.

The urge for this program — in which some small donor contributions could be matched by public funds — was spurred by the U.S. Supreme Court’s 2010 Citizens United decision, which allowed corporations to donate unlimited amounts of money for political ads.

Now, MaryPIRG members are pushing to get big money out of politics.

“We’re fighting to get our voices heard again,” said Cassidy Chassagne, MaryPIRG’s democracy campaign director. “It impacts every issue because these corporations can buy your vote on any issue. That can stop environmental progress, it can stop textbooks from becoming more affordable [and] it can stop women’s health care. It can stop anything,” the junior government and politics major said.

The campaign’s members have been gathering student signatures since the start of the semester to show support for creating a small donor matching program in Prince George’s County. They plan to drop off the petition on Prince George’s County District 3 Councilwoman Dannielle Glaros’ desk to prompt her to introduce the legislation, Chassagne said.

Sara Carter, president of MaryPIRG, said many students don’t think they have a voice in outcomes of campaigns or politicians’ decisions because of the big money’s influence on politics.

“I think this leads to the appearance of apathy, but it’s actually just students believing their voices don’t matter,” said Carter, a government and politics major. “That’s one of the reasons this campaign is such a huge attraction to students. It fixes the underlying problem to so many other problems … like the environment and public health, because you have these special interests speaking over the public.”

The Montgomery County Council passed a bill in 2014 creating a donor matching program to limit the influence of corporations, becoming the first county in the state to do so.

Tino Fragale, a MaryPIRG member who is working on the campaign, said having two neighboring counties with similar programs could help prompt this county create its own.

“We’re pushing Prince George’s County to see this as something essential for them too,” Fragale said. “What we’re doing is sort of a chain toward the larger goal. What we need are small leaders [and] small local counties to take it up.”

Fragale said he’s seen widespread university support for the measure, especially after 2016 presidential candidate Bernie Sanders, who was popular among millennials, ran on a platform of campaign finance reform.

MaryPIRG members plan to continue testifying in favor of the programs to ensure they are allocated funding, Chassagne said.

“This issue impacts every political issue,” Chassagne said. “It’s … one of the most bipartisan issues because no matter if you’re Republican, Democrat, Libertarian or whatever, you want your candidates and your politicians to listen to you, not a special interest.”