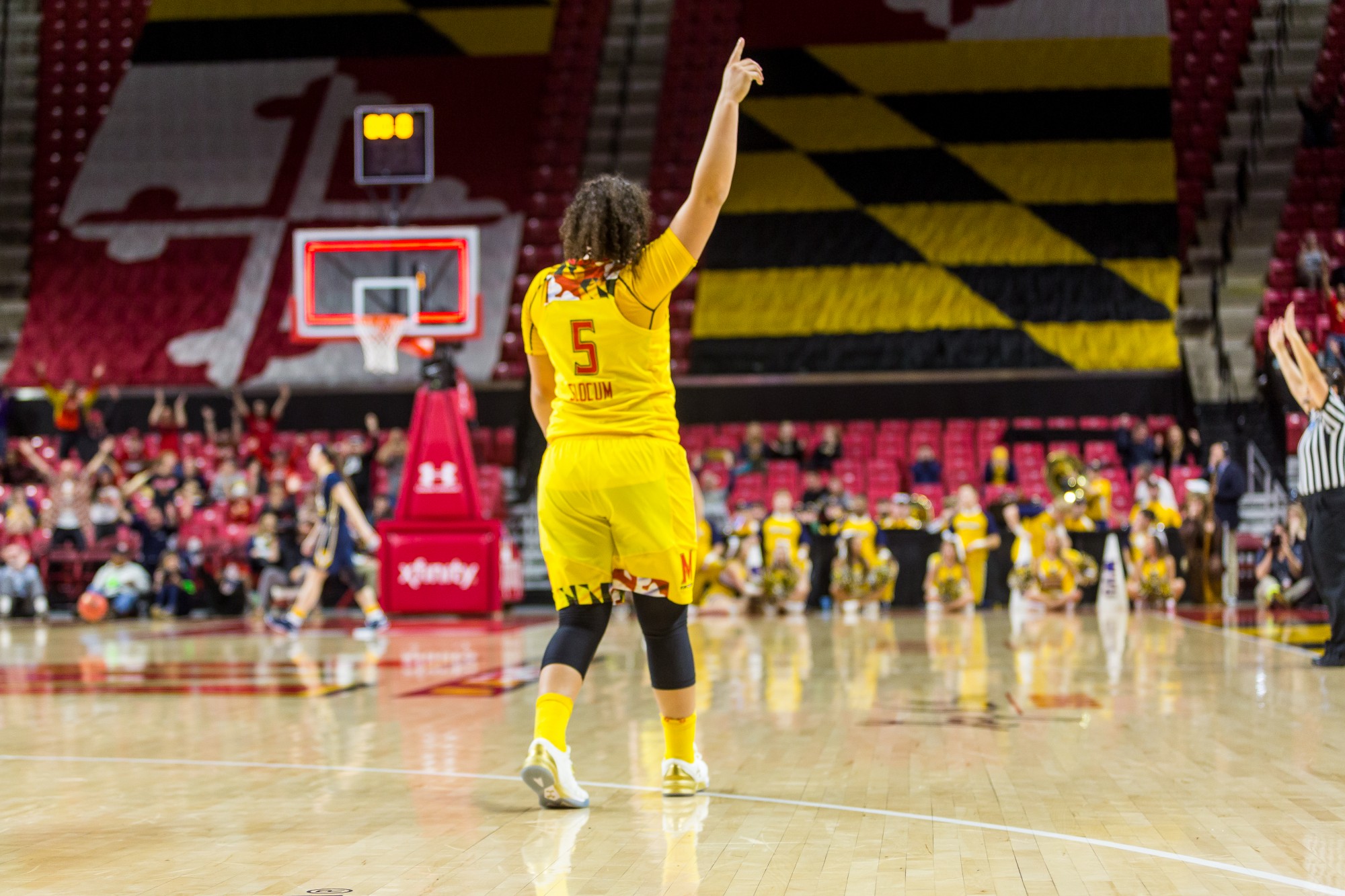 In the aftermath of Maryland women’s basketball’s not-so-Sweet 16 loss almost two weeks ago, the team lamented the upset for its two seniors, guard Shatori Walker-Kimbrough and center Brionna Jones. The Terps knew the two deserved more than a disjointed letdown against a No. 10-seed.

The regret soon became hope as attention turned to Destiny Slocum, the bright-eyed, National Freshman of the Year point guard, poised to become one of the program’s central figures over the next three years.

At that time, almost no one expected that program would be located somewhere other than College Park.

The Terps endured a massive blow Tuesday when Slocum, forward Kiah Gillespie and center Jenna Staiti announced their intents to transfer. In what was already an important stretch for coach Brenda Frese to fill her seniors’ voids, her 16th Maryland offseason is now her toughest rebuilding task yet.

“It is always difficult to see young people leave your program,” Frese said in a release, “but after many years in coaching and life experiences, I have a much broader perspective on life and the challenges that come along the way.”

That’s true — Frese has lost a star point guard before.

In summer 2015, first-team All-Big Ten guard Lexie Brown bolted to Duke. She was a mainstay in the lineup with 66 total starts and 13.3 points a game as a sophomore. Guard Laurin Mincy, the team’s leading scorer, graduated, too.

The Terps, however, weathered the departures to repeat as Big Ten regular-season and tournament champions. After all, they still had Jones, Walker-Kimbrough and a veteran lineup intact.

So, this instance feels different.

Slocum had become a national phenomenon.

Her deep buzzer-beaters made for instant social media hype — none more so than her 70-foot overhead heave in the second round of the NCAA tournament, the day’s No. 1 play on SportsCenter.

It highlighted a campaign when she set team rookie records for 3-pointers (71) and assists (204). She was third on the team in scoring (11.5 points a game) and averaged 6.0 assists, the nation’s best mark for a freshman.

She headlined the best 2016 recruiting class to complement Jones, the nation’s most efficient shooter, and Walker-Kimbrough, the program’s best 3-point shooter ever.

The trio accounted for 56 percent of the team’s scoring during the 32-3 campaign, but the leading role on a perennial top-10 team wasn’t enough to keep the Meridian, Idaho, native in College Park.

“Unfortunately,” Slocum wrote in a note on Twitter, “Maryland just wasn’t the right fit for me.”

For now, the Terps don’t seem worried despite their lack of any 2017 commits. Maybe they should be, because neither of Slocum’s probable replacements — Ieshia Small (5.1 points a game) and Sarah Myers (1.4) — warranted an extended role.

Guard Kristen Confroy tweeted Tuesday night: “So excited [to] see where Coach B’s fearless leadership takes us. We surely have a lot of hungry and talented Terps ready to compete with her.”

Guard Kaila Charles, Maryland’s other freshman starter, echoed that: “Playing at UMD is a blessing! I take pride in representing my state. Coach B is a great coach. We are ready to get after it next season!”

Myers, spoke out, too: “the first time I visited UMD in the summer of ’13, I knew It was the school for me … blessed to still feel this way almost 4 yrs later”.

Frese and the team’s official account retweeted all three.

Now, the veteran coach hopes she can mold that support into a cohesive bunch in the seven months before tipping off a new season without their bona fide star.