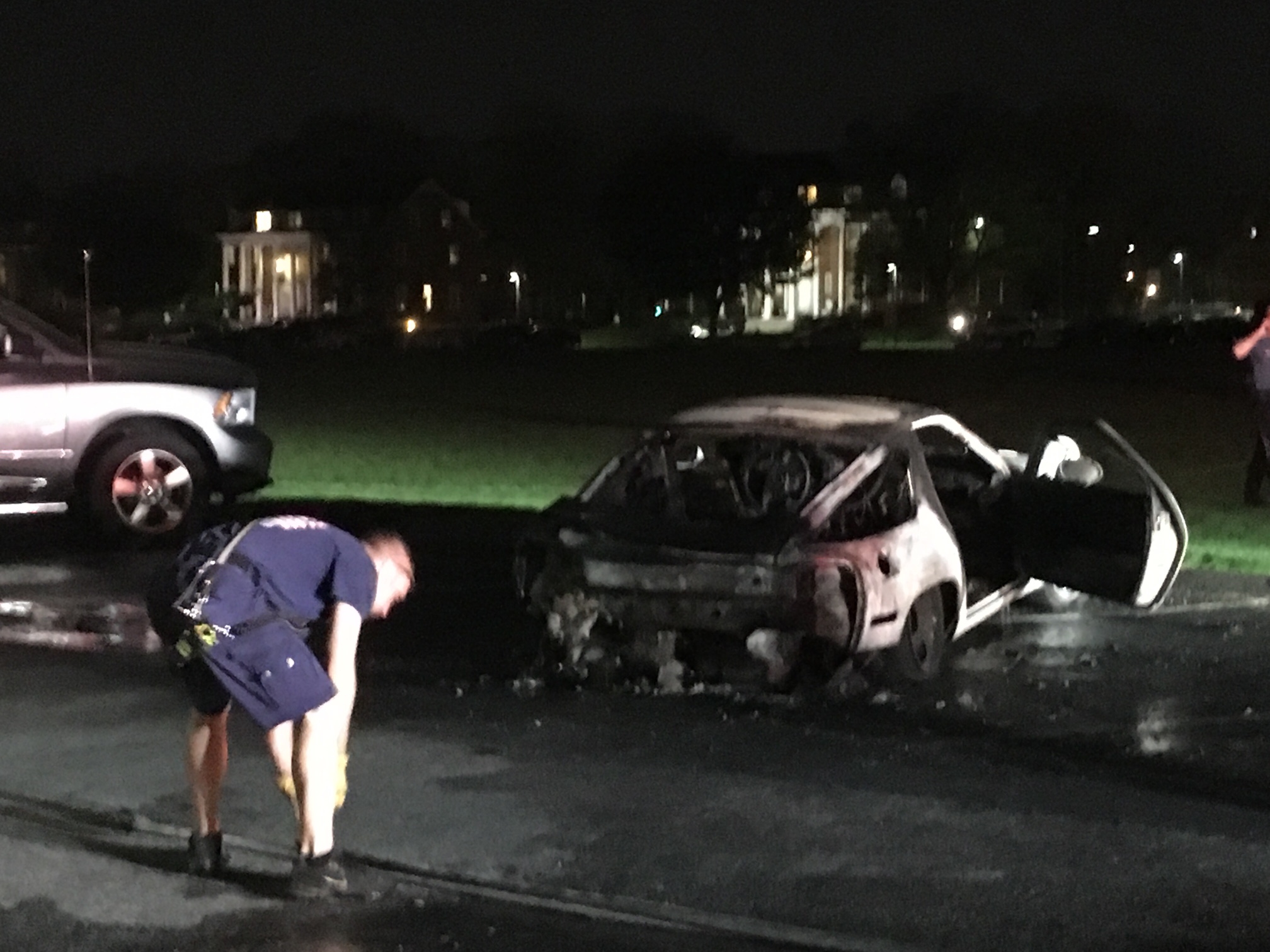 A car caught fire while driving on Route 1 before pulling into a parking space on Fraternity Row in front of the Kappa Alpha Order house Tuesday night at about 8 p.m.

Rich West, 71, of Newark, Delaware, was driving the coupe northbound on Route 1 when he noticed smoke. He pulled into Fraternity Row and saw the undercarriage of the car was on fire.

West said he was unable to put out the fire on his own and, by the time firefighters arrived, the flames had become “very robust.”

Social media posts from the incident show a fire that had entirely engulfed the tail end of the vehicle with smoke billowing from the car.

Firefighters were able to extinguish the blaze, and a satchel bag singed in the fire lay recovered on the ground near emergency personnel. A police officer at the scene referred timeline questions to University Police Spokeswoman Sgt. Rosanne Hoaas, who did not immediately respond to a request for comment.

The burned-out car remained in the parking space as of 8:30 p.m. A police officer at the scene referred questions of what will happen next with the car to the Prince George’s County Fire Department. Department Spokesman Mark Brady said because the car was in a parking space, it would be towed by an insurance company within a few hours.