Haiti doesn’t need our pity — it needs us to listen 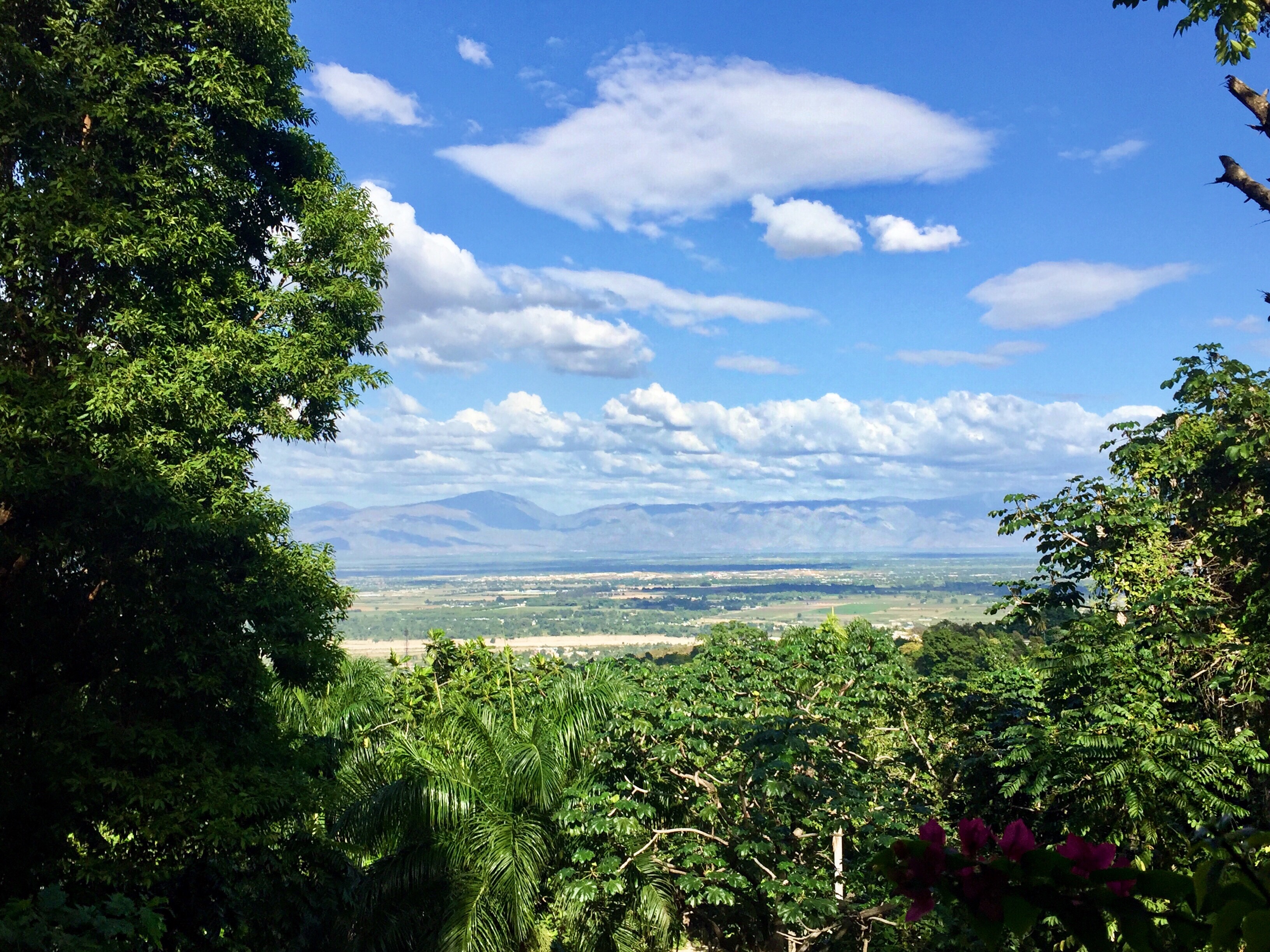 This was the response every time I asked the Haitian people we met what story they wanted told of their country. When all we have seen is their suffering, they ask us to look closer. They ask us to learn the whole story.

In January, I had the privilege of traveling to Haiti with the University of Maryland’s Alternative Breaks program. My team’s focus was on amplifying local voices through participation in the Haiti Compact, whose goal “is to engage U.S. campuses in effective, responsible, and sustainable service work in and for post-earthquake Haiti.” We did not go to provide aid; we went to learn about the complexity of Haiti’s history and what the country has to offer the world.

The limited understanding I had of Haiti was generally shaped by irresponsible media portrayals. Most of us saw images of devastation after the 2010 earthquake and heard the oft-quoted line, “Haiti is the poorest country in the Americas.” Only months later, a cholera epidemic broke out and fit nicely into the existing narrative of Haiti as a land of perpetual suffering, seemingly destined for tragedy. But this story was not destiny — it was manmade.

The challenges Haiti faces have deep historical and institutional roots. Colonialism is central to its story. Beginning with Columbus’ arrival, the native population was wiped out in a genocide of violence and disease. In 1697, Spain ceded the land that would become Haiti to the French. With the indigenous population dwindling, France turned to the slave trade to supply its workforce. The rate of death was so significant that “there was a complete turnover in the slave population every 20 years,” according to nationsonline.org. In 1791, Toussaint Louverture led a bloody rebellion of the enslaved population that lasted until their victory in 1803. Former slaves had defeated a world superpower and established the first black republic in the West.

But the victory came at a price. The new nation of Haiti had decimated farmland and little infrastructure, and was economically isolated from the rest of the world. In addition, they were ordered to pay France reparations for their plantations, a debt that was so large it would take Haiti until the middle of the 20th century to settle it. From the moment of Haiti’s birth, it was economically cut off from the rest of the world, lacked strong political institutions and was deep in debt. Understanding this not-so-distant history is critical to addressing its challenges today.

Of course, when news of the 2010 earthquake came to us, all we heard were the statistics about the more than 200,000 dead and more than a million displaced. We shook our heads as images of rubble appeared on our screen, and perhaps gave some money to the Red Cross. We felt pity that moved us to act, when it should have moved us to listen first. Rather than learning from history, groups such as the Red Cross, the United Nations and others charged in to impose themselves just as outsiders always have. I need to be very clear here: I am not suggesting the world should not have come to Haiti’s aid, nor am I arguing that those who did came with bad intentions. I am saying the default response of aid to Haiti, which leaves Haitians out of the conversation, is part of historical colonialism centered on white supremacy.

Outsiders who didn’t have the understanding to make informed decisions misspent aid money that should have gone to actual Haitians instead. They usually claimed a fear of corruption justified their behavior, but this only further undermined the Haitian government’s authority and continued to harm trust between them and the people.

Soon after the cholera epidemic broke out, another news cycle of Haitian suffering reached American media. There was just one problem with this narrative that often went unmentioned: “… [C]holera had been unknown in Haiti for at least a century.” It was easy to place the blame for the epidemic on Haiti itself, when the real culprit was the United Nations. The U.N. sent Nepalese peacekeepers to Haiti without being tested for the disease. Due to poor sanitation practices, the cholera “spread quickly from a U.N. camp in the upper Artibonite River valley to waters tens of thousands of Haitians used for bathing, washing and drinking.” The epidemic has killed more than 9,000 people as of August 2015. Even though evidence was brought to the United Nation’s attention, it refused to take any blame for the epidemic and provided far too little aid. In 2016, after years of death, denial and lawsuits, the U.N. finally admitted their role in the outbreak (but have yet to take major action to help fix it).

After learning about this history and the current problems of aid work, our Alternative Breaks team spent several days in an industrial park, talking to factory workers and learning about the garment industry. Clothing is a huge export for the Haitian economy, and the U.S. is a major trading partner. However, this growing economic sector is filled with contradictions. On the one hand, the growth means more jobs for those living in poverty. On the other hand, the small profit margin on items such as T-shirts means low wages that won’t necessarily create a path out of poverty.

The relationship with the U.S. has also been problematic. Our government allegedly told Haiti not to raise the minimum wage in order to keep prices low for American consumers, as State Department memos have demonstrated. Some companies, like Share Hope, are looking for a way to improve this situation. But it will also take changes in U.S. trade policy to encourage real reform in the Haitian economy that protects workers.

In a way, I feel I’ve broken my promise to those I met in Haiti. I told them I’d spread a positive message of their homeland, but have spent a lot of time discussing their challenges. So, I will repeat what they asked of me: “Tell them how we treated you. Tell them how you were welcomed.” During my short time in Haiti — as a white outsider — I felt welcomed everywhere we went. I was always met by warm smiles and greetings, offers of food and a place to sit. The Haitians I met didn’t talk about their home in terms of earthquakes or disease. They spoke to me about the first black republic, about enslaved peoples rising up to take their freedom. They spoke with love of their home because Haiti has faced incredible odds and continues to persist.

The Haitians we met were not naïve about Haiti’s situation; on the contrary, they had a keen understanding of how the world perceives them. With each warm greeting, they were pushing back against the weight of tragedy and the power of assumption. “How do you like Haiti so far?” was a question we often heard. It was not just a pleasantry — the meaning was much deeper. They asked to see what story we were forming of their home, what view we would take back with us. In a world that has stripped them of the power to tell their own story, we were given a chance to have at least some level of influence. I felt the urgency of it, the long overdue respect they were owed. The labor of having to educate another group of outsiders, but also the recognition that, slowly, education is the path to changing what persists. The knowledge that better storytelling has the power to right historical wrongs.

The AB: Haiti Team is hosting a discussion and documentary screening on Monday, April 17th in Art/Soc at 7 pm. They will be showing the film, “The True Cost” and discussing the global role of Haiti’s garment industry. All are invited.

Jack Lewis is a junior government and politics major. He can be reached at jlewis20@umd.edu.