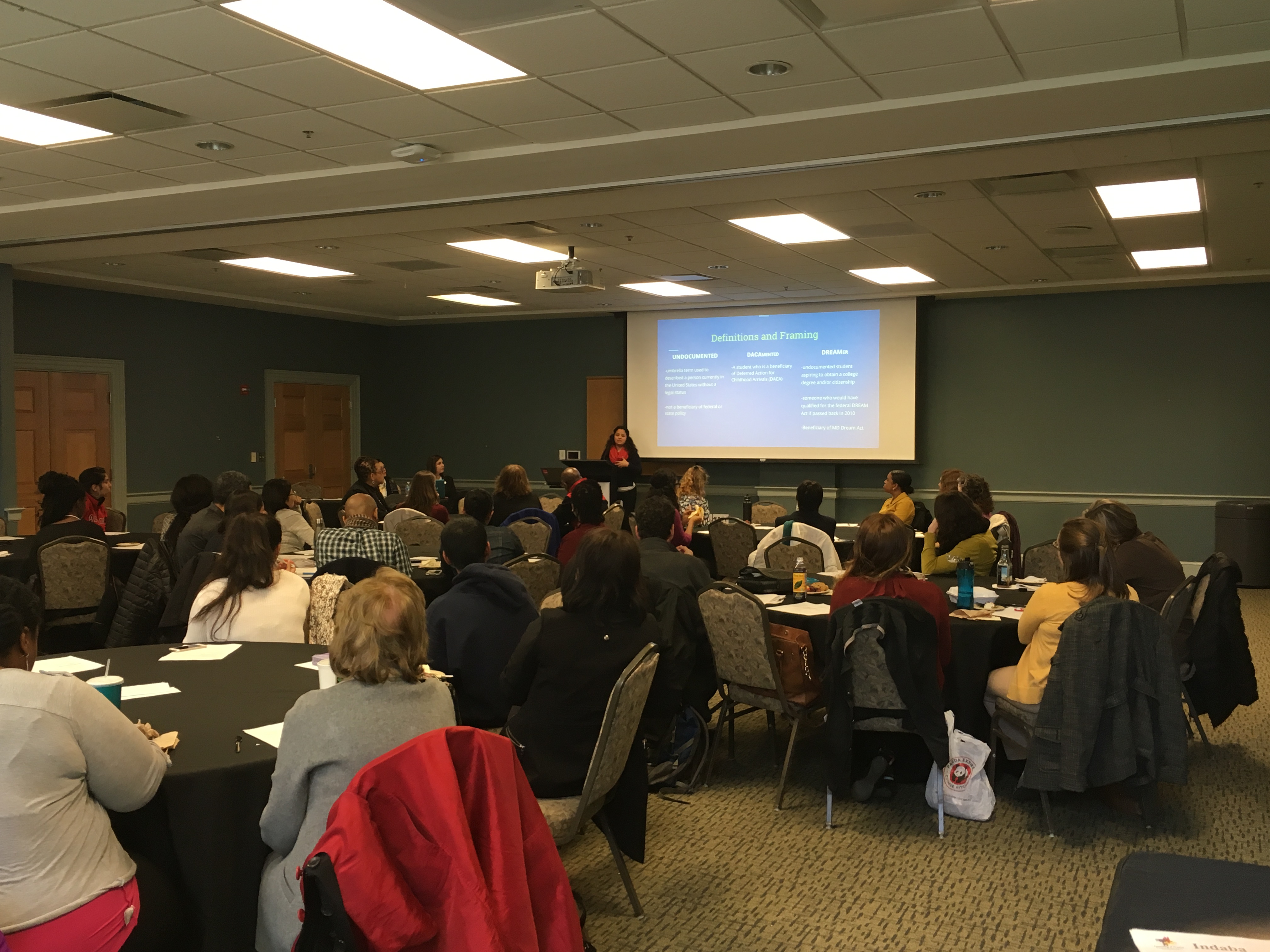 Following President Trump’s DACA recall, the University of Maryland’s undocumented student coordinator and supporting offices have received a surge of requests from affected students and staff and faculty members who want to assist them.

Laura Bohorquez took over the undocumented student coordinator position from Yvette Lerma Jones shortly before Trump’s Sept. 5 announcement. Trump said his administration would phase out Deferred Action for Childhood Arrivals, a program that allows those who came to the U.S. as children to work and study in two-year blocks.

Since the announcement, Bohorquez has met with some 13 students, about half of whom she has seen at least five times, she said.

That translates to about 70 meetings in five weeks, added Janelle Wong, a university American studies professor who is part of this university’s undocumented student working group.

[Read more: UMD PLUMAS is helping DACA students pay fees so they can renew their status]

“Without her, many of the day-to-day challenges the students are facing would fall through the cracks,” Wong said.

As of fall 2016, there were about 113 students at this university under DACA.

Before Trump’s announcement, DACA students were scheduling appointments to talk about their avenues to receive in-state tuition, and prospective students inquired if they should access admission to this university through the Maryland Dream Act or DACA, said Lerma Jones, who is now the Latinx Student Involvement and Advocacy coordinator.

Many of the students’ needs shifted after Trump’s announcement, Bohorquez said.

“When I started … it became more about spaces and support networks,” Bohorquez said. “And based on the announcement, [students asked], ‘Do I need to worry about my in-state tuition or classification? Do I need to create a contingency plan? What are some of the resources in terms of emotional and mental health and wellbeing on campus?'”

About $3,000 from the student group Political Latinxs United for Movement and Action in Society and $2,000 from other private donations have been set aside for undocumented student assistance, such as paying for DACA renewal fees, Bohorquez said.

The United States Citizenship and Immigration Services is no longer accepting first-time DACA applications, and those with permits that expire before March 5 can reapply until Oct. 5. The renewal fee costs $495.

If this money runs out, Bohorquez can access some emergency funding, which was raised through private donations, from the Student Affairs Department to assist undocumented students.

The undocumented student working group, which Bohorquez and Lerma Jones are part of, has also met with University of Maryland Police after a student shared concerns about whether Immigrations and Customs Enforcement could be collaborating with them.

“So we were assured in terms of the collaboration or relationship between campus police and ICE,” Bohorquez said. “It was clear that there is none and the campus police are looking [out] for the safety of the students.”

[Read more: University of Maryland will now have an undocumented student coordinator]

This university also saw an uptick in requests from staff, faculty and student groups who wanted more information about UndocuTerp Training, a university program that provides the “knowledge, skills and resources necessary to effectively respond to the needs of undocumented students,” according to UndocuTerp Training’s website.

“We were getting more requests than we had the capacity to produce,” Bohorquez said.

Lerma Jones said they’ve redirected some people to attend a pre-scheduled UndocuTerp training session, unless they were in a large group, as larger audiences are prioritized.

The group is putting together a regular schedule for the trainings and has about 14 facilitators who have been trained to assist with these sessions.

Some students have raised concerns that the undocumented student coordinator position isn’t full time, but only 30 hours per week.

“There’s still a piece there about what this means if demand for Laura’s time continues at the pace it has been since the announcement,” Lerma Jones said. “We have to acknowledge the fact that we are doing more than what is designated, because this is a very unique time in our climate … we’re trying to figure out what this will look like longer term.”

Warren Kelley, an assistant vice president for Student Affairs who sits on the working group, said different offices in Stamp Student Union are “providing through different resources … the equivalent of a full-time person.”

While the undocumented student working group didn’t plan any specific actions ahead of the announcement, there had been “quite a bit of anticipation and discussion about it,” Wong said.

“There was a sense … of relief that we had been meeting for two years,” Wong said. “To have the staff member in place, to have the working group ongoing … just made it easier to respond, that we weren’t trying to create a working group the day after the announcement.”

Within the University System of Maryland, Towson University also has a staff member designated, whose job includes supporting undocumented students, Lerma Jones said. And some other universities within the system have a liaison appointed, she added.

Before Trump’s election, the working group planned to meet about once a semester as a way to check in, Kelley said.

“After the election, it became more urgent,” Kelley said. “All the units understood that it was a changing landscape and that we would need to be in touch and meet more frequently to be on board.”

There has also been a “cultural shift among administrators to think about this population, when they didn’t think about it before,” Wong said.