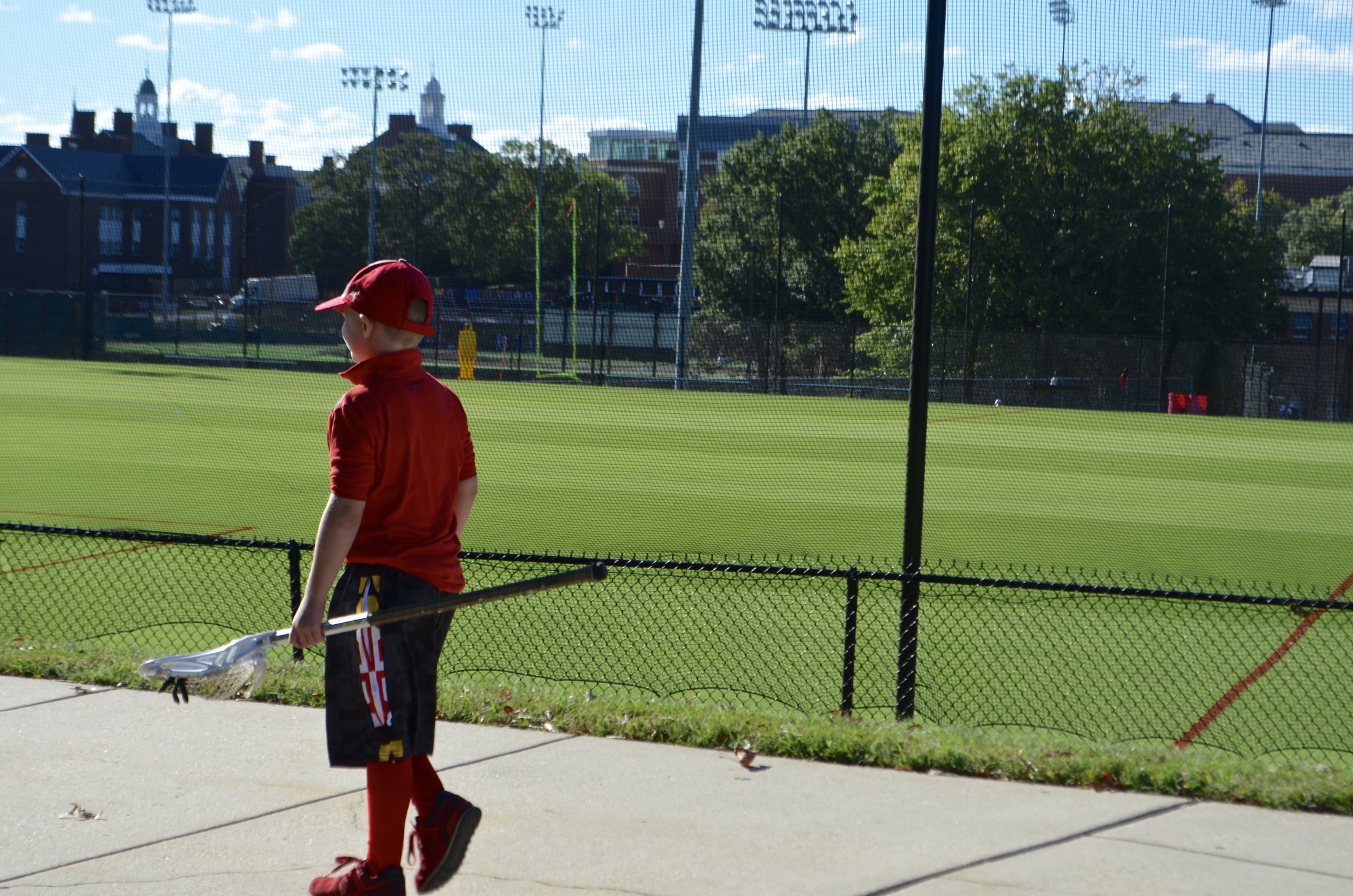 When 7-year-old Fionn Crimmins arrived at Maryland Stadium on Saturday morning, more than 50 extended brothers from the Maryland men’s lacrosse team greeted him, giving him high-fives and fist bumps.

Locals, coaches, athletes, alumni and parents decked in Maryland attire and endless smiles came to support Crimmins for the third annual Terp Trot Team IMPACT walk, which has helped Crimmins through his struggle with acute lymphoblastic leukemia. Dressed in Maryland clothing with his lacrosse stick by his side, Crimmins led the team through the walk. He had nothing but a smile on his face as his parents and extended family surrounded him.

Crimmins is a member of Team IMPACT, a Massachusetts-based nonprofit organization that matches children facing chronic illnesses with collegiate athletic programs. Crimmins is scheduled for treatment this month.

On Saturday, Maryland alumni, current players and other athletes came together to support Team IMPACT children. Teams such as women’s basketball, wrestling and softball have honorary members from Team IMPACT.

“The most important message from today is that you are not alone,” goalkeeper Dan Morris said. “Fionn has over 50 brothers walking to support him, so Team IMPACT has done a great job of connecting kids like Fionn to larger families.”

The men’s lacrosse team hosts events like the Terp Trot Team IMPACT walk throughout the season, because it allows older players to get to know the newcomers.

In 2015, the men’s lacrosse team was given the opportunity to invite an honorary teammate to their bench. That October, the Terps chose Crimmins, whom they presented with a stick and helmet to officially welcome him. He’s stayed with the team ever since, and they plan to continue this tradition for years to come.

The Terps said inviting a non-player like Crimmins to the bench creates a feel-good moment for everyone.

“The interaction between Fionn and the players has been mutually beneficial for our guys to get some perspective, seeing how much of an impact that we can have on a young person’s life that is going through a tough time,” Tillman said.

The coaches and players stressed it was important for Crimmins to feel like a member of the team, from the beginning to end of the season. The 7-year-old is expected to be at all events for the team, including games, practices, banquets and even the national championship in May should the team make it that far.

“Being able to be a part of a team and around a bunch of guys that really care for him and understand what he is going through means a lot to him,” defender Bryce Young said.

The team grew to become another family and support system to Crimmins, from helping him improve his lacrosse skills to comforting him during his difficult treatment times.

Over the summer, players showed their care for him by attending his lemonade stand, going to eat pizza and taking him bowling. Tillman attends Crimmins’ lacrosse games regularly.

“Our goal is to make a difference,” Tillman said. “If we are going to do the things that we want to do as a program, part of that is not just focusing on ourselves, it is making an impact on others.”