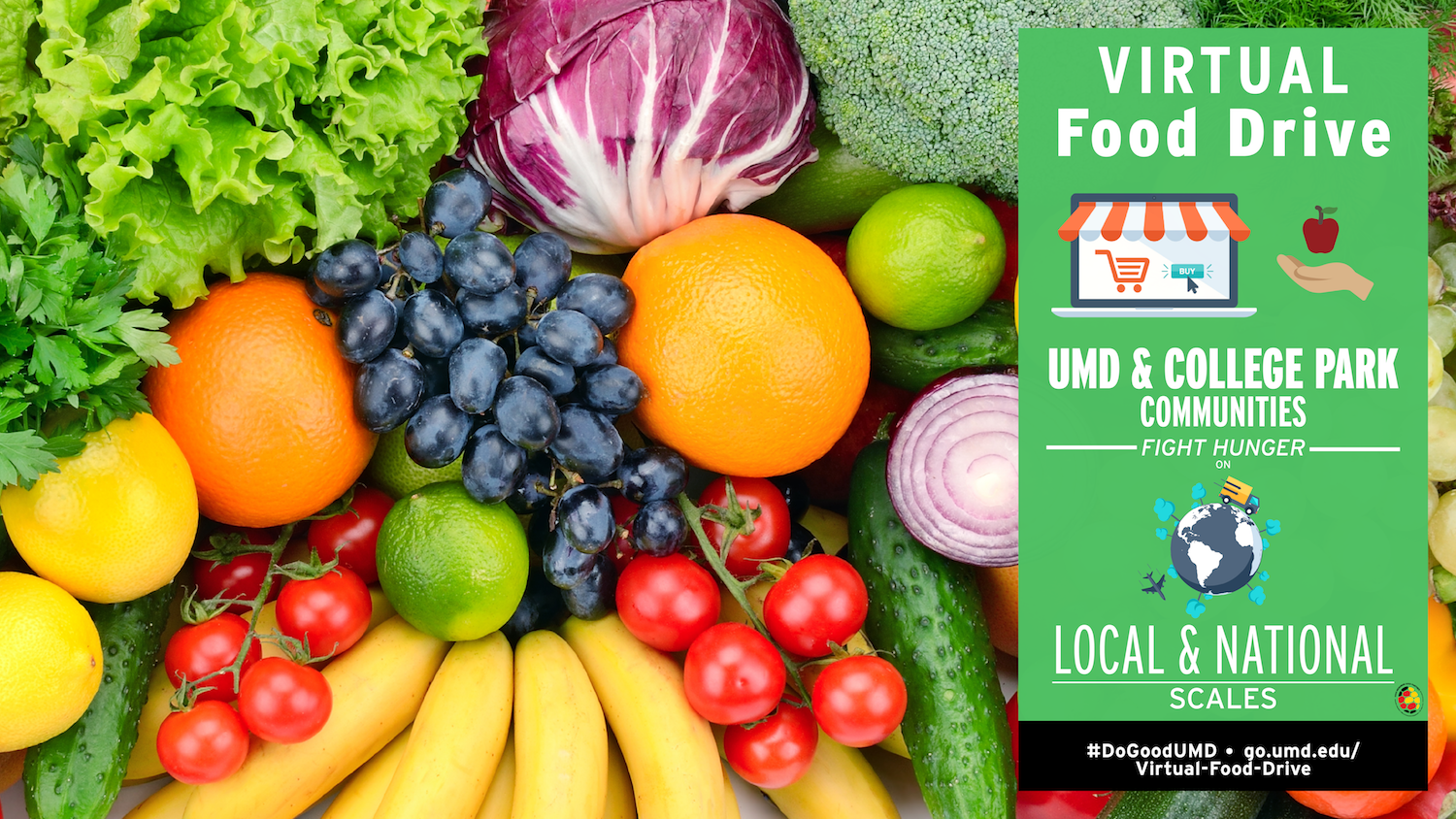 The University of Maryland is partnering with several local and national organizations to launch a virtual food drive aimed at alleviating food insecurity in Prince George’s County and areas affected by recent hurricanes.

The drive is a joint effort between this university’s Office of Community Engagement and the Alumni Association, as well the Food Recovery Network, a nonprofit that aims to reduce food waste and feed the hungry.

Using the online platform Amp Your Good, those who wish to donate can select and purchase items from a list of healthy foods created by various hunger organizations.

The items will be delivered directly to local organizations once the drive is complete.

“A lot of these communities who face food insecurity typically don’t have access to healthy diets and oftentimes live in food deserts,” said Ceylon Mitchell, the Office of Community Engagement’s communication and media coordinator. “To be able to have access to fresh produce to help their diet is not always a common thing.”

The drive began on Sept. 27 and will conclude during this university’s homecoming game versus Indiana on Oct. 28.

When she heard about the suffering in Texas, Florida and Puerto Rico, Blackwell said she thought, “[It’s] a no-brainer. We have to do something about this.”

Half the collected items will be delivered to the Christian Life Center in Riverdale, where they will be distributed to food-insecure individuals in Prince George’s County, while the other half will go to organizations providing on-the-ground support to those recovering from the recent storms.

There are about 129,000 people in the county who cannot be confident where their next meal is going to come from, she added. That equates to about 14 percent of the county population, according to data from the U.S. Census Bureau.

Northouse added that she believes the virtual platform will reap more benefits than a traditional food drive would for hurricane-affected areas.

“When it comes to times of crisis and natural disaster, people thankfully come to the aid right away, and it’s almost sometimes too much,” she said, explaining that local food banks are often too overwhelmed with donations to effectively distribute it. “With a virtual food drive, if we raise more than we expected, the food banks can tap into that reservoir of produce as they need it. It becomes like their own mini grocery store.”

Food drive organizers said they were impressed and pleased by the community’s willingness to get involved with the project.

Annika Vaerst, this university’s Food Recovery Network chapter president, agreed, saying she sometimes receives so many volunteer applications she has to turn people away. The virtual food drive’s unique approach is a “great idea,” she added.

In addition to making online purchases, those who wish to donate can drop off food at the Samuel Riggs IV Alumni Center between 12:30 p.m. and 3:30 p.m.