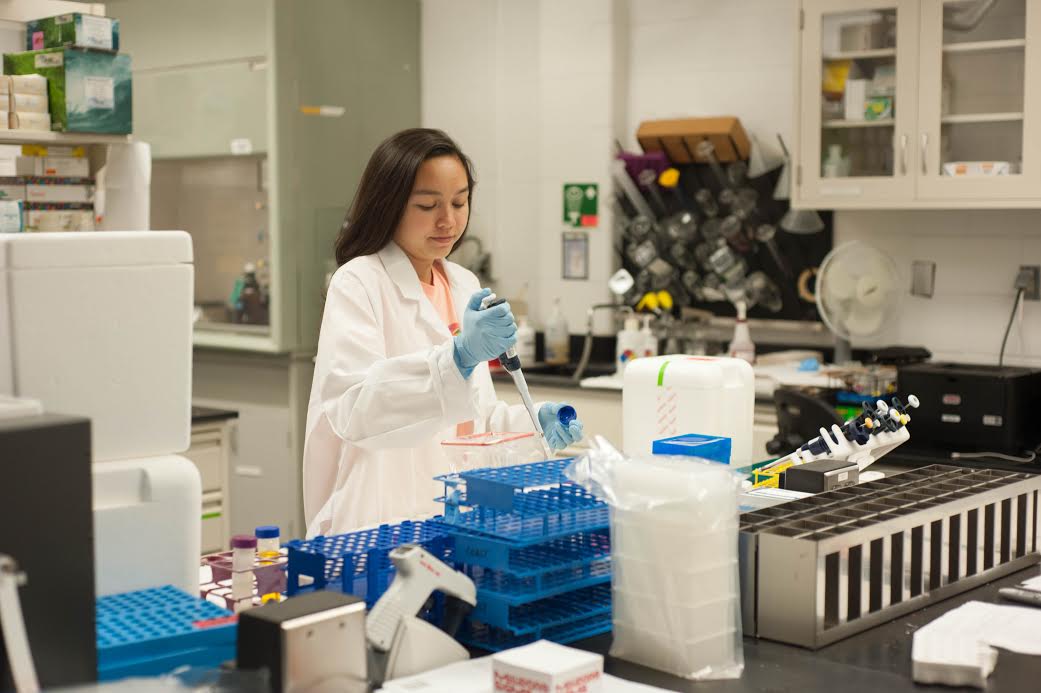 University of Maryland scientists are conducting a study to identify what makes people contagious and how to stop the spread of disease on the campus.

The study will focus on students living in university dorms. Any first-year student in the Global Public Health, Life Sciences or Science, Technology and Society College Park Scholars living-learning communities can enroll in the study any time they get a cold or flu.

The study began Monday, and any student who participates will receive incentives, including money. It will enroll new cases until spring break. Up to 1,500 people can participate in the study, said Donald Milton, the public investigator for the research.

[Read more: UMD researchers helped create a molecule that could lead to a vaccine for HIV]

“The study itself is really groundbreaking since it’s not artificial,” Khan said. “It’s happening in a living college campus with students actually getting sick with natural causes, and that’s really unique.”

If students get sick while enrolled, they can go into the study’s research lab and be tested to see what viruses they have. The scientists focus on four specific viruses: RSV, coronavirus, influenza virus and adenovirus.

Those who test positive for one of the four viruses are then asked to list people they have been in close contact with. Anyone living in the Cambridge Community is eligible to be a contact. Contacts also go into the lab to be tested and earn incentives.

“We’ve been trying to figure out the best way to do this kind of study for a long time, even trying different places like elementary schools and nursing homes, but none of those have worked,” Milton said. “Meanwhile, we realized we are on a college campus where people are spreading stuff around a lot in dorms since they are so close to each other. The best environment for this study was right here all along.”

The long-term goal, Milton said, is to see what the difference would be if the quality of air was changed in buildings, but first the scientists have to know how much of a virus is airborne. Another potential approach to preventing the spread of infection, Milton said, would be to create a test to see if a person exposed to a virus becomes contagious.

The researchers also created an app that students in the study can download. It is a location-tracking app that can show the building and room a person is in. This will help researchers figure out how much interaction a person has had with contacts and if the ventilation in a specific building is causing more people to get sick.

The study is an expansion of one that took place last semester, when only people living on three specific floors in Centreville Hall and people part of the Global Public Health Scholars group in their freshman year were eligible to participate, Hong said. Last semester, the scientists did not focus on the four viruses they are targeting this semester and instead looked at about 48 viruses, Khan said.

There were 68 students in the study cohort, and there were 72 viral infections found in participants. In 20 instances, contacts contracted viruses while they were participating in lab tests over a seven-day periods.

“Last semester, 20 percent of people who had a cold or flu had more than one cold at the same time with multiple different viruses — some people even had three viruses simultaneously,” Milton said. “College students face a lot of exposure to respiratory infections, and it’s a huge problem that doesn’t help productivity, so if we can figure out how to protect students from spreading stuff to each other, it will make a big difference.”