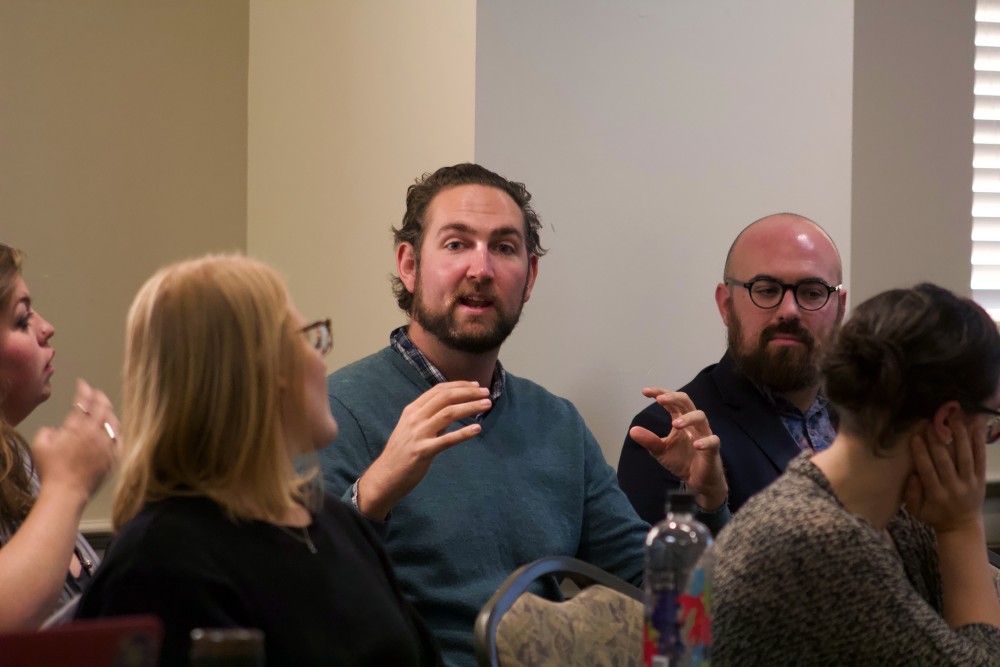 The University of Maryland GSG Assembly voted Friday to elect Michael Goodman, a second-year doctoral student, as its new president.

Goodman ran unopposed in the special election, which was created to confirm a new president after former president Stephanie Cork was impeached based on the findings of the Graduate Student Government Governance Committee. Cork had previously submitted her resignation, but the assembly did not accept it.

As president, Goodman would like for the GSG to continue discussing collective bargaining rights for student workers, as well as improve its transparency and communication with graduate students.

“I think it’s so important that graduate students, like me, know that some people are doing work that hopefully will lead to policies and conversations and protocols that benefit them,” Goodman said. “It’s easy to feel, as a graduate student, like people don’t know that you exist, and I want students to know that they matter.”

Student employees lack some of the protections and privileges that most Maryland State employees receive under law. A Maryland General Assembly bill, which the GSG supported, that would grant student workers collective bargaining rights was withdrawn by the House Appropriations Committee last April.

Goodman is a graduate assistant in the Undergraduate Student Legal Aid Office at this university and is also a program manager at the National Association for Independent Schools, a nonprofit organization that provides services to K-12 schools in the U.S. and abroad.

As an undergraduate, Goodman was the student body president at the University of Central Oklahoma, where he earned his bachelor’s degree in organizational communication in 2008. He earned a master’s of science in education, higher education and student affairs from Indiana University in 2012.

“I have experience as a student government president in the undergraduate context, but I’ve also worked in higher education for several years so I have an understanding of the needs of student governments,” Goodman said.

Goodman’s professional character as a member of the GSG will translate well to the role of president, said Stephanie Folling, GSG academic affairs vice president.

“Michael is very good at facilitating,” Folling said. “So for the conversations that need to be had to repair and restore some of GSG’s relationships, I believe he’ll be a great facilitator for that.”

Public Relations Vice President Katie Brown said he has personable qualities that will help him as GSG president.

“He’s somebody who has the capability of standing by his word — of forcing an issue in a conversation but doing it in a respectful and kind way that I think is important for a president to have,” Brown said.

After a month of unusual drama within the GSG concerning the impeachment proceedings of former President Stephanie Cork, Goodman hopes to refocus the GSG, he said.