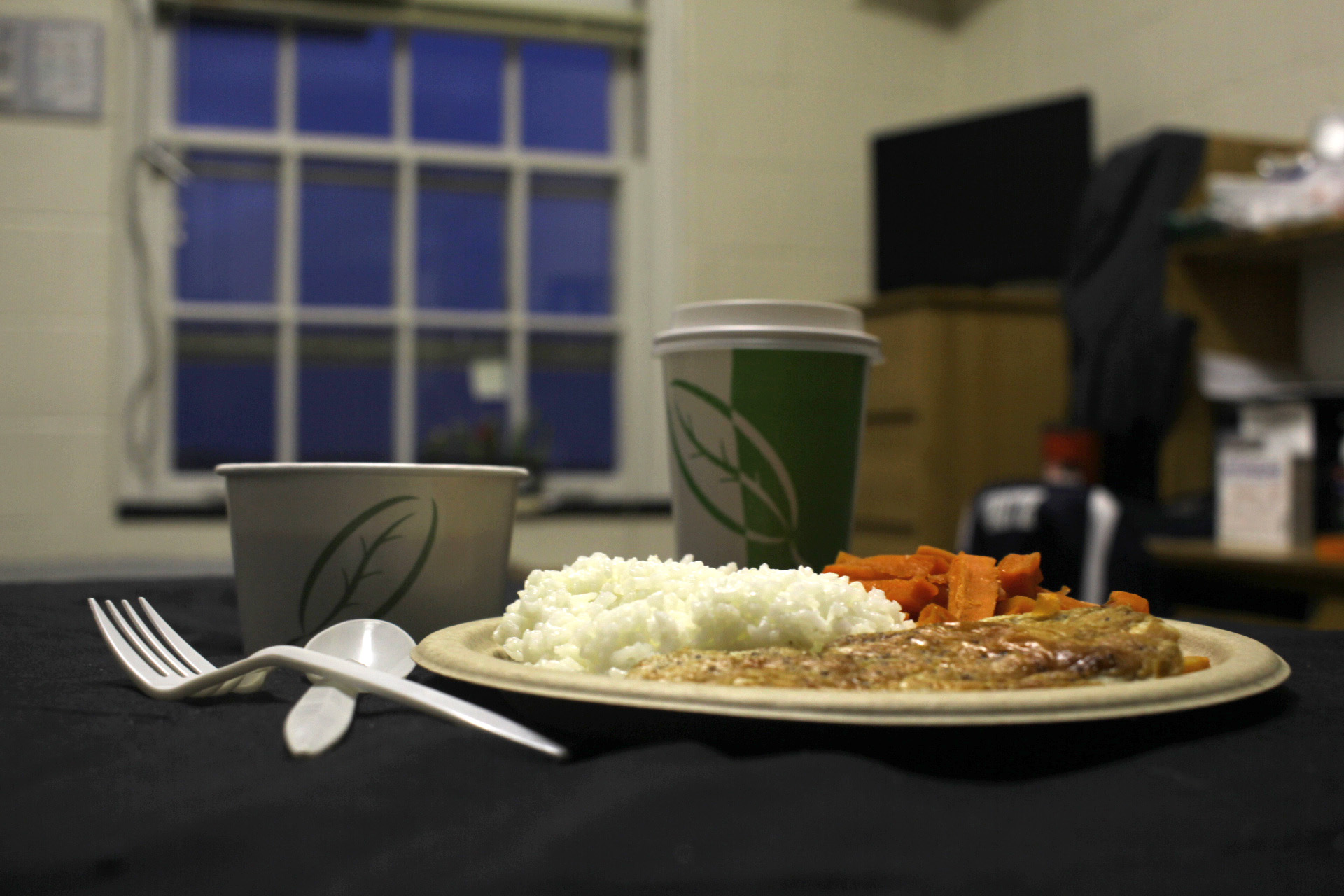 After returning to the University of Maryland from a winter study abroad program in Botswana, senior government and politics major Daniela Nagar had a fever, intense headaches, congestion and lethargy.

“I was basically sleeping all day, but then eventually I was starting to have trouble sleeping a lot,” Nagar said. “I would wake up somewhat frequently, but I didn’t have the energy to do anything. Even when I was awake, I couldn’t even look at a computer screen because it hurt my head too much.”

Nagar visited the Health Center, which diagnosed her with the flu. While she knew about flu shots and went in for a flu test at the health center, she didn’t know about another campus health service — sick meals.

Since the fall 2016 semester, Dining Services has offered sick meals, where sick students can request a meal online from either the North Campus or South Campus Dining Hall. After submitting an online request for the meal with at least 30 minutes notice, the person a sick student designates in their request can pick up the packaged to-go meal.

While the sick meals do not require proof that the student is actually sick, extended use of the sick meals service may require a doctor’s note of your illness, according to Dining Services.

With this in mind, freshman communication major Natalie Leinbach does not believe that exploitation of the service would be a serious danger.

“I know I wouldn’t [exploit the service],” Leinbach said. “And other people probably wouldn’t anyways because you get unlimited dining anyways, and also it’s another trip that you have to make to the diner. There isn’t enough incentive to exploit it.”

The sick meals consist of a set list of foods from the dining halls and are available in vegan and non-vegan options. Breakfast options include scrambled eggs, toast, a banana and apple juice, while lunch options include the soup of the day, grilled chicken breast, rice, green vegetables and ginger ale.

“They’re not intended to be a feast — [they’re] intended to be what you need to eat until you’re feeling better enough to come back to the dining hall,” Dining Services spokesman Bart Hipple said.

Freshman computer science major Alex Melvin knew about the sick meals, and believes that the service could prove effective during the flu season.

“[Sick meals] are a way to combat the flu, which could easily spread at the diner.” Melvin said. “If I had the flu, it would be nice to have somebody pick [sick meals] up for me.”

With flu season in full effect — this season is said to have the highest number of hospitalizations on record, according to the U.S. Centers for Disease Control and Prevention — more sick meal requests are taking place, Hipple said. But he added that “there’s still not a big number.”

“We’re not even up to more than one a day at this point, which I think is remarkable considering there’s 9,000 students on dining plans,” he said.

Freshman Ellie Brown, who is enrolled in letters and sciences, was sick during the first day of classes and knew about the sick meals, but couldn’t find another student to pick up one for her.

“I was new, so I didn’t really know anyone who could get [the sick meals] for me,” Brown said. “When you’re sick, you can’t get out of bed and go get [the meals] yourself.”