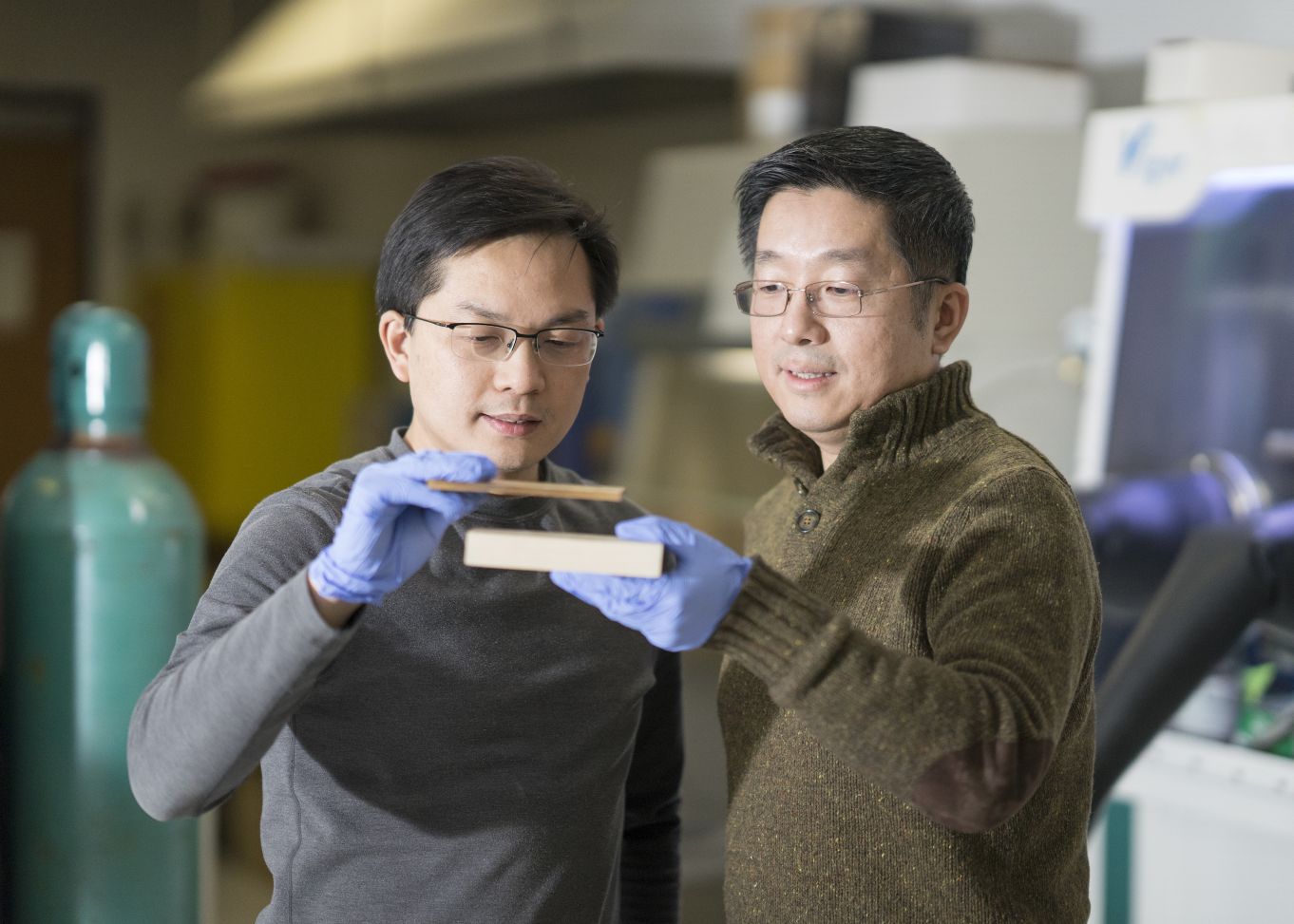 In a small lab at the bottom of the University of Maryland’s engineering building, three professors created a wood stronger and tougher than most metals.

The product, known as “super wood,” is more durable than many types of steel, and would have many practical applications, said Teng Li, a mechanical engineering professor. Li co-led this project with Liangbing Hu, who also serves as an engineering professor. The two said this invention could eventually replace structural materials used for cars, as well as other applications requiring strong metals.

After nearly six years of wood research, Hu and Li began this project in 2016.

[Read more: Science has created wood that looks like glass]

The team modified the material and mechanical properties of natural wood to make it 10 times tougher and 11.5 times stronger, Li said. Toughness refers to the durability of the material, whereas its strength depends on how much stress it can take, he added.

“It’s comparable to almost all the metals and it’s lighter weight,” Li said. “All these structural materials could eventually be replaced by super wood. For applications where mass and weight are parameters, it will have a potential.”

The modified wood is not only stronger and tougher than most types of steel, but it’s also six times lighter, Li said. The material also rivals titanium alloy, which is a high-performance and lightweight metal.

This material would be extremely useful when designing cars, Li said, as it would save gas and money using a lighter material.

Raymond Phaneuf, who serves as the interim chair in the materials science and engineering department, said this project is “an excellent example of material science at its finest.”

“It’s a remarkable achievement,” Phaneuf said. “It’s a wonderful example of a case where [Hu] has taken a material — and rather than be satisfied with its properties — he’s come up with a combination of chemical and mechanical processing to alter the structure.”

The end result of this project is completely transformative, said Hugh Bruck, who serves as associate chair for academic affairs in the school’s mechanical engineering department. After working with wood for 10 years, Bruck said he’s never seen anything like it.

“You know the superhero character Luke Cage?” Bruck said. “How Cage has this super dense skin that is unbreakable because it is super dense? It’s the same thing. He is able to get wood to now have strength and stiffnesses that are similar to those levels.”

Modifying the wood occurs in two stages, Li said, explaining a complicated process of removing certain properties of the wood and then compressing it. Despite these steps, Li said the process is “scalable,” as he compared the manufacturing process to that of newspaper assembly lines.

“Imagine you have a very long, roll of wood,” he said. “You do the chemical treatment, the pressing at another step, and you can do a continuous roll-to-roll.”