UMD alerts should be sent in Spanish 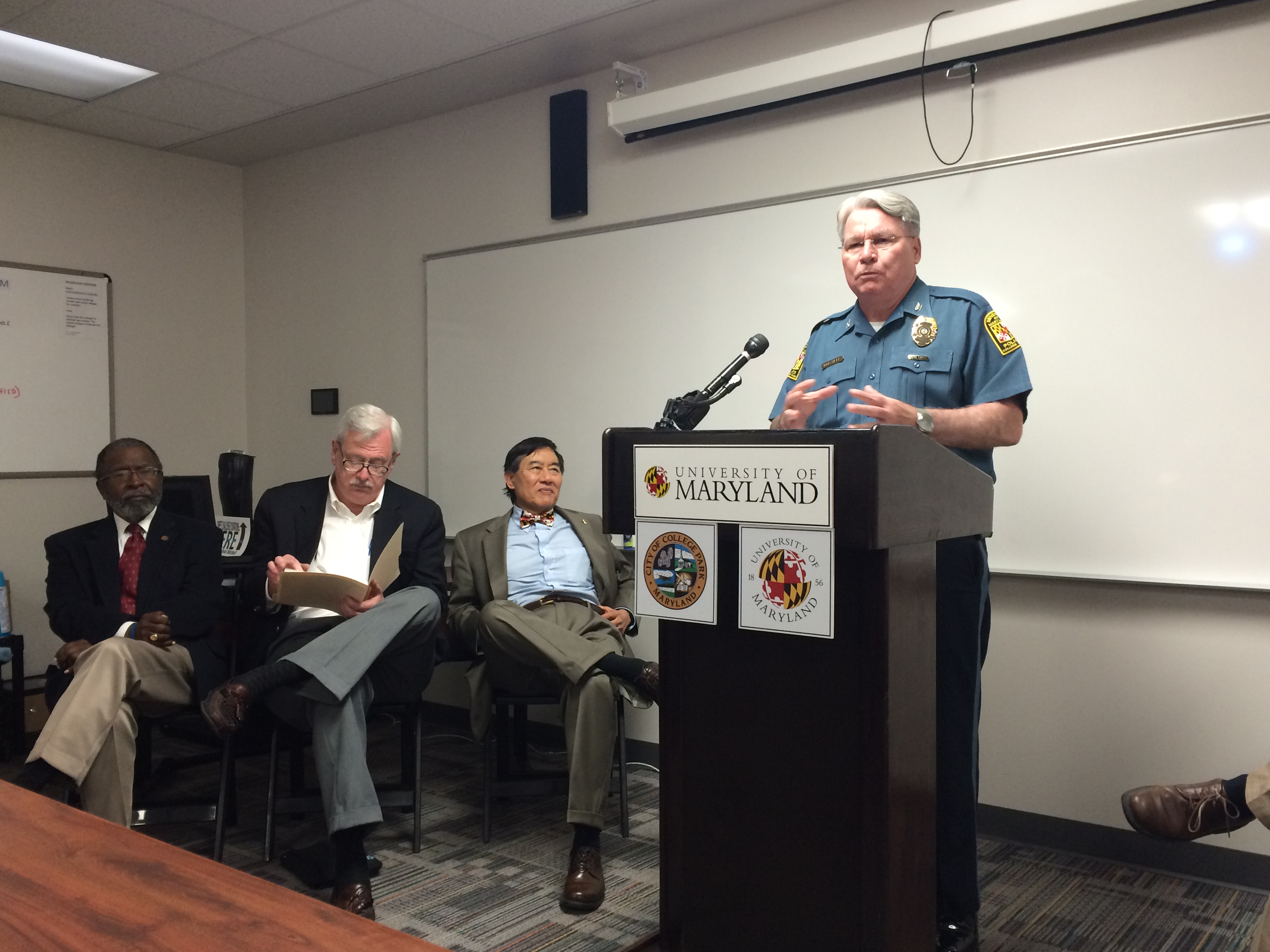 Last week, a robbery was reported near a University of Maryland building. Several campus buildings, including Eppley Recreation Center, were put on lockdown, and students, staff and faculty were told to stay away from the wooded area near the Chesapeake Building. University Police informed the campus community of the threat through its email and text system, but the system lacks one thing — the option to receive alerts in Spanish or other languages.

According to the United States Census Bureau, Hispanic individuals made up 17.6 percent of the U.S. population in 2015. Additionally, 40 million U.S. residents reported speaking Spanish at home. This part of our population deserves attention. However, some fail to see the importance of being inclusive to those who are non-native English speakers.

At a press conference in 2015, then-presidential candidate Donald Trump argued that “while we’re in this nation, we should be speaking English.” It isn’t particularly surprising that Trump thinks English should be the only language spoken in this country — it is the opinion of someone in a position of privilege who doesn’t understand how destructive it is that English has become the language of power. Unfortunately, this is not an uncommon opinion.

Being able to speak English, particularly the English spoken in academia or the government, often provides access to higher education, better jobs, socioeconomic mobility and, in this recent case, physical safety. The attitude of people like Trump purposely makes certain aspects of American life inaccessible to those who don’t speak English. It also upholds the incorrect and dangerous mindset that English is a superior language, and those who don’t speak it are inferior.

When University Police send out alerts in English only, a portion of our campus population may not be able to understand them, and therefore are put in harm’s way. For example, anyone who could not understand the alerts on Thursday would not know that they should not approach the area. While University Police are “researching options around this topic,” according to police spokeswoman Sgt. Rosanne Hoaas, it’s important that we prioritize this issue for the safety of those at this university.

The American Federation of State, County and Municipal Employees is a union that represents employees at this university and the University of Maryland University College. After the robbery on Thursday, AFSCME sent a tweet intended for the University of Maryland Police Department, saying, “We need alerts sent in Spanish for our members. We are currently bargaining in the Chesapeake building and have Spanish speakers present.” This shows how sending alerts in English only is detrimental to the safety and inclusion of a portion of this university’s population.

Sending alerts in Spanish is ultimately a small change the police department can make. It might not seem like a big deal, but it pushes inclusion over assimilation, indicating that this university is a safe space for everyone and doesn’t place a higher value on the safety of English speakers than those who speak other languages.

Liyanga de Silva is a sophomore English major. She can be reached at liyanga.a.ds@gmail.com.