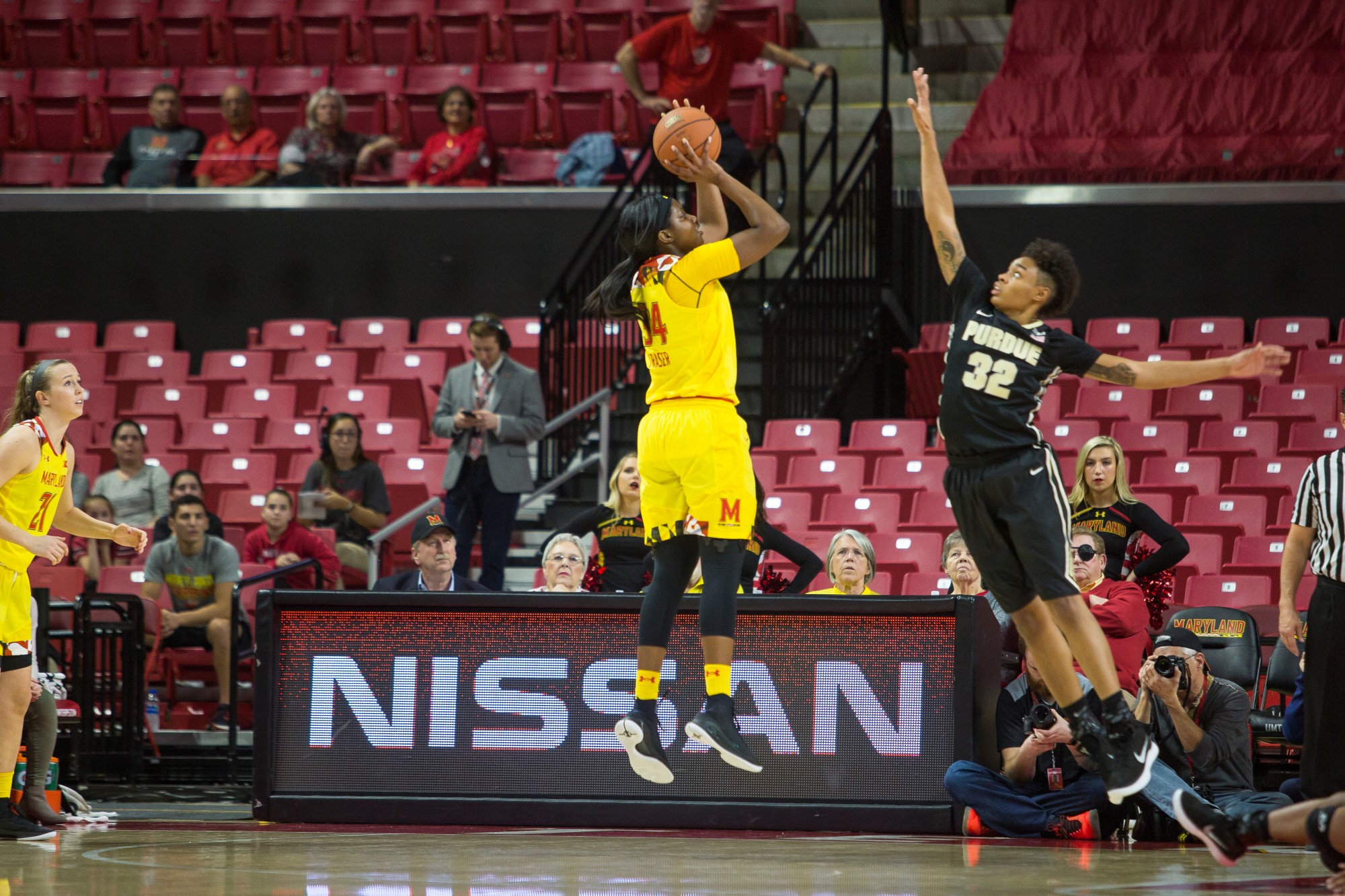 On Friday, the Maryland women’s basketball team will do something it hasn’t done in 11 years: play the opening round of the NCAA tournament on someone else’s court.

That year, the Terps opened in Hartford, Connecticut. This time around, they’ll be on the court of old ACC foe North Carolina State.

In somewhat unfamiliar territory, the No. 5-seed Terps will play No. 12-seed Princeton on Friday to kick off an attempted run through the NCAA tournament. However, they’ll take their usual road mentality with them, despite the change in magnitude of the game.

“Any time you go play on the road, coach’s big thing is to be 10 points better,” guard Kristen Confroy said. “Whether it’s playing against home-court officials or the crowd, whatever it may be, you’ve got to be better on the road.”

After learning Maryland’s destination on Monday, coach Brenda Frese joked she was excited to return there, particularly to eat the food she “really missed” in that area.

But having only learned its opposition on Monday, Frese said Maryland had to mix in traveling to North Carolina with scouting Princeton, while also keeping in mind the potential subsequent opponents in North Carolina State and Elon.

Five of Maryland’s final seven regular season games were on the road. Frese believes Maryland’s end-of-season stretch, which finished without a Big Ten regular or postseason title due to an end-of-season skid, prepared the Terps for the quick turnaround.

The Terps (25-7) went 10-3 on the road in the regular season. They were 3-1 in neutral site games, three of which came in the Big Ten tournament in Indianapolis.

But as Maryland ended the regular season with three losses in its final four games, two of those defeats came away from Xfinity Center.

Guard Eleanna Christinaki said the Terps have held intense practices since returning from the Big Ten tournament almost two weeks ago. Despite so much time off, she feels they haven’t lost any rhythm.

The Terps were excited when they finally got to scrimmage in practice, Christinaki said, because it simulated an actual game.

But beneath the enthusiasm, Confroy added that a more serious tone has developed. She doesn’t want to finish her career with an early NCAA tournament exit.

“It’s more focused, especially for Ieshia [Small] and I,” Confroy said. “One more loss and our careers are over. … As seniors, that’s our job to really instill that into the team.”