Reserved yet cunning, Diamondback alum Gerald Fischman had a flair for the mundane stories 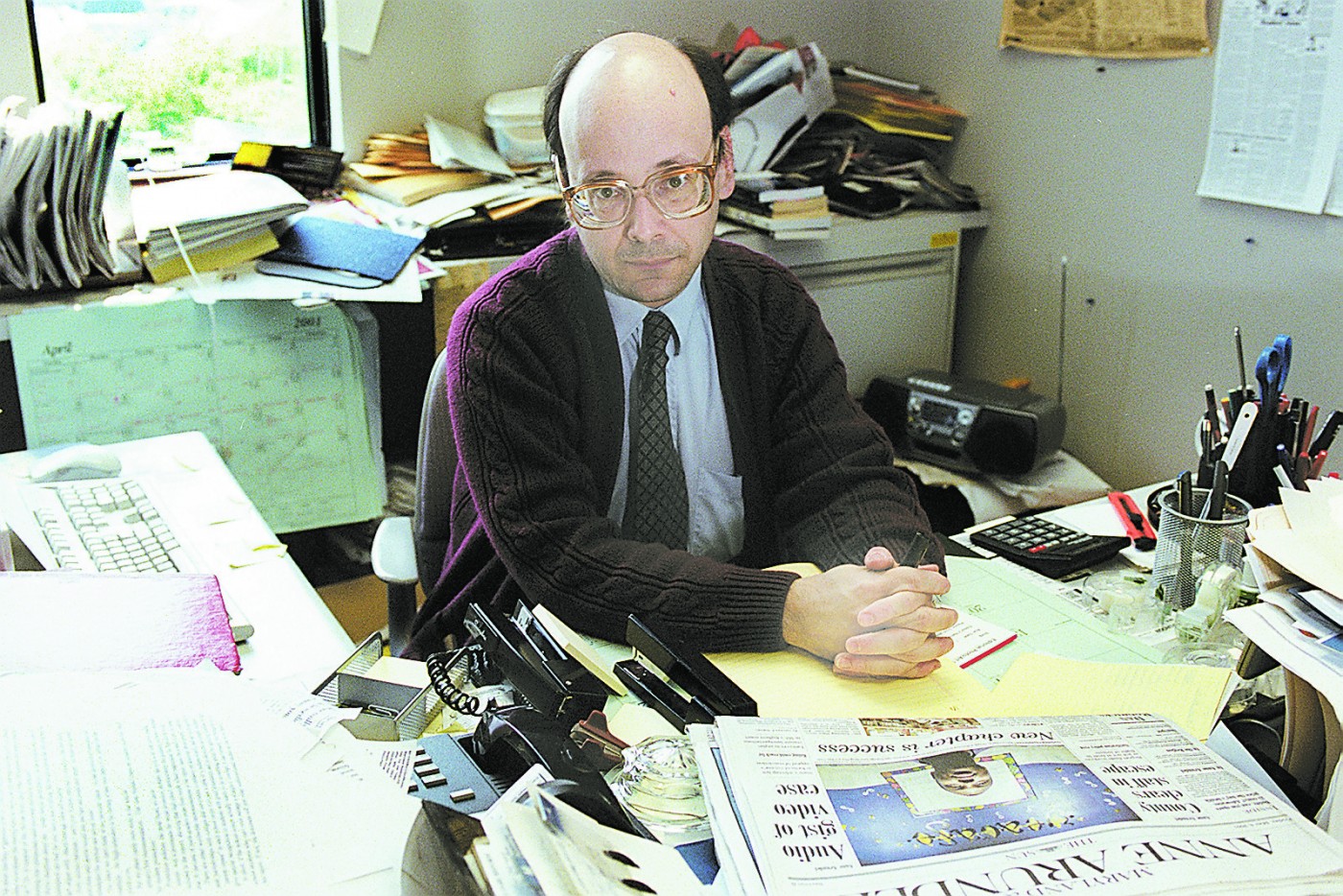 The first time Gerald Fischman was in The Diamondback’s newsroom, he stood at the back, staring silently at the floor.

Adam Pertman, The Diamondback’s editor in chief at the time, walked over and asked if he could help.

“He finally stopped looking at the floor, looked at me — not full eye contact — and told me, ‘I wanna be a reporter,'” Pertman said.

It was that reserved yet earnest behavior that endeared Fischman to his colleagues.

At The Diamondback, Fischman worked his way from reporter to news editor to assistant managing editor, before graduating from the University of Maryland in 1979. He joined the Capital Gazette in 1992 and remained there for more than 25 years, working as an editorial writer and editorial page editor.

Fischman, 61, was among the five killed in Thursday’s shooting at the Capital Gazette newsroom in Annapolis.

“In his demeanor he seemed twice his age,” Alan Sea, the Diamondback’s editor in chief for a year of Fischman’s tenure, wrote in an email. “And though we never stopped ribbing him, we all came to respect and like him, and enjoyed his mordant wit.”

Fischman was always dressed to impress. On his first trip to The Diamondback’s newsroom, he toted a small briefcase he used like a backpack. It was out of place in a college newsroom, but it was Fischman’s style.

And no matter the weather or season, he was never seen without his apparent uniform: a cardigan and fully-buttoned shirt.

Michael Townsend, who hired him at the Carroll County Times, said the only time he saw Fischman without a tie was at social events, such as baseball games or theater productions, which he attended “every now and then.”

Sea described Fischman as a policy wonk, someone who relished stories other reporters found boring. He would cover the College Park City Council, the University System of Maryland Board of Regents and even the Maryland General Assembly, carving out time in his schedule to trek from College Park to Annapolis to attend legislative hearings.

“He was painfully shy, and very reluctant to go out and interview people, but we threw him in the deep end, and he adapted beautifully,” Sea wrote.

One story Fischman wrote, Sea recalled, was about the university’s budget. It required him to parse through the long document on a short deadline. The next day, Fischman found out the story had errors in it, and he felt terrible, Sea wrote.

“He never wanted to be wrong in print again,” Sea wrote, “and I’d wager he never was.”

Robyn Quinter, who was The Diamondback’s summer editor when Fischman was its editorial page editor, remembered his attention to detail and word choice as an editor.

“I used the phrase “blew my mind” [and] Gerald suggested a more traditional phrase. He said it was such a good piece that the “trendy” nature of my phrase would cheapen its impact,” Quinter wrote in an email. “Of course, Gerald was right.”

Townsend recalled a day where he accompanied Fischman on an interview. Fischman didn’t take any notes, because he said he had a photographic memory. Townsend was skeptical — until he read the story Fischman wrote.

“His mind was a steel trap,” Townsend said. “He didn’t miss a detail.”

Michael Blankenheim, another editor at The Diamondback during Fischman’s tenure, succeeded him as editorial page editor at the Carroll County Times. Blankenheim admired Fischman for his ability with words and logic — the latter of which he said Fischman could “cut you up with.”

“For someone who was so quiet, words came so naturally to him,” Blankenheim said. “Every year I’d see him at the awards ceremony — this quiet guy with all these badass awards. Year after year after year. That was him.”

David Alff, a reporter at The Diamondback and Carroll County Times who graduated with Fischman, said what stuck out most to him was Fischman’s dedication.

“He was the kind of person who’d be there at 1 a.m., writing for the next paper,” Alff said. “He was always researching, always making sure things were fair and accurate.”

Alff recalled one night working with Fischman at the Carroll County Times. The two were the last in the newsroom at about midnight, Alff said, when they heard from the police scanner that something was going on at a nearby jail.

They drove to the jail, where Alff said they saw more than a dozen inmates rioting. Alff and Fischman interviewed the prisoners through the fence, writing a front-page story at 1 a.m.

“We both joked it’s the fastest story we’ve ever written,” Alff said.

Binghui Huang, a former education reporter at the Capital Gazette, said Fischman’s personality stood out to her — whether it was in his annual Christmas article, which he wrote every year despite being Jewish, or a critical but respectful editorial.

“He had a very elegant voice, from another time,” Huang said. “He was always polite in his columns, in a way you don’t see anymore. Even when they were very pointed, they were polite.”

While Pertman lost touch with Fischman over the years, he was proud to see the success of the “timid-looking dude” he’d met decades ago.

“He had the inner fortitude to overcome whatever challenges he had,” Pertman said. “Whatever he was doing, it was a testament to human resilience.”