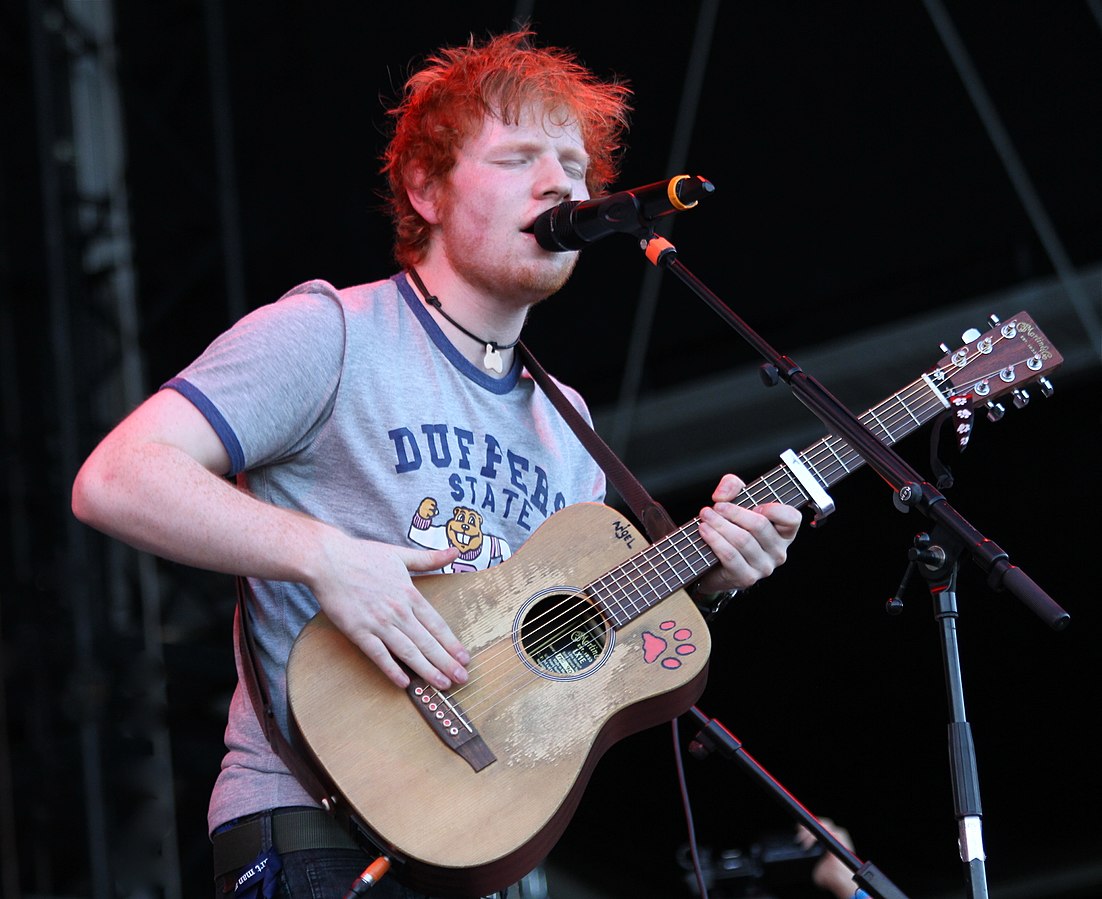 In a recent example, Structured Asset Sales — a part-owner of the copyright to Marvin Gaye’s “Let’s Get It On” — sued Ed Sheeran for $100 million. The lawsuit alleges Sheeran’s “Thinking Out Loud” copies essential aspects of Gaye’s song.

However, a casual listener can easily tell that they are not, in fact, the same song. I find it hard to believe there’s any useful criteria that could find such a different song to be plagiarism.

Structured Asset Sales alleges that “the melody, rhythms, harmonies, drums, bass line, backing chorus, tempo, syncopation and looping” of “Thinking Out Loud” are copies of those in “Let’s Get It On.”

Let’s walk through that claim. It’s true that the drum and bass tracks in both songs are very similar. But given their simplistic nature, similarities are almost inevitable. A few repeating measures of drums or bassline does not define a song.

The lawsuit uses a dishonest application of music theory to claim that the songs’ shared chord progression is a sign of plagiarism. It’s true that, as the lawsuit claims, the chord progressions are functionally the same despite being in different keys.

However, very few chord progressions in pop music are entirely unique. The “four chords” progression is so common that comedy band The Axis of Awesome famously wrote a medley of pop songs based around it. Clearly, a shared chord progression should not be enough to damn Ed Sheeran.

The rest of the accusation is nothing more than musical word salad. The lyrics carry unique phrasings and cadences, filling out into dissimilar melodies. Looping and sampling are common musical techniques used in a huge number of pop songs. The same goes for backing vocals. The two songs share their tempo with an uncountable number of pop ballads.

Finally, to say that a musician has copied his rhythms, harmonies and syncopation from another song is like accusing a writer of copying letters. These are the fundamental building blocks of music. Their precise arrangement, not merely their presence, gives a song its character.

Structured Asset Sales has built its case around pointing out similarities. It’s an obviously stupid way to legally compare music. You could point out any number of similarities between any two songs in the same genre.

Arbitrarily breaking down a song down into its component parts fails to acknowledge its sonic character — the subtle hum of overtones, the texture of instruments, the complex interplay of rhythms. Those subtleties give songs their “feel.” They’re the reason “Let’s Get It On” is a soul classic and “Thinking Out Loud” a soupy, modern pop ballad.

For example, “Let’s Get It On” is peppered with counter-melodies and rhythmic interjections in the guitar, piano and horns. The extra complexity gives the song a powerful, grooving rhythmic energy. “Thinking Out Loud,” on the other hand, derives its rhythmic drive almost entirely from the drums, bass and vocals. Despite sharing a tempo and drum loop, it lacks the rhythmic complexity that makes Gaye’s song feel funky.

Of course, enumerating the songs’ differences is just as silly as listing their similarities. Music’s magic is often intangible. There’s only one way to understand a song: by using your ears.