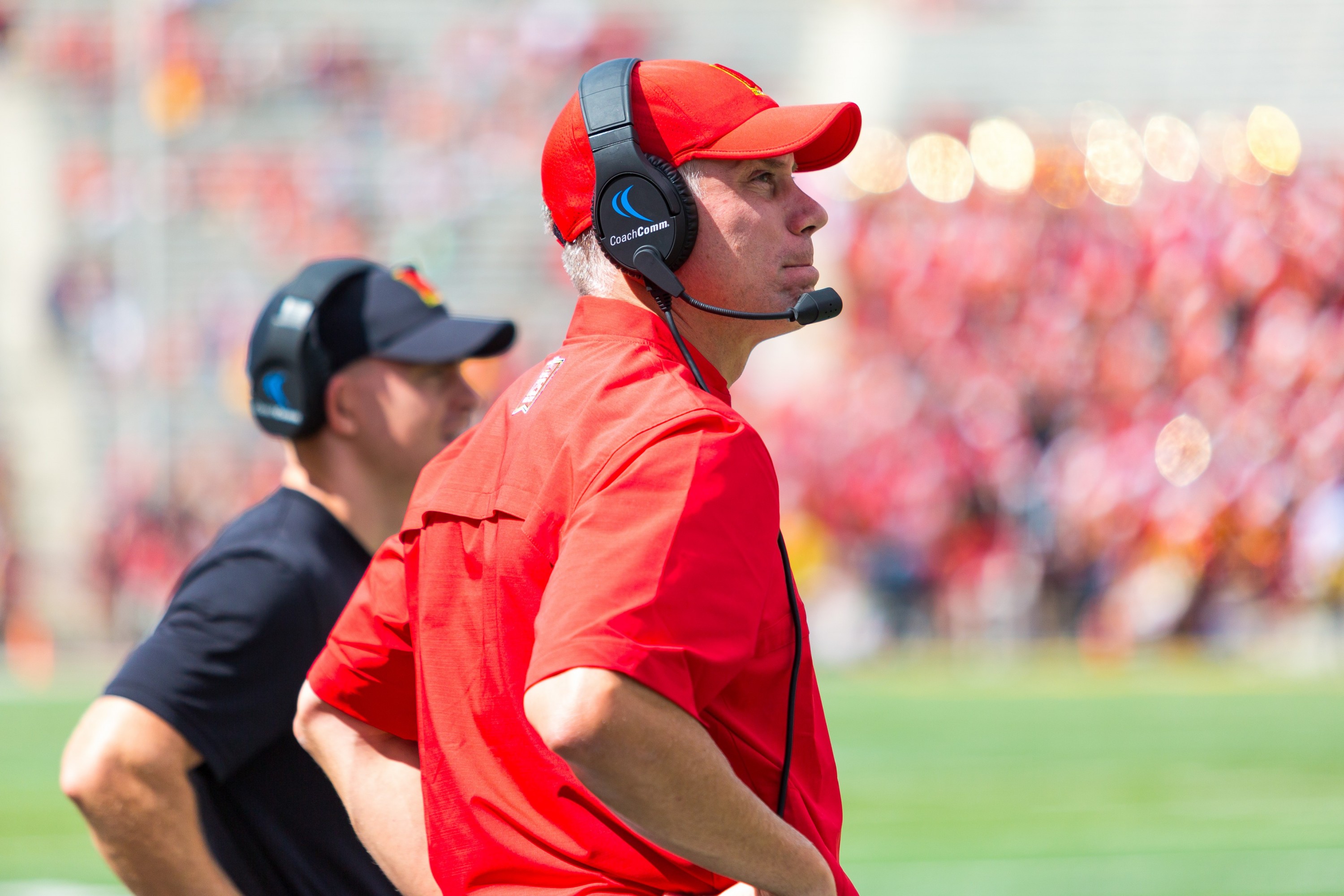 Offensive coordinator Matt Canada, whom the team hired in January, will take over as interim head coach.

“I am extremely concerned by the allegations of unacceptable behaviors by members of our football staff detailed in recent media reports,” Evans wrote in the announcement.

Evans said the decision was necessary to “properly review the culture of the program.”

An ESPN report published Friday showed Durkin and Court were at the forefront of a team culture hostile to players. Among the allegations were that coaches forced a player to eat until he vomited.

Players and staff members told ESPN that the pressure Durkin and his coaches put on players had a hand in the death of offensive lineman Jordan McNair, who suffered heatstroke at a May 29 workout and never recovered. Multiple witnesses told ESPN that McNair was unable to complete the workout under his own power.

“Jordan knew that if he stopped, they would challenge his manhood, he would be targeted,” a current player told ESPN. “He had to go until he couldn’t.”

Following McNair’s death June 13, the university hired sports medicine consulting firm Walters Inc. to investigate player safety protocols. The ESPN report also cast doubt on the legitimacy of that investigation, reporting that interviews with players didn’t begin until this month and were held in near-proximity to coaches’ offices. A final report is expected September 15.

University President Wallace Loh said in a statement Saturday that he was “profoundly disturbed” by Friday’s report.

“Such behaviors contravene the educational mission and core values of our University. They are unacceptable. They will not be tolerated,” Loh wrote.

Loh said in his statement that the university would “retain an external expert to undertake a comprehensive examination of our coaching practices in the football program.”

Maryland Gov. Larry Hogan said in a statement Saturday that he supports the university’s decision to place Durkin on leave, and that “strong and permanent corrective actions should be taken immediately” if the school’s investigation confirms Friday’s allegations.

“We must have complete confidence that our student athletes are treated with dignity and respect and that they are supervised and coached responsibly,” Hogan’s statement read.

Ben Jealous, Hogan’s Democratic opponent in the coming gubernatorial election, went further. On Saturday afternoon prior to Durkin being placed on leave, he tweeted that the school should suspend both Durkin and Evans until the investigation is complete.

“The university has taken the right step of hiring an outside, independent investigator to find out exactly what is going on in the football program. But we cannot afford to leave the current leadership in place while that investigation is ongoing,” Jealous tweeted.

This is a developing story. It will be updated as more information becomes available.