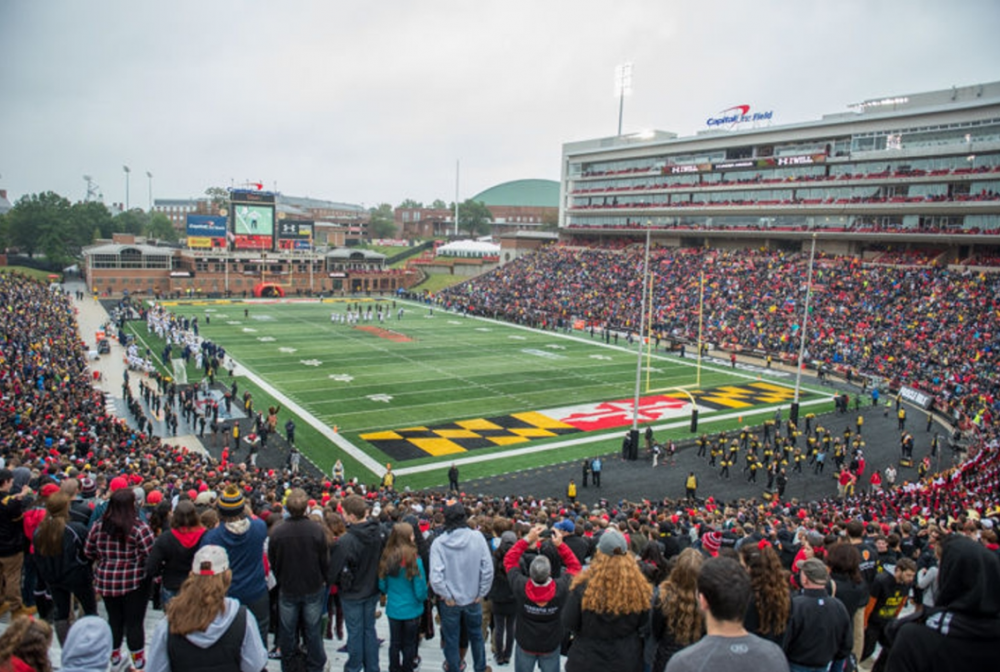 When junior Sarah Ferrier chose to attend the University of Maryland, she was excited for the camaraderie and pride that comes with attending a Big Ten institution, a cornerstone of the university’s identity.

But when she recently caught a glimpse of the school’s football team walking in uniform into Gossett Football Team House, that upbeat atmosphere wasn’t what came to mind. The New Jersey native was thinking of 19-year-old Jordan McNair, who died after suffering heatstroke at a team workout.

“It just made me view that very differently,” the criminology and criminal justice and psychology major said. “That’s probably gonna be something that’s stuck in my head and that I associate with the UMD football team.”

She said McNair’s death has had an impact on how she views this university and its leadership.

“[Sports] should be something fun that brings people together — it shouldn’t be something that people are losing their lives over,” Ferrier said.

After a summer defined by controversy for Maryland athletics, students arriving and returning to campus expressed their shock and desire for changes to the football program, which several players have said had a toxic culture.

The typical preseason athletics events carried on. Freshmen gathered in Maryland Stadium on Saturday to learn school cheers and songs, as well as practice the traditional unfurling of the state flag over the student section at sporting events. But the festivities took place before a troubling backdrop.

Earlier this month, university officials accepted “legal and moral” responsibility for McNair’s death, which occurred two weeks after he collapsed at a May 29 team workout. They admitted training staff did not properly diagnose him, provide adequate treatment or follow emergency protocols for his condition, which has a 100 percent survival rate when treated promptly with cold water immersion.

Athletic director Damon Evans spoke about McNair during the “Welcome to the B1G Show! Athletic Kickoff” event for the freshmen.

“We will continue to honor Jordan through his teammates, the way we act … and the way we play on the field,” Evans said. “We need you now more than ever. They need you, our football team needs you and our university needs you.”

Junior computer science major Andrew Witten called McNair’s death “an embarrassment” for the university, adding that he will not be going to any football games as a result.

But freshman physics major Matthew Diaz said he would likely still attend football games in light of the tragedy.

“After going through something like that, the team’s obviously going to be really sad,” he said. “You want to show them you still support them.”

“Our response as a student body should be that we come together as a whole and come out and support the football players because they’re going through a tragic loss,” she said.

This university didn’t admit culpability in McNair’s death until two months later, when ESPN reported on an unhealthy culture within the football program.

Players told ESPN that coach DJ Durkin and other staffers harassed and abused them, including forcing a player to eat candy bars until he vomited and making an injured player compete in tug-of-war. Several witnesses said a trainer screamed “Drag his ass across the field!” while McNair was helped by teammates at the workout where he suffered heatstroke.

“It just makes it seems like they just tried to hush it up,” Murugesan said.

Murugesan added that the events would impact his future attendance and participation at football games and other athletic events.

“I was probably a casual fan before, but now — you don’t really feel like that’s something you want to support,” he said.

Sami Siddiqui, a junior computer engineering major, said it would make her think twice about going to football games.

“Do I want to support the culture of the football team if it doesn’t support the players’ health?” she said.

Following the ESPN reports, this university announced the creation of a four-person task force to investigate the allegations against the football program. One week later, the University System of Maryland’s Board of Regents, which sets policy for the 12 member institutions, took over the investigation.

The Diamondback reported Thursday that Kevin Anderson, before his resignation as athletic director, intervened in a university sexual misconduct investigation of two football players by hiring them legal representation. Afterward, the lawyer representing the players said it was Durkin who originally hired him, although the university’s original statement did not mention his involvement.

“It’s definitely pretty damning of our programs that we’re really going to let this happen,” he said. “We pushed [the abuse] under the rug for so long, apparently.”