He’s played on UMD’s golf course for decades. Now he’s fighting to save it — again. 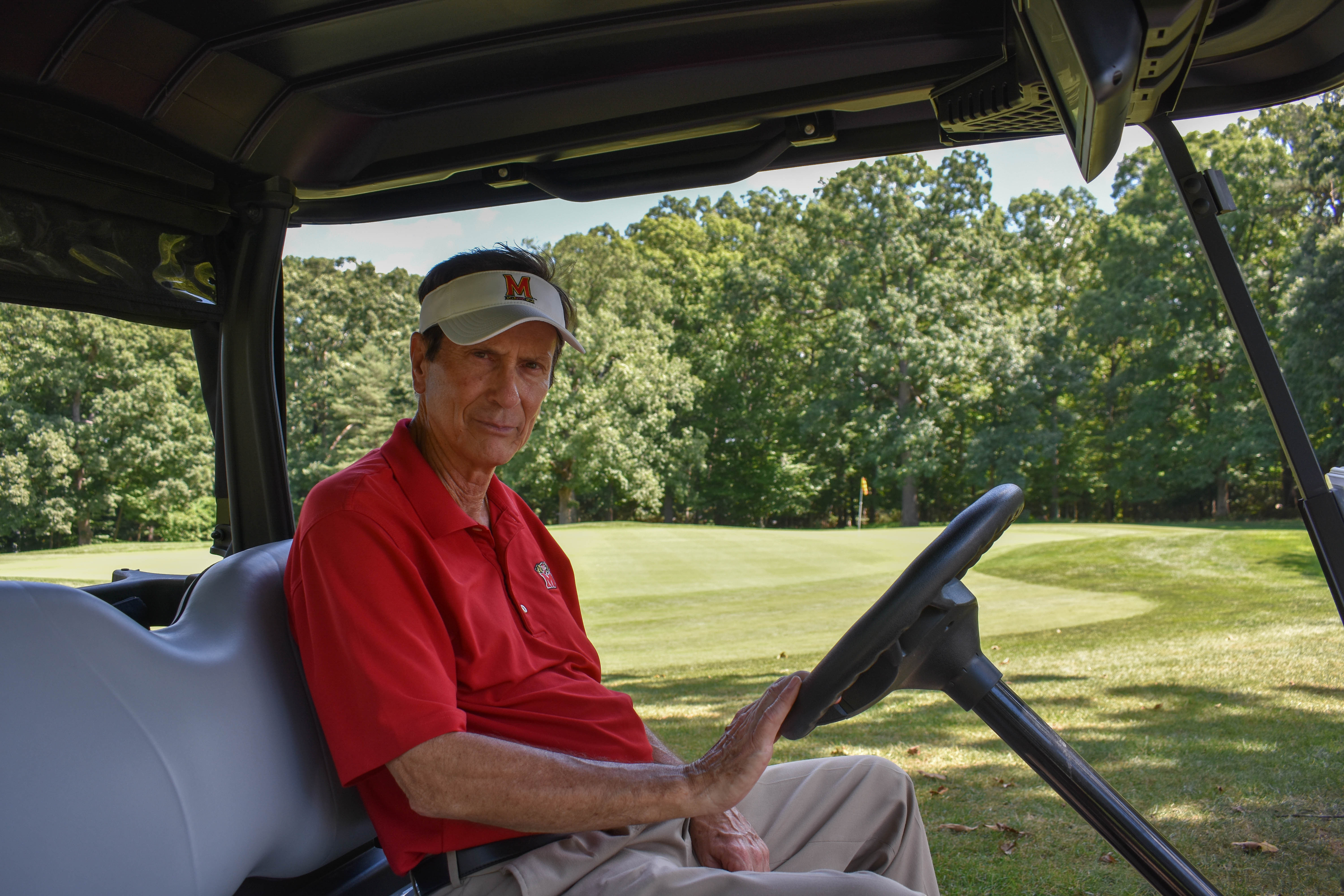 When the University of Maryland announced in July that it was considering converting part of its 150-acre golf course into new athletic facilities and a parking lot, Norman Starkey steeled himself for an all-too-familiar fight.

Starkey, the chair of the Maryland Golf Course Coalition, said the success of the community activism he oversaw five years ago — after a commercial development firm proposed building an academic village on the property — encouraged him to launch his efforts anew.

“We didn’t shut down five years ago,” Starkey said. “We kept active because we knew that valuable green space would be under siege.”

This university is now considering a “very preliminary” proposal that would convert the course’s first, ninth, 10th and 18th holes into five intramural fields, a new track and field complex and a 600-space parking lot, said administration and finance vice president Carlo Colella.

While officials tout the plan — which would require approval from the university’s facilities council and university President Wallace Loh — as a solution to the campus’ growing pains, it has received pushback from athletes, environmentalists, alumni and community members.

The university’s men’s and women’s golf teams play between 500 and 600 rounds of golf on the course each year and utilize the facility for practice on a daily basis, athletics department spokesperson Rose DiPaula wrote in an email. High school tournaments, clinics and lessons also take place there, Starkey added.

But Colella said the golf course plan was borne partly out of desire to help other university athletes.

College Park Mayor Patrick Wojahn said he’d prefer to see the golf course remain undeveloped — not for its sporting value, but for the sanctuary it provides to the surrounding urban environment.

“To me, the main priority is just keeping that area and its natural beauty,” he said. “It’s not so important to me that it be a golf course.”

His worries echo those of Prince George’s County environmental advocates who wrote a letter to Loh expressing concern about the effects the construction could have on wildlife and stormwater runoff to the nearby Anacostia River.

“The University’s role in the river’s restoration begins with a visible commitment to maintain … your remaining open spaces,” read the letter, which was signed by officials from five environmental organizations. “If we lose these places — including significant areas of this golf course — we cannot get them back.”

The golf course is more environmentally friendly than most, the letter to Loh added, thanks to its bioretention systems, rain gardens and large tracts of milkweed, which provide a sanctuary for monarch butterflies.

State law requires new developments to have a net positive environmental impact, Colella said — a standard often met by the installation of green roofs, bioretention systems or stormwater management technology — and any golf course construction would be subject to strict environmental regulations.

The golf course was chosen out of about a dozen potential locations — including the Chapel Fields, Fraternity Row and the south lawn of the Clarice Smith Performing Arts Center — to simultaneously address the need for new track and field facilities and more intramural fields, Colella said.

The plan is also part of a growing story surrounding campus construction, particularly that of the Purple Line, which is eating up campus parking areas and has already prompted the university’s transportation department to plan construction of a new garage.

While Colella said he sympathizes with golf enthusiasts who are reluctant to see the size of the course reduced, he added that 14 of the holes would remain intact and the function of the course could continue.

But Starkey said golfers familiar with the game, which typically features either nine or 18 holes, would be turned off by the truncated course.

[Read more: The University of Maryland Golf Course will soon have a monarch butterfly garden]

If the course is reduced to 14 holes, Starkey said he fears it would “inevitably” be converted to a nine-hole course — and the membership, community and donations that sustain it would dry up. He’d be open to the placement of fields on the 150 acres of wooded land that surround the course if all 18 holes could be maintained, he added.

Over the summer, the university hosted a meeting for golf course members to go over the proposal and its potential implications. For Starkey, that re-ignited both the Save the UMD Golf Course campaign — which targeted local politicians, environmental activists and community members — and his passion for the course, which Starkey said he can trace back more than 50 years.

Born and raised in rural Indiana, Starkey moved to an apartment in Adelphi with his mother in 1960 after his father died. A self-described “farm boy,” he felt out of place in urban Prince George’s County until a university faculty member who lived in his building offered to take him golfing at the course.

“I played there, and that was my rural setting that I missed from my younger years,” said Starkey, a three-time graduate of this university and former NASA engineer. “This is personal for me.”

Forums for the campus community to learn about the project and share their thoughts will be scheduled in the coming weeks, Colella said.

Starkey said he plans to continue his fight against what he sees as a “going-out-of-business” proposition.

“We’re gonna bring pressure,” he said. “Word is out there.”