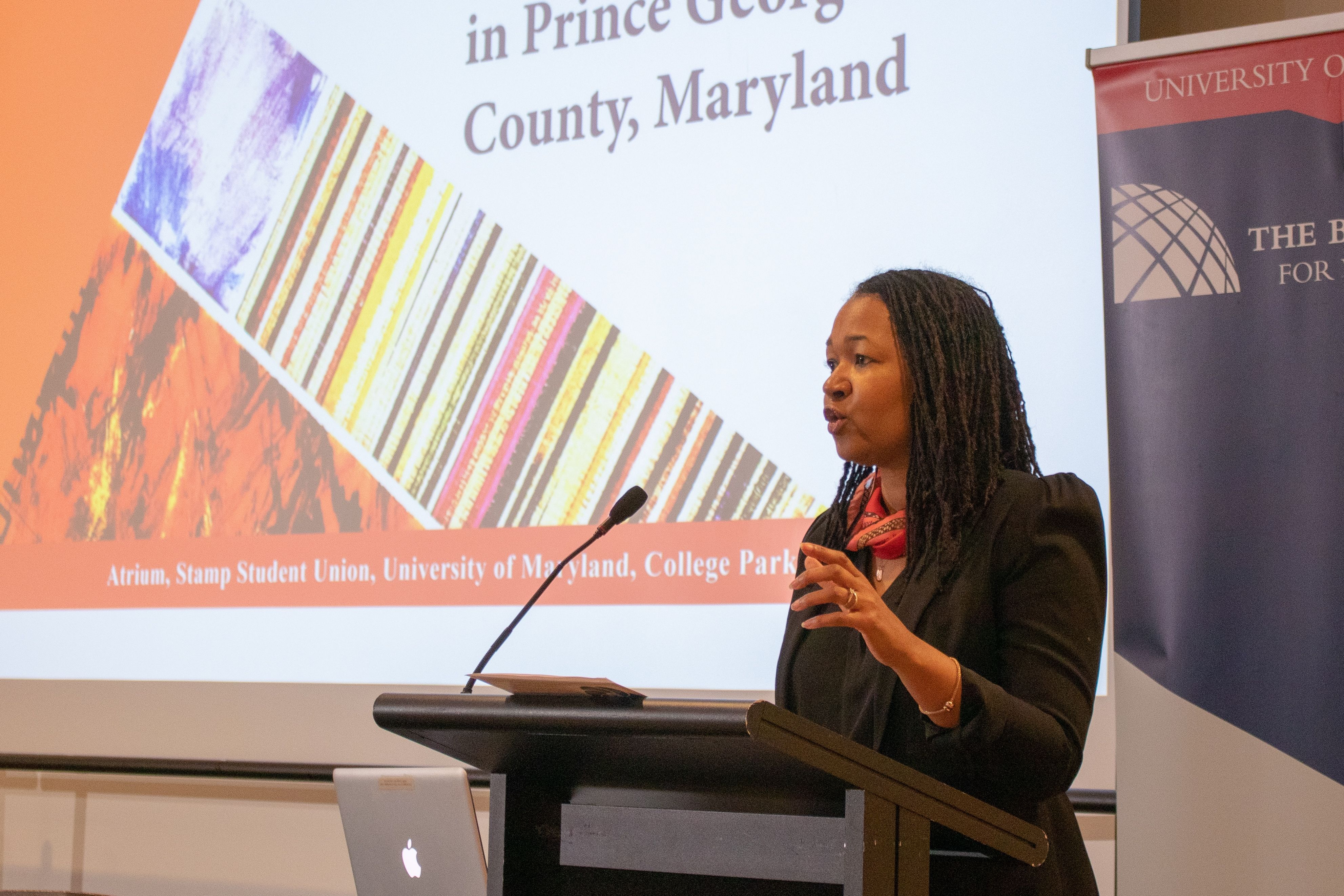 Since arriving at the University of Maryland in the fall, Elli Nikolopoulos has noticed a disparity between the quality of life on the campus and in the surrounding Prince George’s County.

“You have a concentration of a lot of educated — or becoming educated — individuals who are probably more well off … in the middle of a county where there aren’t as many affluent people,” said Nikolopoulos, a freshman government and politics major. “So there is that really sharp distinction between campus life and outside of campus in the county.”

Nikolopoulos’ concerns have been supported by a report released by Prince George’s County Social Innovation Fund in December. The study found social discrimination and economic inequity among lower-income, particularly “black and brown” neighborhoods inside the Beltway, due to the systematic neglect of those communities.

“We do not live [in an area] anywhere close to a racially equitable society historically and today, and we need to figure out ways to make it far more equitable across racial lines,” said Steve Brigham, the author of the report.

[Read more: UMD’s black freshman enrollment is at its lowest level in decades]

Brigham, a founder of the Washington, D.C.-based consulting firm Public Engagement Associates, was one of the lead speakers at a panel discussion, “Pursuing Racial Equity in Prince George’s County, MD,” in Stamp Student Union on Tuesday.

The event was the latest in a speaker series on structural racism hosted by the Bahá’í Chair for World Peace, an academic program in the behavioral and social sciences college.

“The hope [for this report],” Brigham said, “is that decision-makers … really embrace this framework [and] see that it is a critical way to forging a way forward that is more equitable, but that also embraces the growth we need in order to share the prosperity.”

Brigham proposed a new spending plan that focuses on collaboration, increased innovation and affordable housing for residents, among other improvements.

The conversation turned to how students can help tackle racial issues on campus.

“As a student of color, if I was a high school student, I wouldn’t want to come here because [the leadership shows] that you don’t value me,” said Sacoby Wilson, a public health professor at this university.

The university has been rocked by several high-profile racial incidents in the past few years, among them the death of black Bowie State student Richard Collins III, who was fatally stabbed on the campus in 2017. Sean Urbanski, a white former student at this university, awaits trial for murder charges in Collins’ slaying.

Data released by this university in the fall found that the number of black freshmen has dropped sharply.

[Read more: “Maryland has wrecked my life”: The story behind a $3 million racial discrimination lawsuit at UMD]

“People need to step up … And make sure folks who are about community, about people of color — make sure we advance that agenda, that their voices are heard,” Wilson said. “I don’t think that enough of that has been done in a serious and consistent manner.”

“Our administration hasn’t really recognized the issues surrounding race that we have on campus, and kind of tries to sweep them under the rug,” Durham said. “So, I think that one thing that students can do is try and hold the administration more accountable, but I think that we also need faculty and community stakeholders to do that as well.”

Speakers at the panel said simply “getting off campus” will help students enjoy all that Prince George’s County has to offer. They also discussed ways for students to get involved, like joining clubs such as 17 for Justice and Peace, a student organization focused on combating health and environmental inequalities.

Hoda Mahmoudi, the director of the Bahá’í Chair for World Peace, believes that taking action will benefit not only the university but also the surrounding communities.

“I think this is probably just the beginning of many more conversations like this,” Mahmoudi said, “because I think there is much work to be done.”