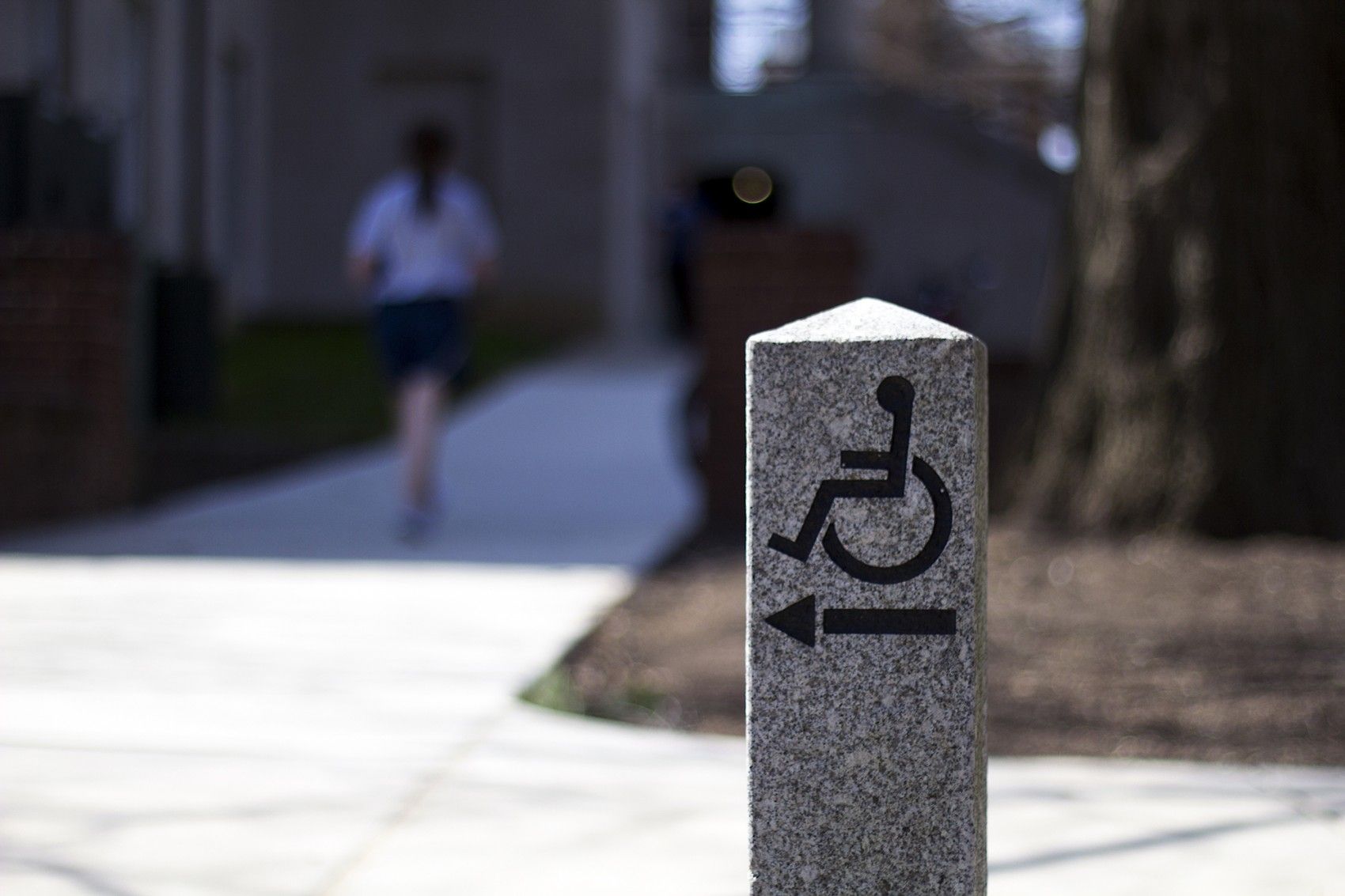 For students with disabilities, an elevator can be the difference between making it to class and missing it. For the first two weeks of this semester, junior mechanical engineering major Adith Thummalapalli was essentially unable to attend two of his courses because the elevator in J.M. Patterson was set for “maintenance modernization,” and he had no other way to access the third floor of the building.

The University of Maryland’s campus can already be difficult to navigate as a student with a physical disability, given its size and hilly terrain. On top of that, students spent almost a year without wheelchair entrance markers when Facilities Management removed them, making it extremely difficult to find wheelchair accessible entrances without prior knowledge.

This issue points to a larger problem: a lack of communication and consideration for people with disabilities on campus. Why didn’t anyone consider the impact an elevator outage would have on Thummalapalli and other students who use wheelchairs? It seems like a pretty logical conclusion to make, but because no one made it, students with disabilities were treated as an afterthought.

I appreciate Facilities Management’s attempts to accommodate Thummalapalli by telling him that if he needed the elevator, an employee would come and open it for him. However, even that back-up plan meant he could still be 10 to 15 minutes later to his class than his able-bodied classmates. A simpler solution to this issue is better communication between the parties and departments involved.

When Facilities Management is aware of an outage or project that will prevent students from using an elevator, they alert a variety of campus entities. It was only Thummalapalli’s situation that pushed them to additionally alert the Accessibility and Disability Service — which is odd, because in theory, people with physical disabilities are the ones who need the elevator most. It shouldn’t take a student complaint to come up with a back-up plan; this university should be proactive in accommodating students with disabilities.

It’s also unclear whether a professor would even know of an elevator outage that could be preventing a student from coming to class. Clearly, Facilities Management should make them aware of any outages, and I’d even go so far as to say that for the duration of an elevator outage, the class should be moved to a wheelchair-accessible floor or building. It’s not the fault of students with disabilities that the elevator is unusable, so why should they suffer for it?

We all have to actively think about the needs of students with disabilities to avoid situations that unfairly disadvantage them. In an ideal world — even though it’s not feasible — every building would have two elevators, ensuring that the upper floors remain accessible even if one of them breaks down.

Here’s where the dichotomy of visibility comes in. People with disabilities are extremely visible: They are noticed by their professors and classmates and maybe even registered with Paratransit and other services on campus. At the same time, that visibility isn’t always helpful — they are often forgotten when we plan projects that shut down elevators or remove wheelchair entrance markers.

People with disabilities shouldn’t be an afterthought for university departments, professors or even other students. If you have a classmate in a wheelchair and you see that the elevator is closed, do you think about them?

Liyanga de Silva is a junior English and women’s studies major. She can be reached at liyanga.a.ds@gmail.com.