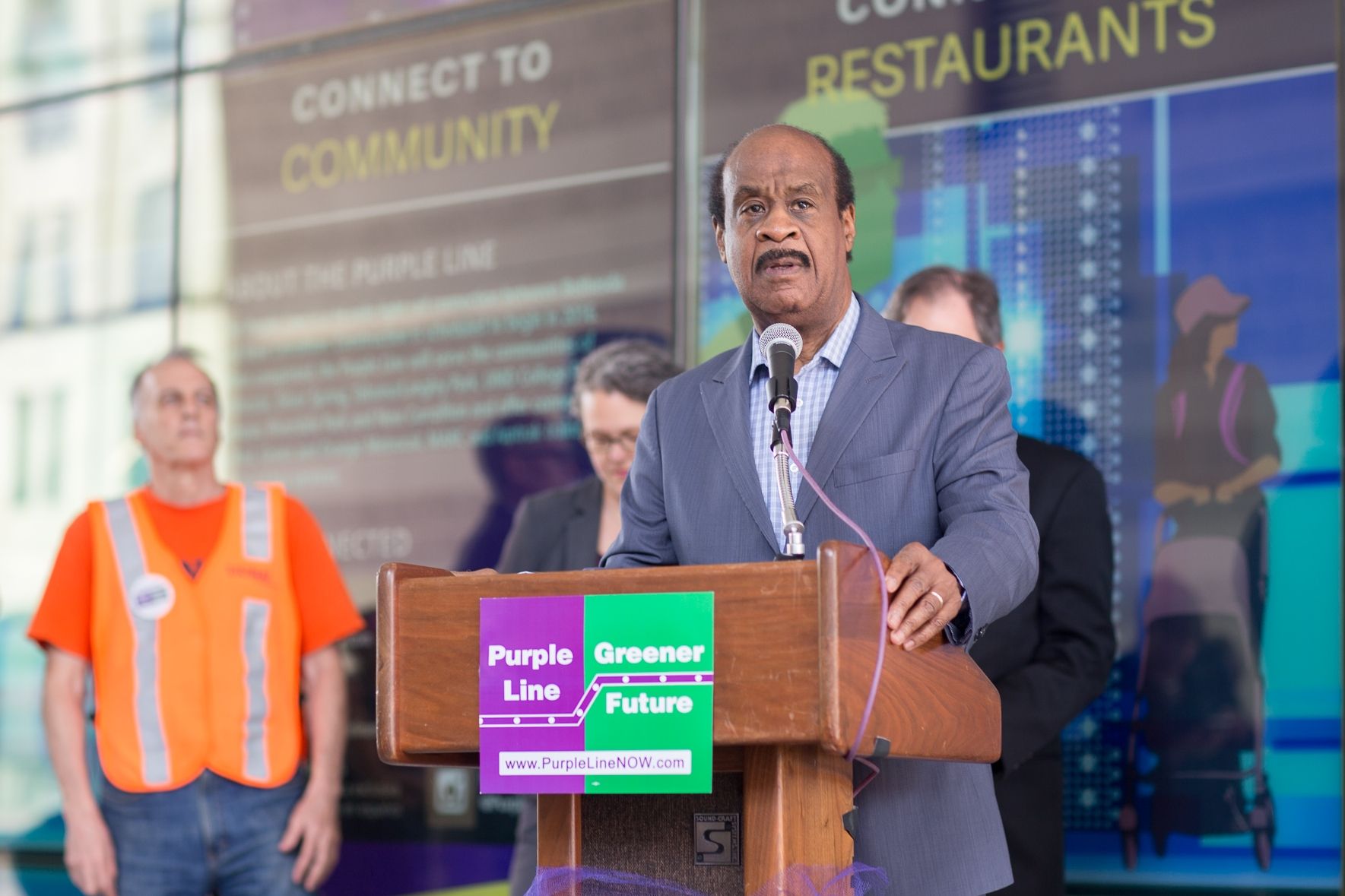 Former Montgomery County Executive Isiah “Ike” Leggett has been nominated to the University System of Maryland’s Board of Regents. (Image via Wikimedia Commons)

Leggett, 74, served on the Montgomery County Council from 1986 to 2002. He was elected as the county’s executive in 2006, and served three consecutive terms before declining to run for re-election in 2018. He was also the chairman of the Maryland Democratic Party from 2002 to 2004.

Leggett has said he and Hogan are “good friends,” and spoke at his inauguration in January. For most of last year’s gubernatorial election, Leggett declined to endorse either candidate; he eventually backed Democratic nominee Ben Jealous less than a month before polls opened, but refused to campaign against Hogan.

The governor’s nominations come after the board — which sets policy for the system’s 12 member institutions — faced widespread criticism for its handling of the death of Maryland football offensive lineman Jordan McNair.

The board oversaw two investigations in the months that followed McNair’s death. The first investigation focused on the circumstances of the workout where he suffered heatstroke and the second on the program’s broader culture and allegations of abuse.

Although the first investigation concluded that trainers failed to recognize McNair’s symptoms of heatstroke and treated him improperly, the regents recommended the university retain the trainers responsible.

At the conclusion of the second investigation, then-regents chair James Brady — who was Hogan’s campaign chairman — recommended that head football coach DJ Durkin and athletic director Damon Evans keep their jobs, only for university President Wallace Loh to fire Durkin a day later.

And in January, three months after Loh announced his plans to retire, the board decided to keep him on for another year while a search committee finds his successor.

Leggett told the Montgomery Community Media that the board’s “challenges” over the past few months did not affect his desire to serve.

“Higher education is my first calling, both as a professor and as an administrator,” Leggett said.

Current board chairwoman Linda Gooden and members D’Ana Johnson and Robert Rauch were also nominated for another term on the board. Drew Needham was nominated by Hogan as part of his 124 “green bag” appointments.

While the board typically has 17 members, it has been operating with 16 since Brady resigned in November.

The green leather bag contains a list of the governor’s appointments which will be sent to the Maryland State Senate for confirmation.

“Marylanders deserve the most capable and dedicated representatives for these critically important positions, and we are extremely proud of the qualified individuals being submitted today,” Hogan said in a press release about Friday’s nominations. “These appointments reflect the diversity of our state, and I am confident that these appointees will help us continue to change Maryland for the better.”

The Maryland General Assembly is set to hold hearings this week for recently proposed legislation that would expand the Board of Regents and require more transparency from its members.

The legislation calls for an expansion of the board from 17 to 21 members. Of the four additional members, one would be the secretary of commerce, two would be appointed by the leadership of the state House and Senate and one would be a non-voting student.

The bill would also require that all open meetings include public comment and be streamed and archived.

The system has also commissioned an external review into the board, its first in more than two decades. The review is aimed to “better understand how the board’s culture, policies, processes and practices currently work to enable it to serve Maryland, its public university system, the system’s 12 institutions, and its students, faculty and staff.”

That review is expected to be completed by end of March and a committee will evaluate the review’s findings and make recommendations to the regents.