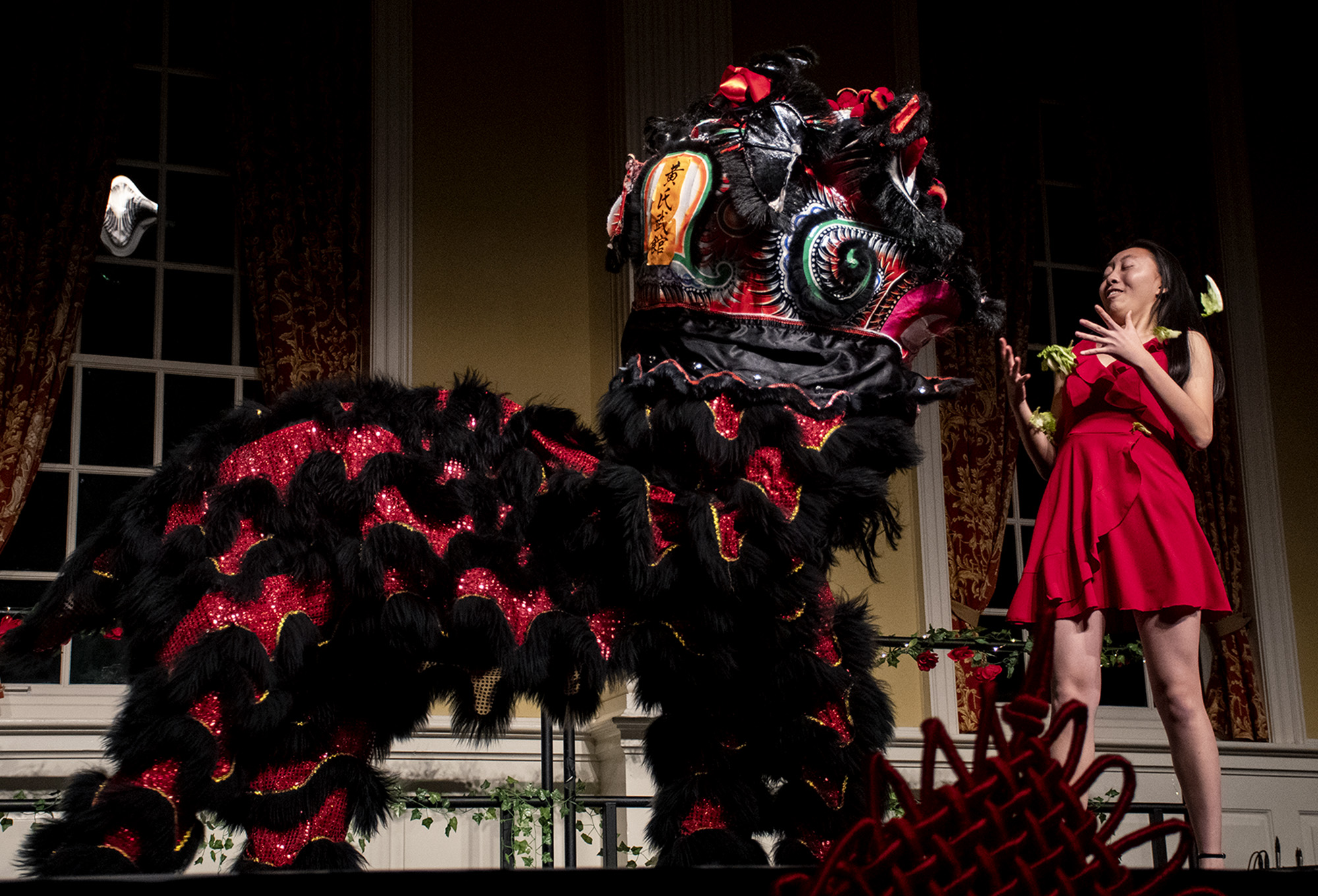 By Michael Tiburzi
For The Diamondback

The banquet opened with the traditional Chinese Lion Dance performance. The lion weaved its way through the seated crowd towards the stage and danced to the beat of the loud drums. Alice Wei and Helen Zhang, CSA co-presidents, attempted to feed the lion lettuce stalks. If the lion spits the lettuce back out, it is believed to bring good luck in the new year.

“I really appreciate it, because, often times in school, I don’t have the chance to celebrate my own culture,” Liu said. “It’s nice to have a going back to the roots sort of event.”

The CSA’s celebration was the only Chinese New Year event held on campus this year. Other organizations — the Chinese Student and Scholars Association and the China 2+2 program — canceled their events, citing coronavirus concerns. There continue to be no confirmed cases of the virus in Maryland.

Zhang said the organization had concerns, but they believed it was safe to host the event.

“We were concerned about the virus, but we do know the incubation period is 14 days for the virus, and it is the third week of school now,” Zhang said. “We were keeping track of the virus, but no cases have broken out in this area. We want everyone to be healthy.” 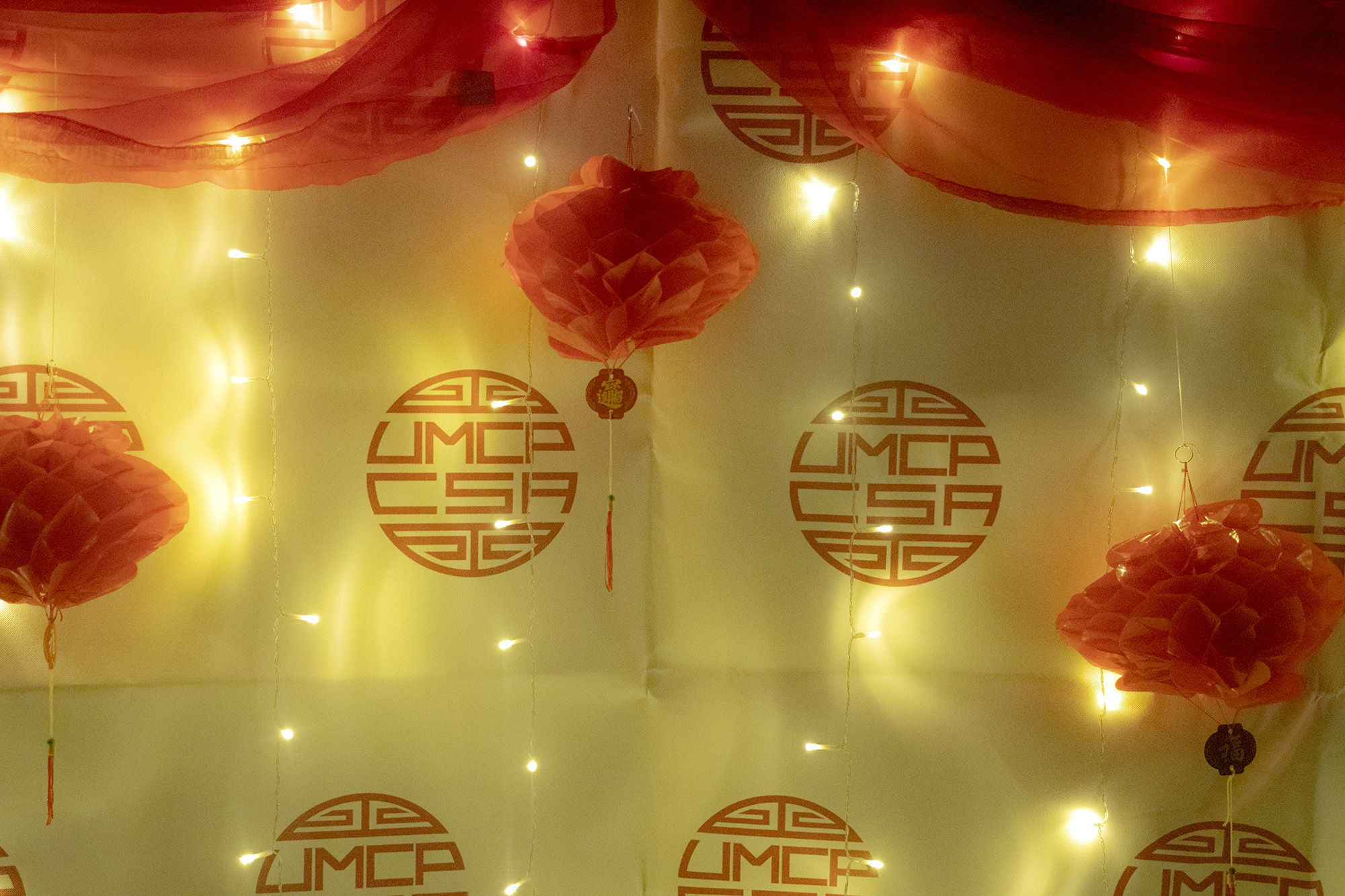 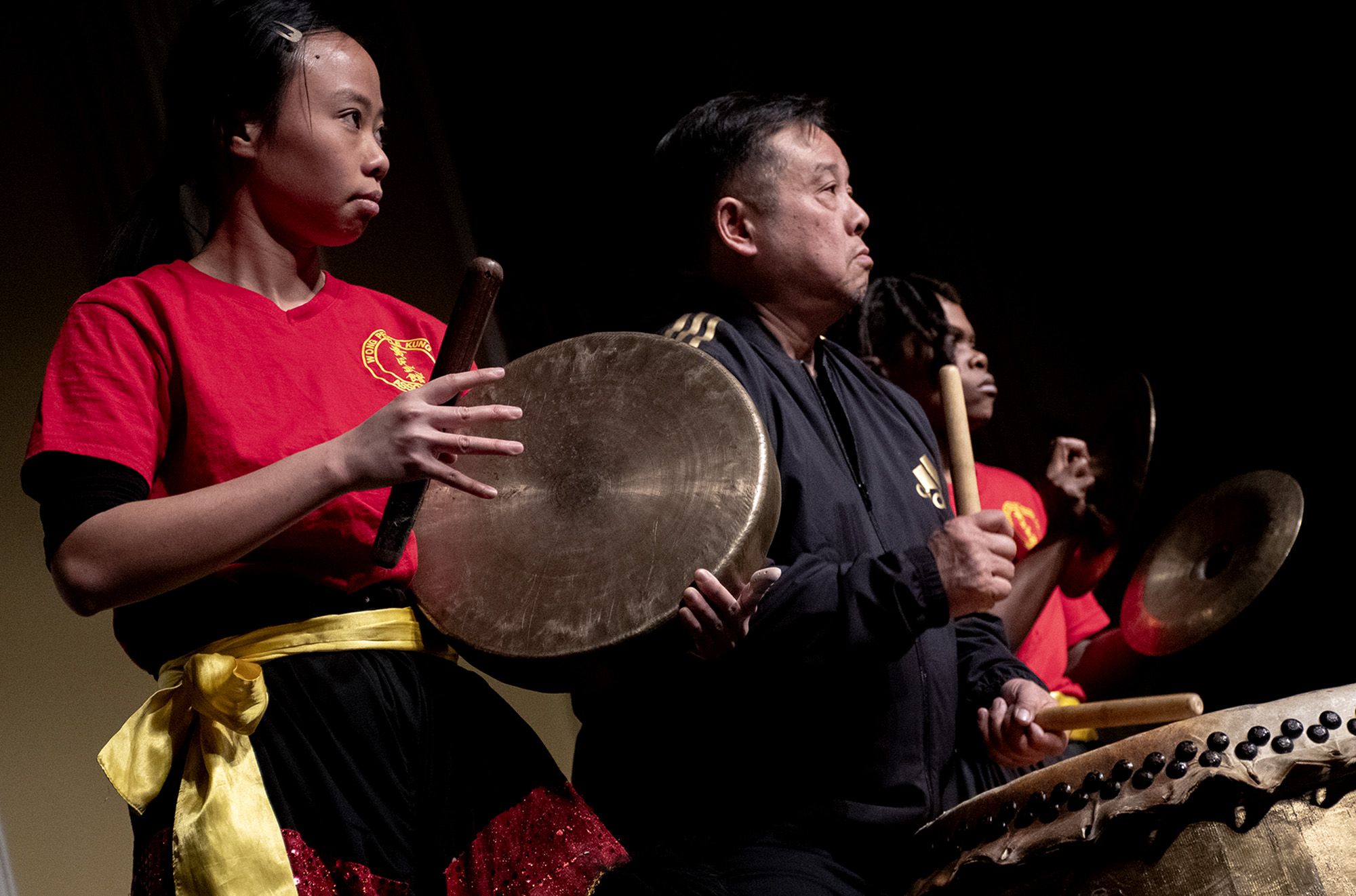 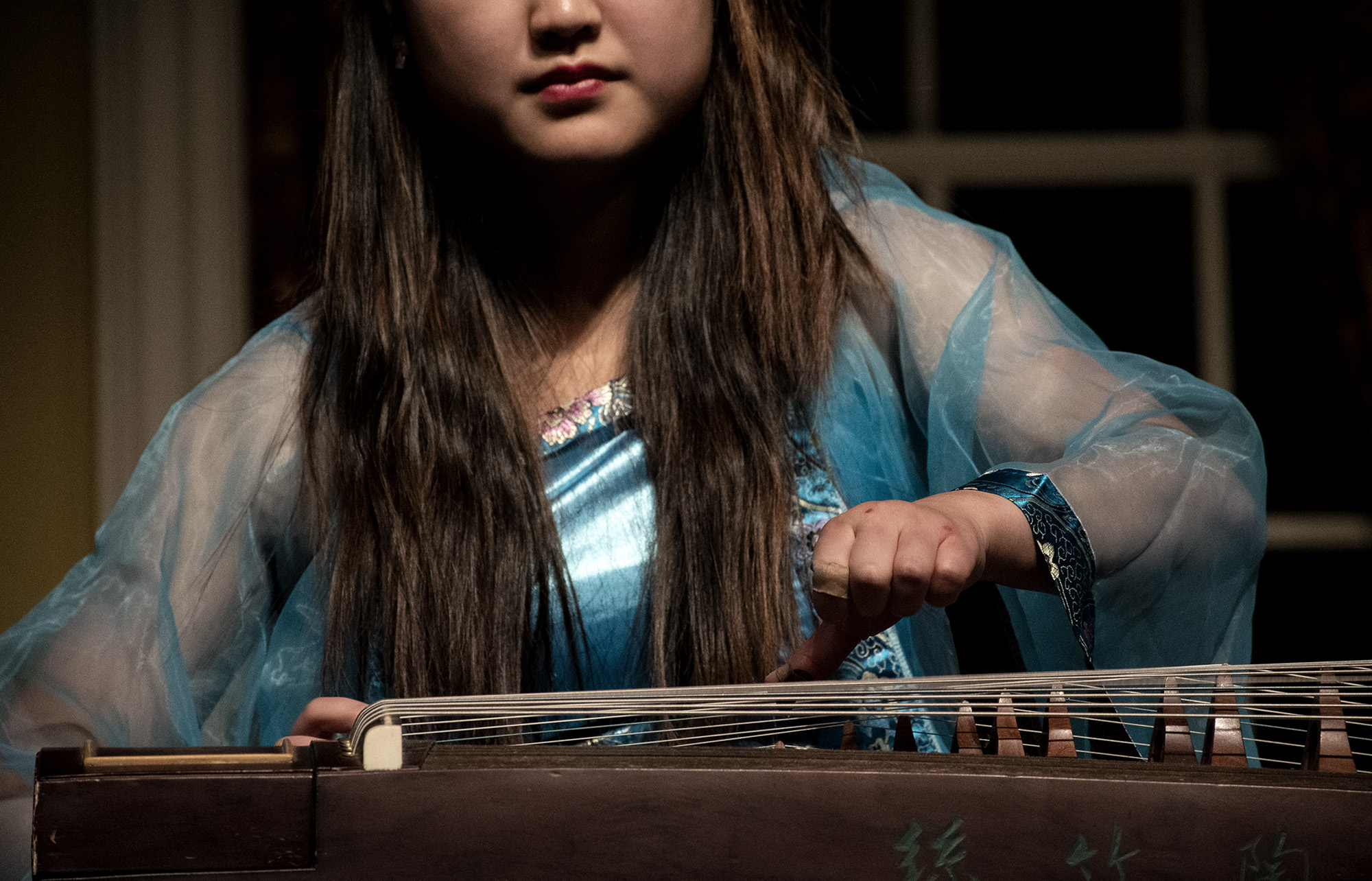 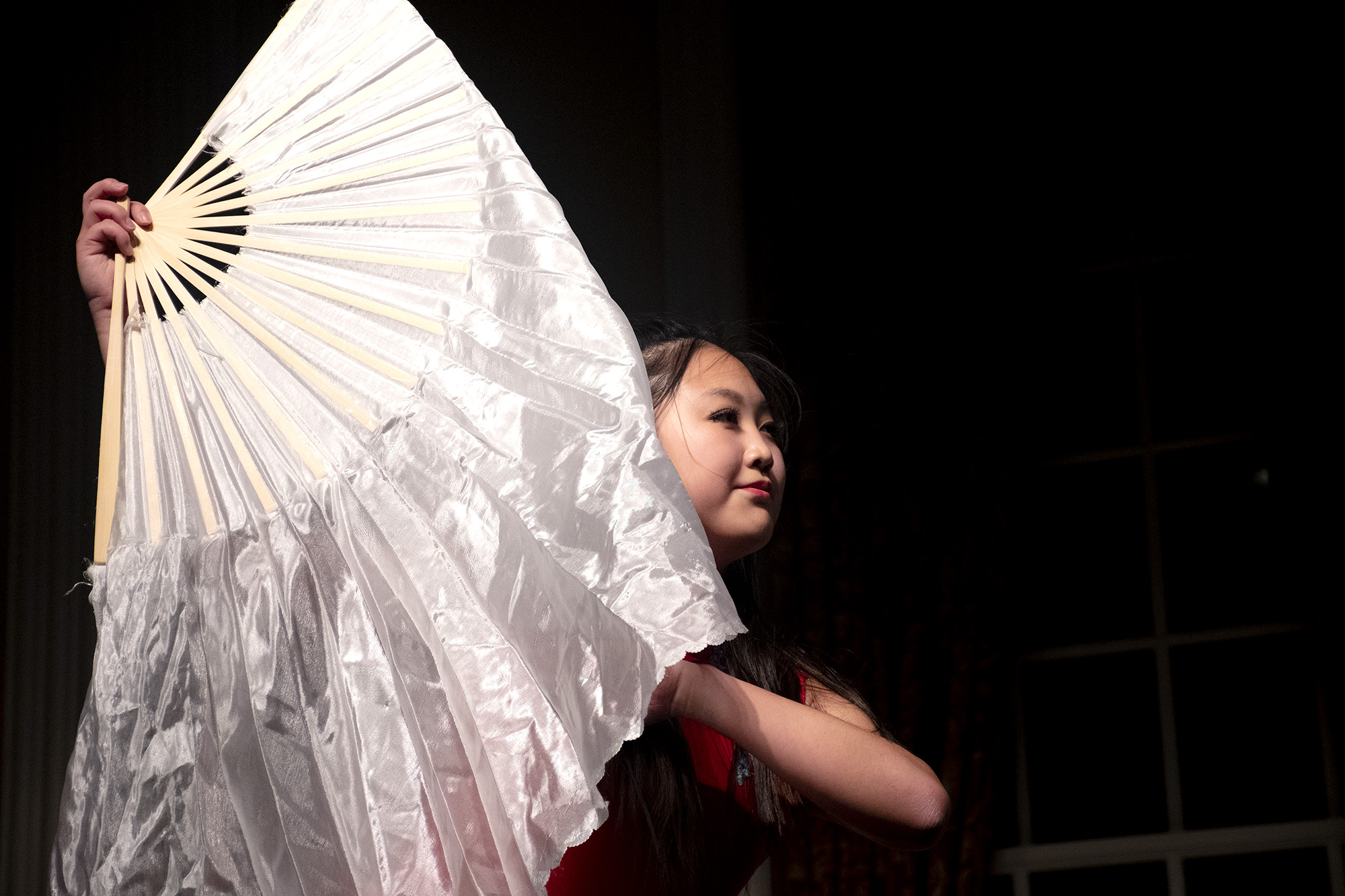 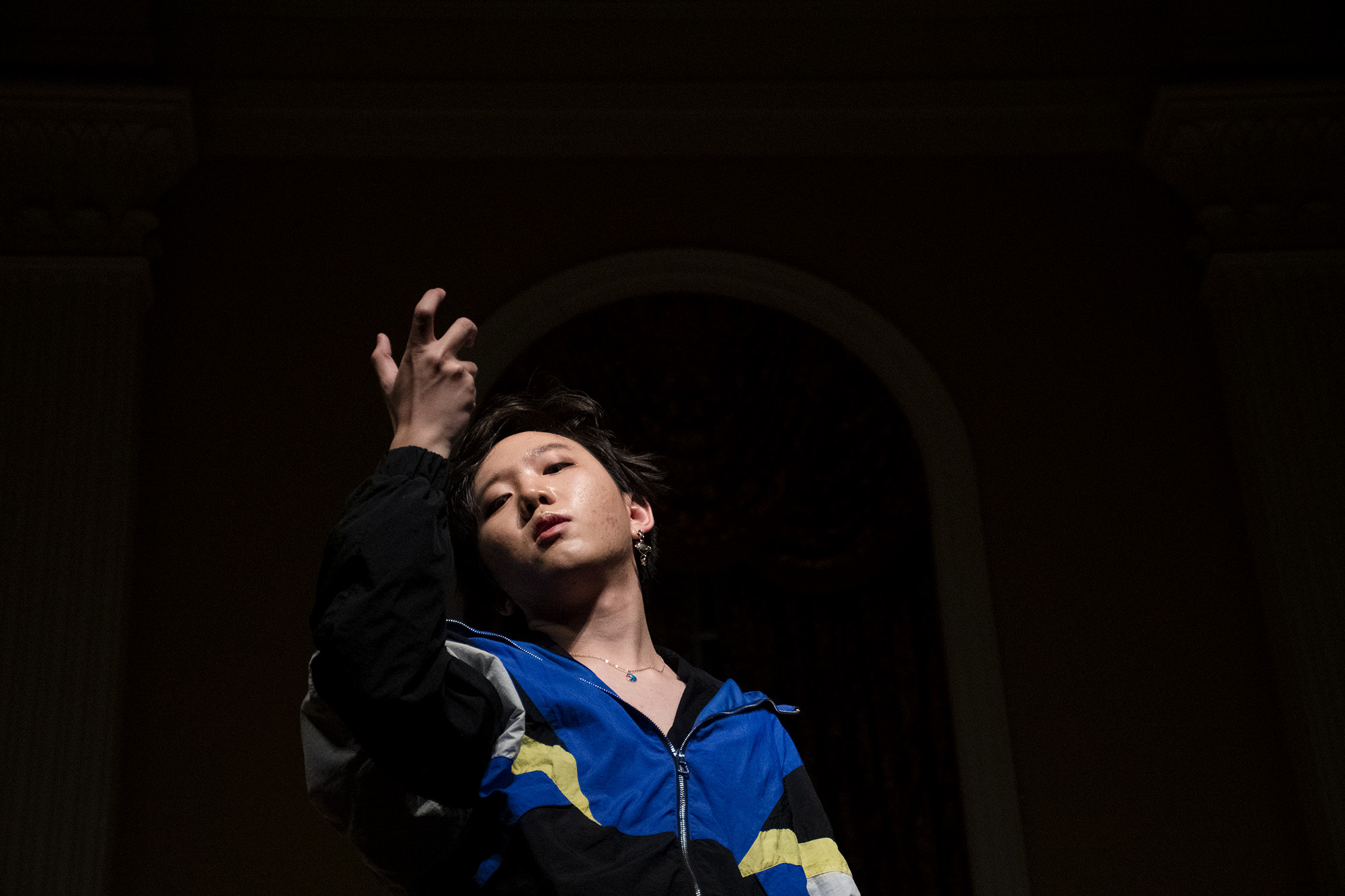 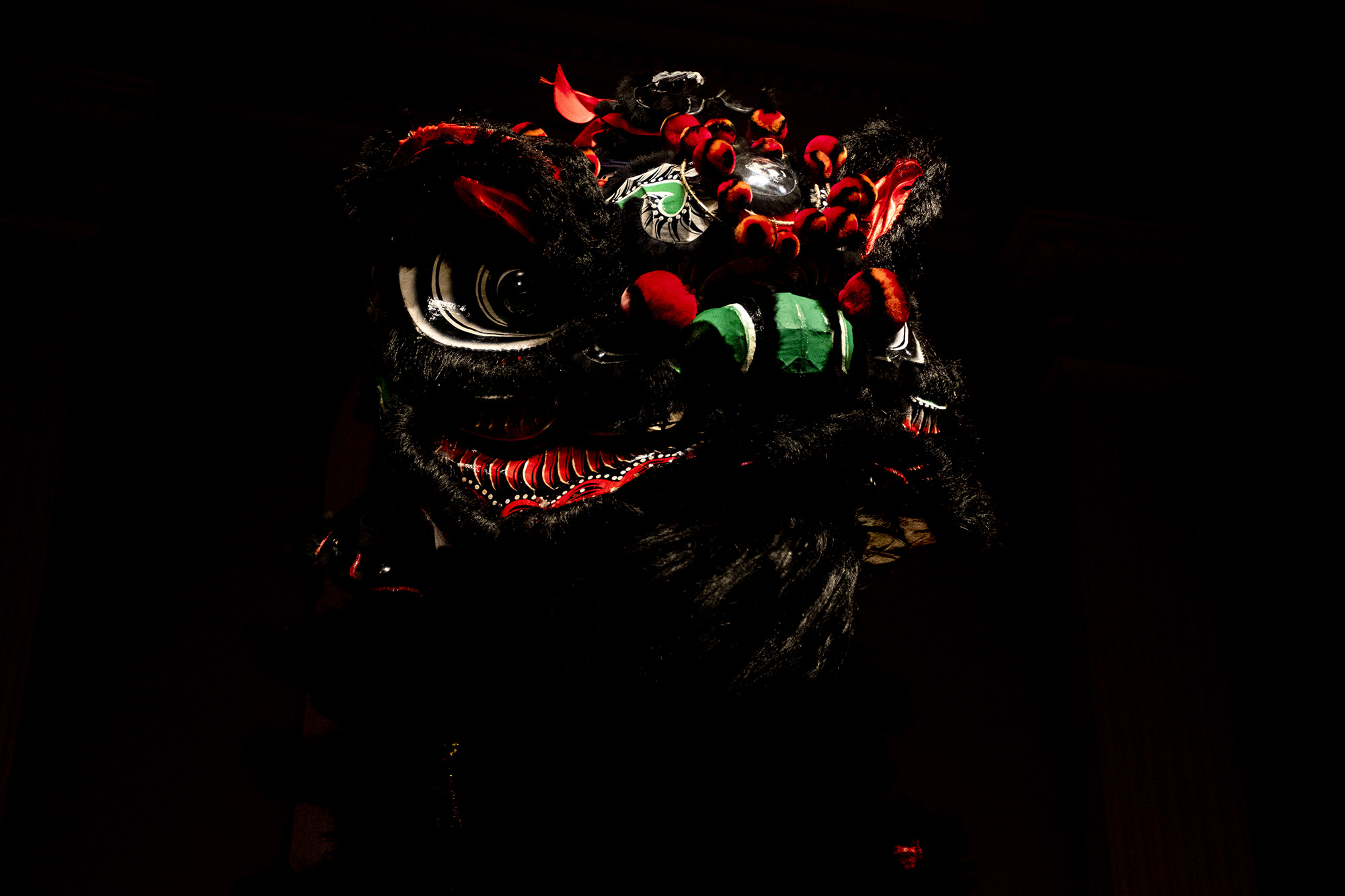 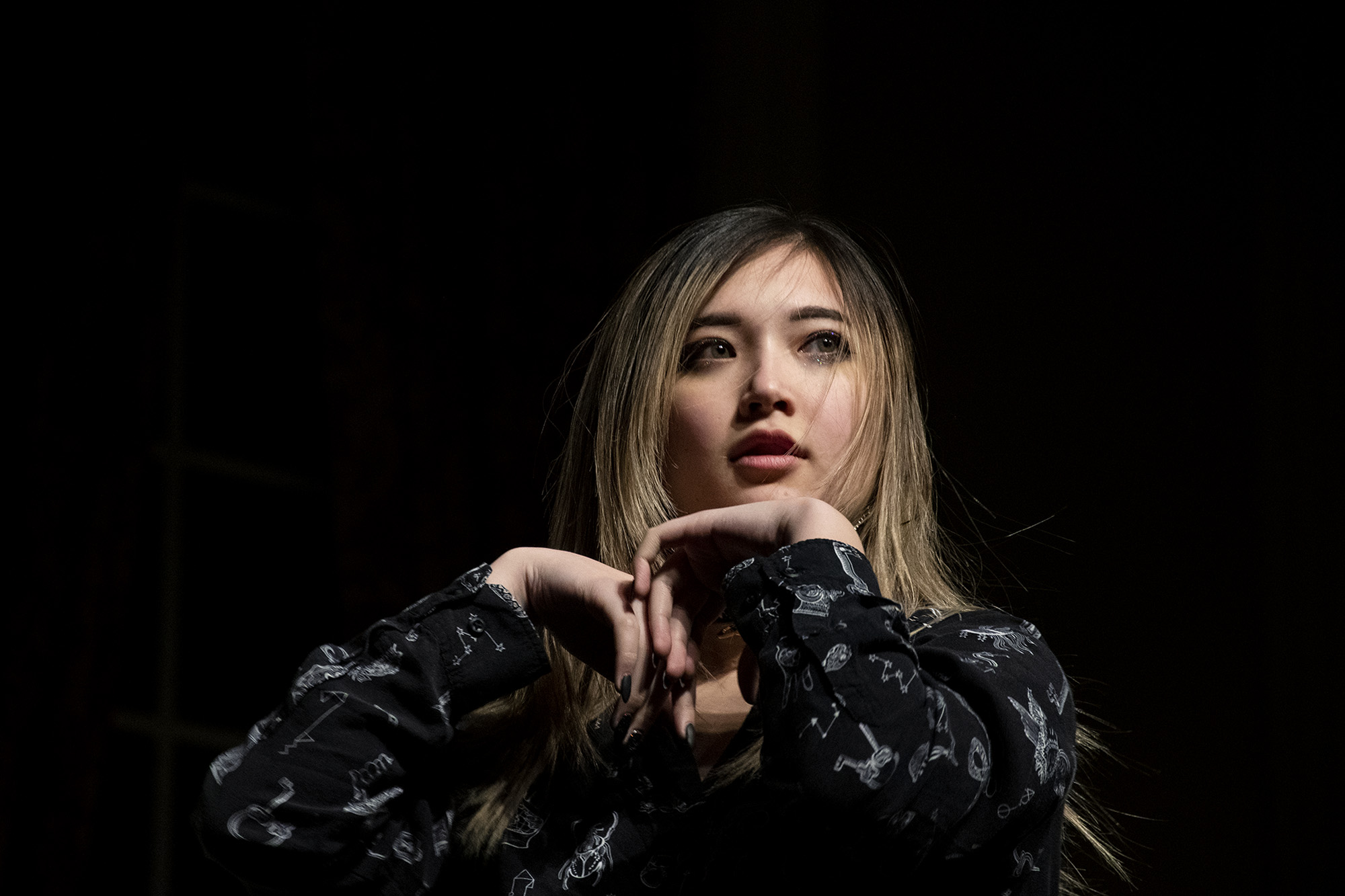 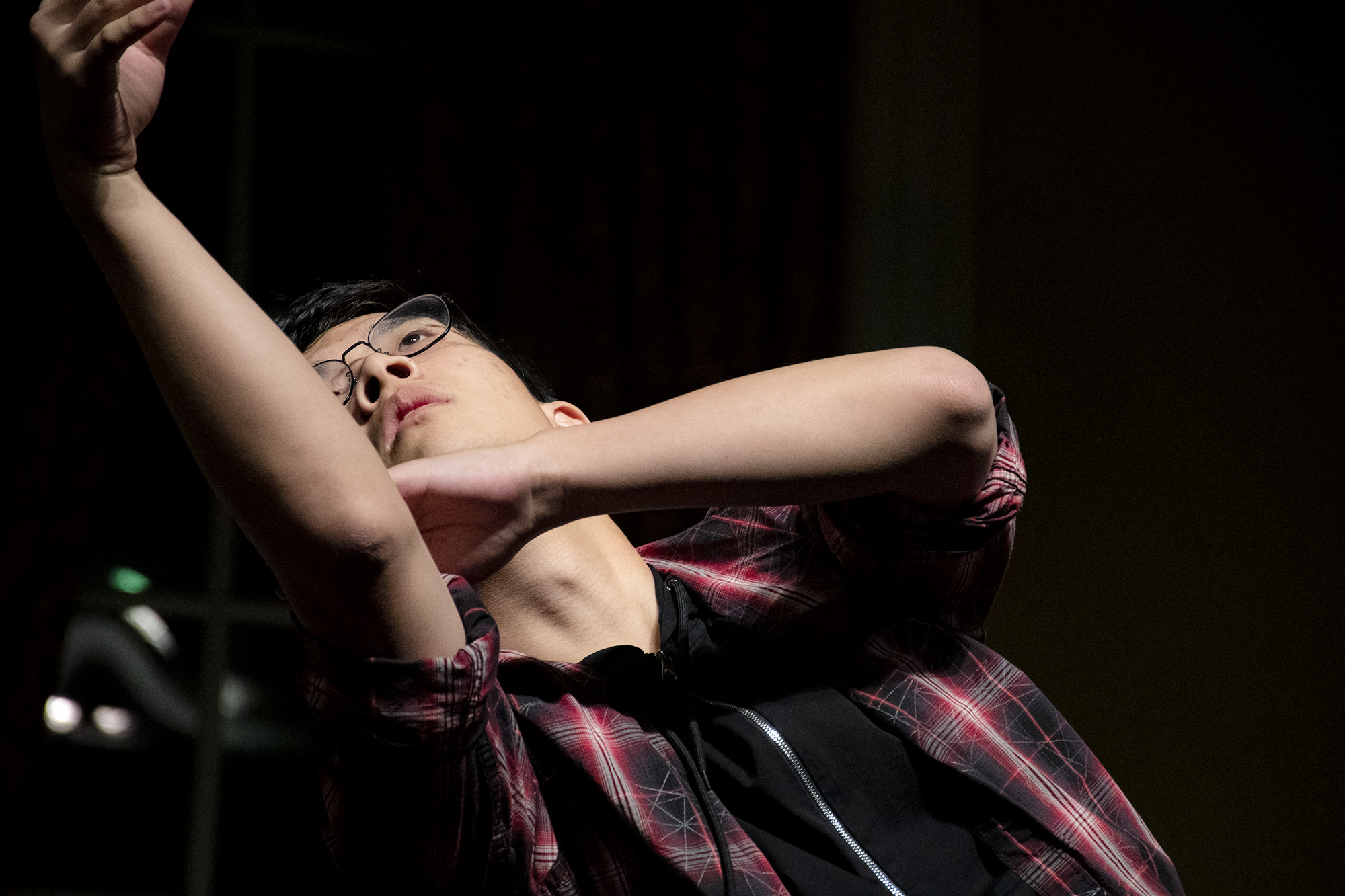 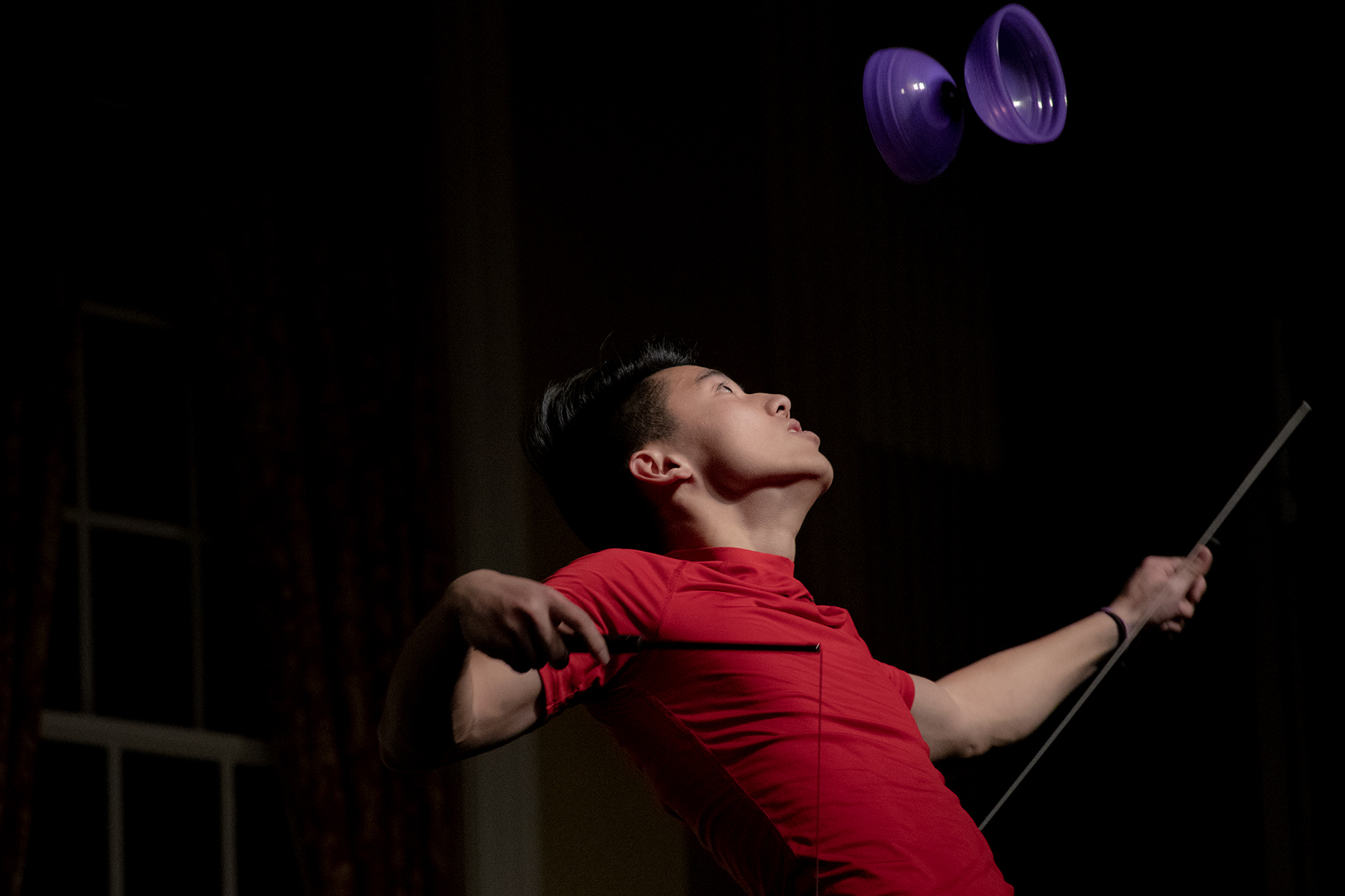 Throughout the night, attendees shared a message of having a family away from home

“It’s really cool that we all get together,” said Crystal Lin, a sophomore chemical engineering major. “It’s kind of like your family at the University of Maryland, and that’s an important thing to have while you’re not at home all the time.”

Zhang said CSA tries to host the event as close as possible to the Chinese New Year date because some students do not have the time or financial ability to go home and celebrate.

The Lunar New Year was scheduled from Jan. 24 to Jan. 30 — New Year’s Day was Jan. 25 — but following the coronavirus outbreak, the Hubei province where Wuhan is located, extended the holiday until Feb. 13.

The Chinese Student Association set up the banquet through six different committee teams: performance, video, logistics, experience, marketing and food. The CSA had various performances that astounded the audience as well as food catered from East Pearl in Rockville.

“I really enjoyed TerpWushu and GGWB dance collab,” said junior chemical engineering major Jonathan Chang. “I think that was their first time performing together. My sister is in TerpWushu too and she was in the performance.”

The event hosted one musical act performed by Kellen Liu on the guzheng — a Chinese plucked string instrument that captured and held the ears of the audience.

“She gets better and better every year,” Lin said.

The CSA’s effort to create an entertaining night allowed for communities to come together in a more traditional fashion. To conclude the event, the co-presidents of the CSA wished everyone a happy new year and passed out red envelopes as a sign of good luck.

Many students stayed afterward to chat and take photos with friends as they entered the Year of the Rat.

“It’s one of my favorite events to go to,” said Rolane Qian, a senior chemical engineering major. “I wasn’t with my mom this year, but I still made all the food and called her.”